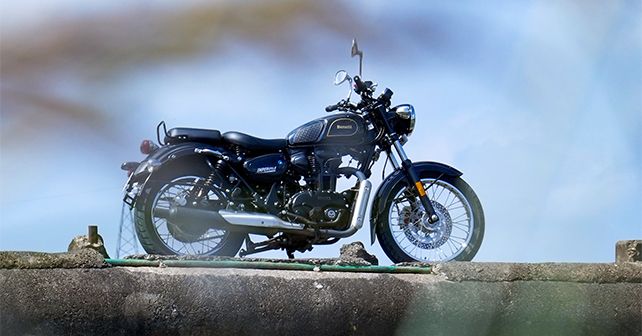 The Imperiale 400 will be Benelli's first BS6 offering in the Indian market.

Benelli will be launching the Imperiale 400 BS6 in India in April 2020. The Imperiale 400 was thus far available in BS4 version in the country, and was launched in October 2019. Apart from a BS6 compliant motor, changes in the new Imperiale are expected to be minimal. The Imperiale 400 is currently priced at Rs 1.79 lakh (ex-showroom), so expect the new BS6 version to cost around Rs 5,000-7,000 more than the outgoing BS4 version.

The Imperiale 400 is the most affordable Benelli motorcycle in the country and even after the update that should continue to be the case. This modern classic motorcycle, which competes with the likes of Royal Enfield Classic and Jawa Forty Two, features an air-cooled, 374cc, single-cylinder engine, which gets fuel injection and four-valves. The engine produced 20.7bhp and 29Nm in the BS4 version, so expect the power and torque figures to remain more or less unchanged in the BS6 version. The engine will come mated to a six-speed gearbox.

Apart from the powertrain, expect the rest of the components of the bike to be untouched and they’ll appear in the same form in the updated version. This means it’ll continue to come fitted with 41 mm telescopic front forks and pre-load adjustable twin-shock absorbers at the rear wheel, and a 300 mm disc at front wheel with a two-piston floating calliper & a 240 mm disc with a single-piston calliper at the rear wheel, along with dual-channel ABS. The tyre size will be identical to the current model, meaning it’ll have 110/90-19 unit at the front and 130/80-18 unit at the rear.

There’s still no surety if the new bike will be readily available after its launch. Thanks to the ongoing lockdowns due to COVID-19 outbreak, Benelli has also shut its manufacturing unit until 31st March, 2020. So, in case the situation worsens, the launch and sale of the bike will likely get delayed.