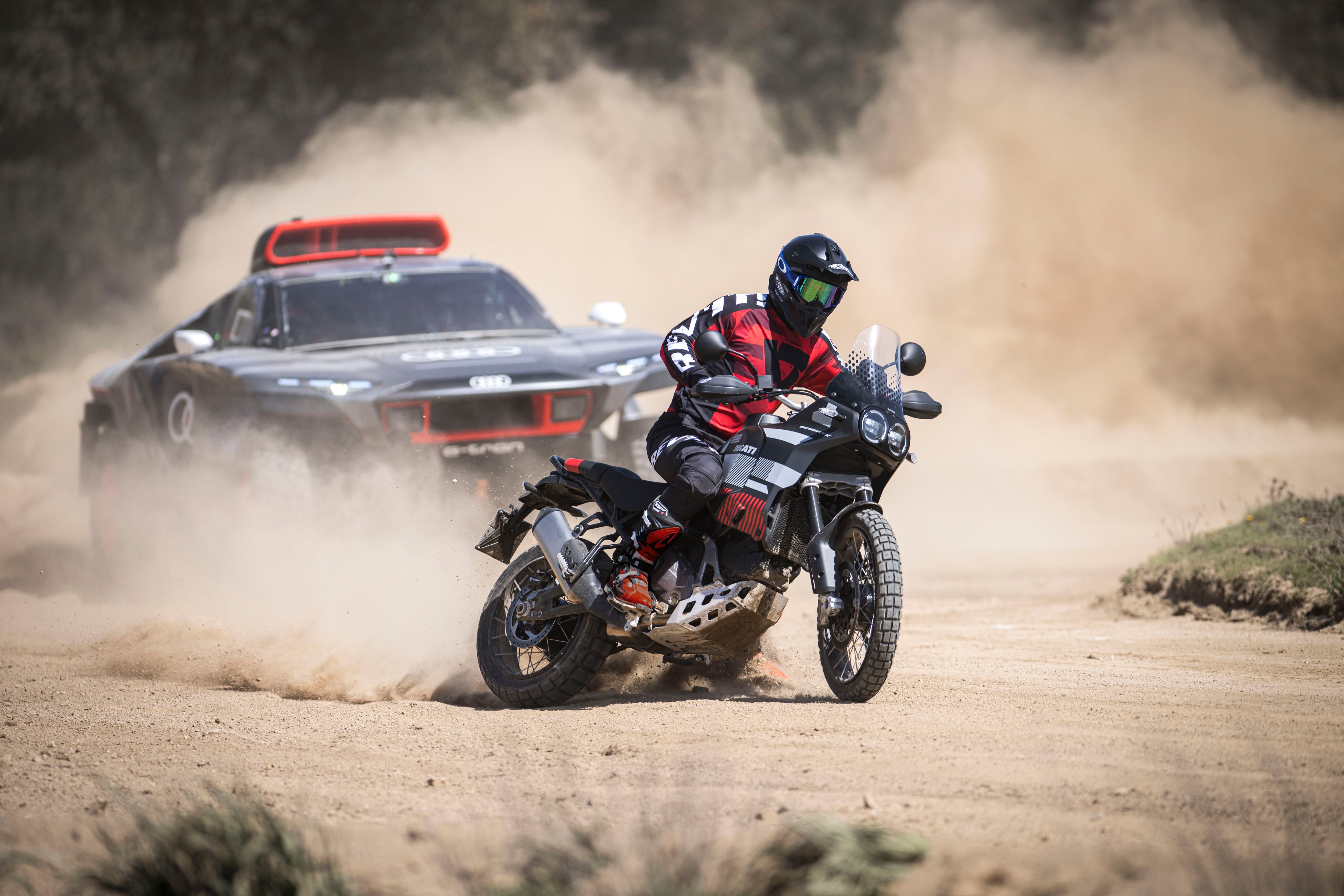 Ducati plans on bringing the DesertX Enduro motorcycle to India by the end of the year.

Italian bikemaker Ducati recently collaborated with Audi to bring together two epic off-road machines. Ducati brought in the DesertX middleweight Enduro bike, whereas Audi showed off the RS Q e-tron rally car from Dakar. Since it’s the Ducati that’s coming to India at the end of the year and not the Audi, we will focus on the former.

The two machines came together in Sardinia, an island in the Mediterranean. To capture the moment, Ducati had the Desert X draped in a special RS Q e-tron livery, which gave it quite a unique appearance. The Enduro motorcycle, which already looked quite purposeful, now looks futuristic and, at the same time, pays homage to the retro styling.

The DesertX is a very important bike for Ducati, as it’s the freshest thing to come out of their stables since the new-age Multistradas. It combines the convenience of riding a middleweight motorcycle with that of an off-road machine, making it a one-bike-fits-all kind of offering. 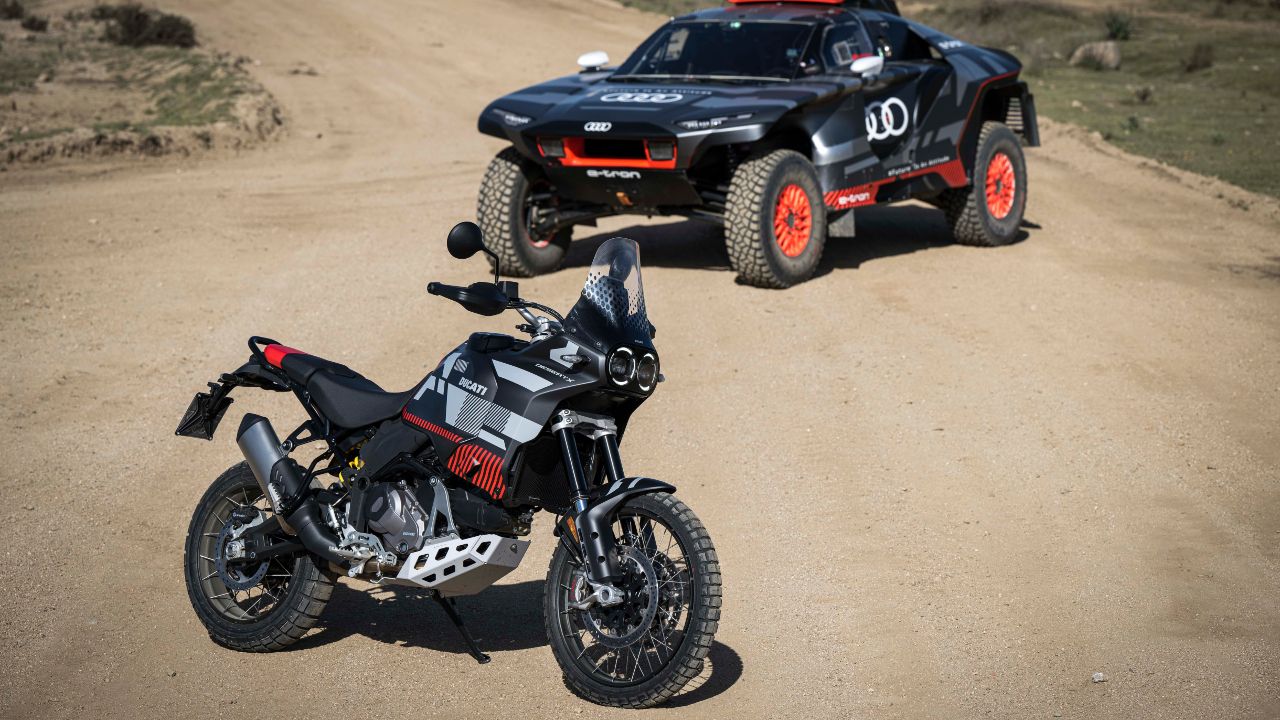 Here’s what Andrea Ferraresi, the Design Director at Ducati, had to say, 'When we saw the RS Q e-tron for the first time, we couldn't help but imagine it in action among the dunes and rocks together with the DesertX. This event gave us the opportunity to do so, and so we decided to create an exclusive livery, inspired by the colours and graphics of the Audi prototype. Seeing cars and motorcycles together off-road is truly a great show. The collaboration between the two brands and between their respective Style Centres is strong and important.'

The Ducati DesertX will come to India, and it will be Ducati’s last launch for 2022.