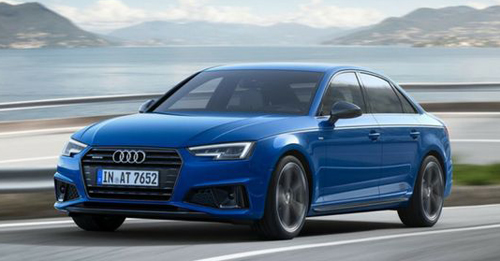 Audi A4 price start at ₹ 42.34 Lakh and goes up to ₹ 46.67 Lakh. Check out the entire Audi A4 variants on-road price in India. Get more info on Audi A4 new models, videos, latest news, and the up-to-date A4 four wheeler ex-showroom price. 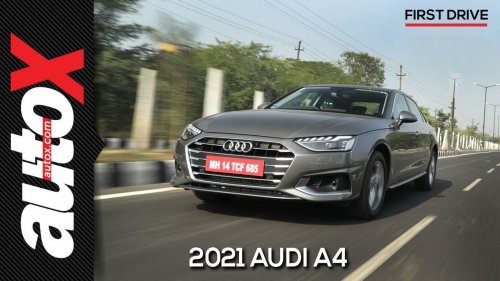 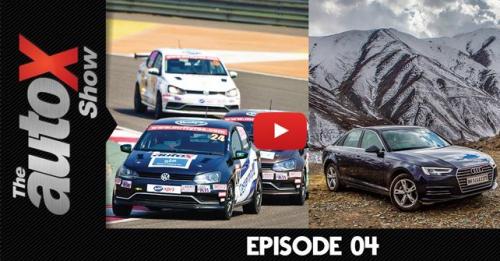 The A4 has been Audi India's best-selling model, given its positioning in the market. The 2021 Audi A4 is a facelifted version of the 2016 model, which already looked contemporary from the outside with sharp design lines and that unmistakable front grille. With the facelift update, the Audi A4 continues to feature an understated design, plush interiors, advanced features, and a punchy petrol powertrain. In its latest avatar, it takes on other German, British and Swedish rivals. Also keeping the competitive Audi A4 price in mind, it's sure to win over many hearts.

Visually, the 2021 Audi A4 new model is sharper, but the subtle lines do remain. At first, the car does appear wider too. The signature grille is larger, and it is now a bit broader too, making the front end a bit beefier than before. The new LED headlamps look attractive, and the bonnet gets some mildly visible creases on it. Along the sides, the wheels look a bit too boring given the overall impressive design job with the facelift. At the rear, the reprofiled LED taillamps with dynamic indicators look the part. The rear bumper is all new as well, as it now features trapezoidal exhaust tips and overall, the car has this stretched-out look, which places it amongst the classier ones in the segment.

The all-black dashboard of the 2021 A4 has a nice flow to it. Right in the middle stands a new 10.1 touchscreen infotainment screen with both Apple Carplay and Android Auto support. Moreover, ahead of the driver lies Audi's Virtual Cockpit digital instrument cluster. The quality of materials used is top-notch – just as you would expect from a car for Audi A4 on-road price – and there’s a piano black trim running across the dashboard that really adds a touch of class to the cabin. The haptic buttons for the ORVMs are pretty neat; so is the frameless rear-view mirror in the cabin. And the key's memory function is aware of your Drive Select mode, seat position, and air-conditioning functions. Up-front, the driver has a great seating position, the seats are well-bolstered and visibility is not an issue. At the rear, occupants have a lot of space, thanks to the lowered seat; there's ample headroom and legroom as well.

The 2021 Audi A4 is powered by a sole 2.0-litre TFSI petrol engine, replacing the 1.4-litre unit of its predecessor. It is good for 188bhp and 320Nm of torque, and it comes mated to a 7-speed dual-clutch automatic. Power is sent to only the front wheels, which means the car follows a front-wheel drive layout and, hence, it misses out on Quattro all-wheel drive.

Headlined by a bigger and more powerful 188bhp 2.0-litre TFSI petrol engine, the Audi A4 facelift has now gone on sale in India. It's available in two trims - Premium Plus and Technology. The new....

The 2021 Audi A4 facelift's assembly operations had started at Audi's Aurangabad plant in December and shortly afterwards, bookings were thrown open. Now, the German marque has confirmed that the.... 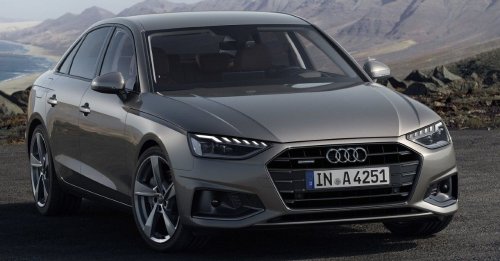 With production of the A4 facelift commenced at the Aurangabad facility already, Audi has now started accepting bookings for a minimum amount of Rs 2 lakh. Expect the A4 facelift to be launched in.... 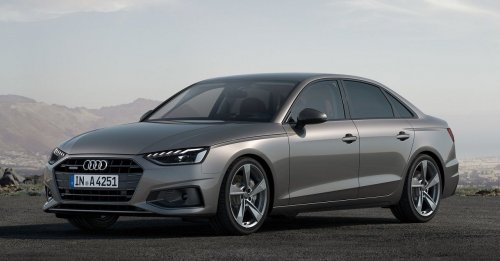 Audi has commenced the local assembly of the updated A4 sedan at Aurangabad. The new A4 comes with refreshed styling, new features and it'll feature a bigger 2.0-litre petrol....

What is the current on-road price of Audi A4?

What is the price of the top variant of Audi A4?

Which year did Audi introduce the A4 in India?

What are the top competitors of Audi A4?

The Audi A4 goes up against the Jaguar XE and Volvo S60 in the Indian market.

Audi A4 Car Price in India

Audi A4 Price in Nearby Cities