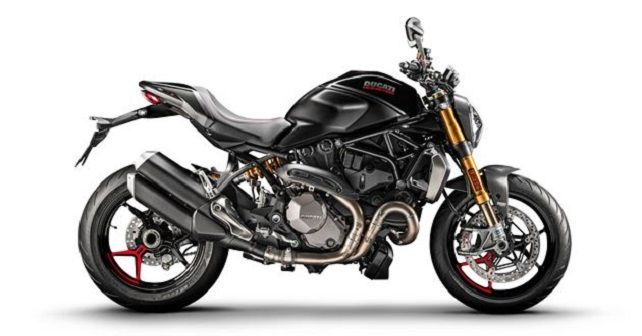 Ducati makes the Monster 1200 S more menacing by giving it a 'Black on Black' livery. Sadly, it's not expected to come to India anytime soon.

This is the Monster 1200 S that dons a new ‘Black on Black’ livery for model year 2020. As you can see, this dark themed version of Ducati’s heavyweight street naked comes with an all-black theme to make it look more menacing. And, nope, you won’t be seeing this in India anytime soon.

Coming to the ‘Black on Black’ livery, this special edition version of the Monster 1200 S gets a mix of gloss black and matte black paint on different panels of the motorcycle. There’s a dash of red in the mix as well, which can be seen in one of the three Y-spokes of both the wheels. Apart from this, the 1200 S Black on Black edition is unchanged from the regular model.

Powering the motorcycle is the same 1,198cc liquid-cooled V-Twin motor that develops 145bhp of peak power output and 124Nm of torque. The engine is mated to a six-speed gearbox. In terms of equipment, it packs a lot and then some. Like the standard S model, this one also gets fully-adjustable 48mm Ohlins front fork and a monoshock at the back. Braking duties are performed by high-spec Brembo M50 monobloc calipers, while cornering ABS, wheelie control, quickshifter and traction control are also part of the package.

Like told earlier, the Monster 1200 isn’t on sale in India at the moment, so it’s unlikely that Ducati India will bring this blacked-out version here. So, if you’re a fan of the Monster range, you’ll have to make do with the Monster 797 or 821 at the moment. Or, if you want a bigger street brawler from Bologna, the recently launched Diavel 1260 isn’t that bad an option either…