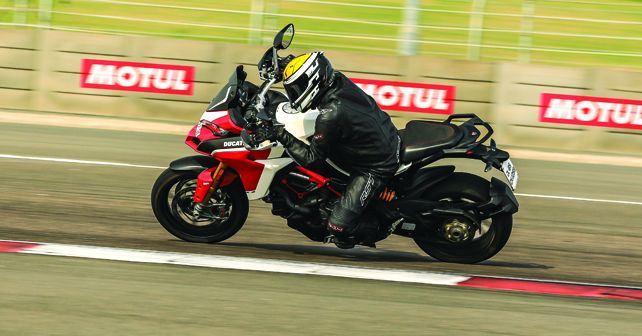 Ducati is reportedly working on a V4-powered version of the Multistrada. The bigger and more powerful version is expected to make its global debut at EICMA 2019 in November.

Rumours are rife that Ducati is working on a V4 version of the Multistrada. If sources are to be believed, the Multistrada V4 could be heading for its global unveil at EICMA show in Milan later this year in November. If that turns out to be the case, the Multistrada V4 may reach the showroom floors across the world by as early as 2020.

After the Panigale V4, Ducati has always seemed keen on plonking this stunning motor in other applications. The Streetfighter V4 – which is the naked version of the Panigale V4 – has already been revealed and it’ll go on sale soon. Now the next model to get the V4 motor will be the Multistrada. The engine is expected to be a re-worked unit of the same 1,103cc motor, with a speculated power output in excess of 190bhp!

While the Multistrada V4 is in the works, it’s also reported that the current twin-cylinder will stay. And that would mean the V4 version will sit at the top of the range, while the existing 1260 L-Twin versions will be available alongside. In addition to a new motor, the Multistrada V4 may also debut Ducati’s latest safety tech, which includes a radar system. Apart from this, the design is expected to remain more or less unchanged.

More details will be out in the coming weeks, and hopefully we’ll get to see the production version at EICMA 2019 as rumoured.