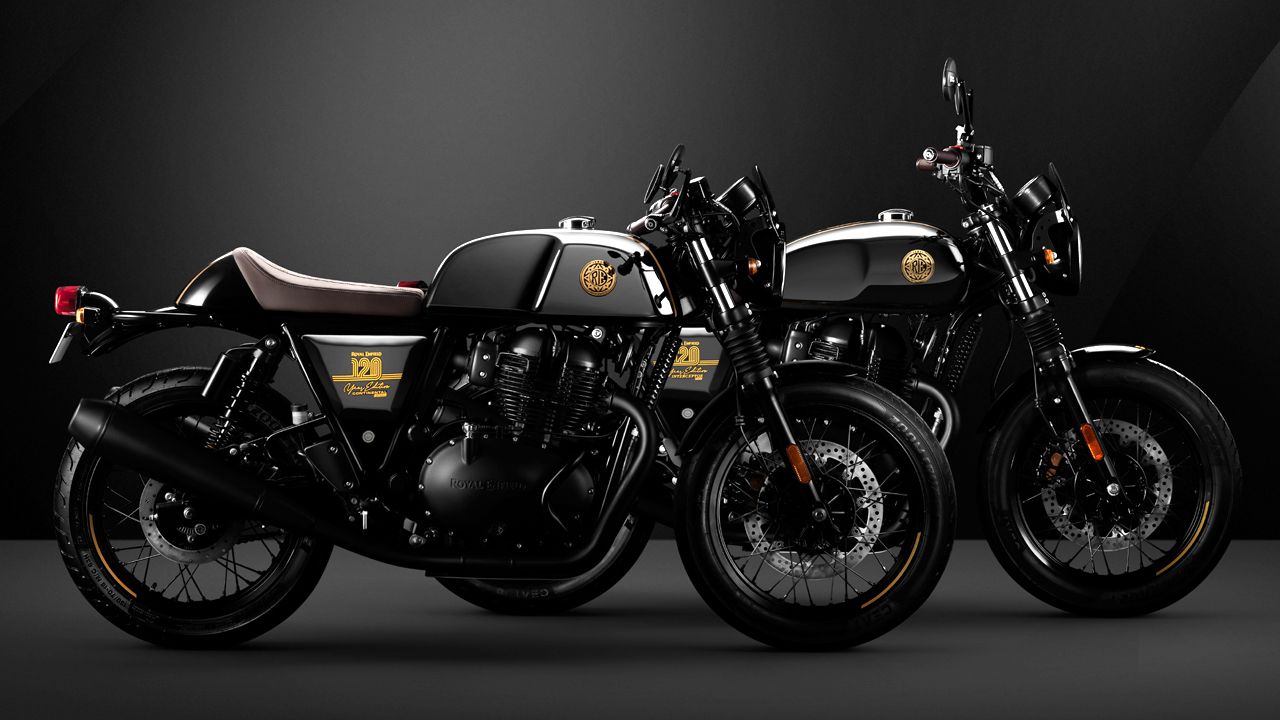 What better way and place for a bike brand to celebrate its 120th anniversary than displaying its products at EICMA!

Royal Enfield launched its first motorcycle at the Stanley Cycle Show in London in November 1901. And now, Royal Enfield has chosen EICMA 2021 as the stage to unveil the 120th Year Anniversary Editions of the 650 twins – the Interceptor INT 650 and the Continental GT 650 – alongside a new SG650 Bobber Concept, which is likely to spawn a production model sometime next year. Here's a closer look at these special editions.

First and foremost, what you need to know is that the 120th Year Anniversary Editions of RE's 650 twins will witness a limited production run of just 480 units. Only 60 units of the Continental GT and the Interceptor INT 650 each will be produced for India, Europe, the Americas, and South-East Asia. For Indian customers, these bikes will be made available via a limited-time online sale on 6th December 2021 on the RE website. The details of the sale process will be shared directly with those customers who've registered on the website, starting 24th November. 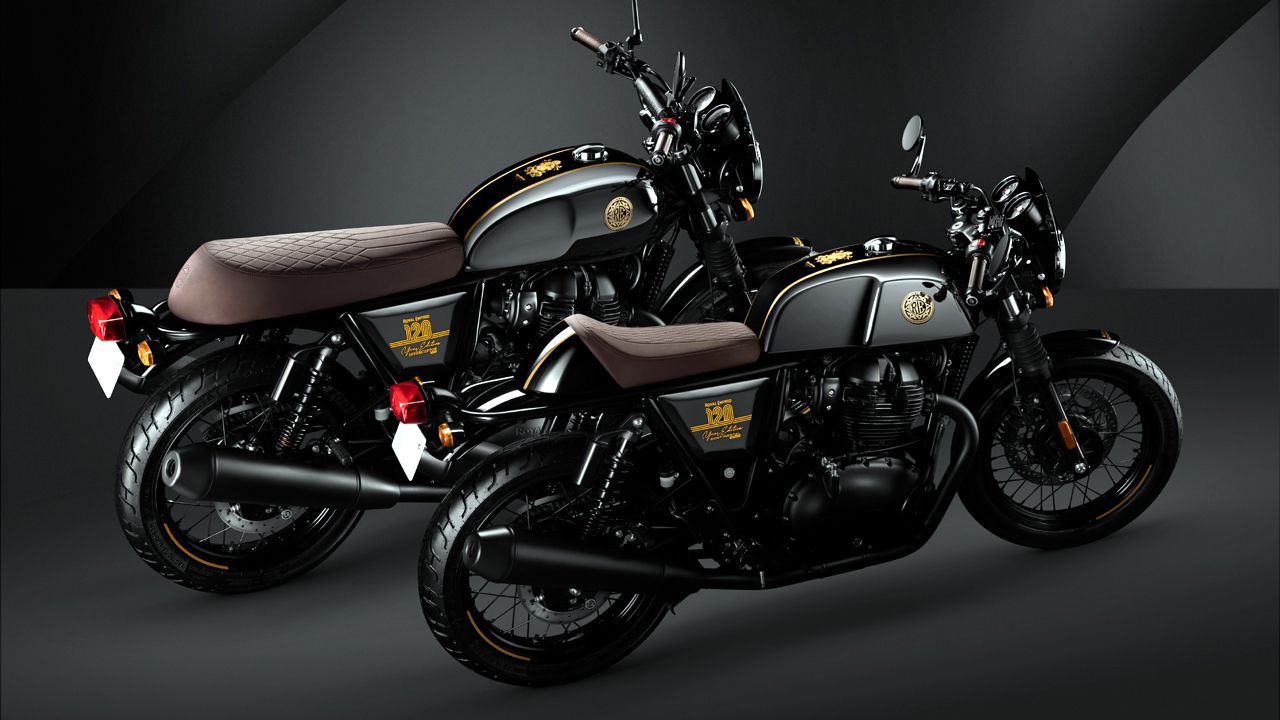 As for the visual highlights, the 120th Year Anniversary 650 twins feature a bespoke black-chrome fuel tank. To complement this, the bikes have been given an all-black look with major components like the engine, silencer, and wheels featuring black colour schemes. Plus, both bikes also come fitted with a number of RE Genuine Motorcycle Accessories. To give them a distinguished identity, each bike gets a very unique handcrafted die-cast brass tank badge, along with hand-painted pinstriping. The tank badge on each bike will also wear a unique serial number, indicating that it is one of 60 motorcycles in one of the four regions mentioned above. The 120th Anniversary Editions will also be highlighted by a bespoke side panel decal.

If the 650 twins weren't enough, RE has also showcased a bobber concept called the SG650 at EICMA. Based on the brand's 650cc engine platform, which also underpins the 650 twins, the SG650 has been designed primarily to celebrate the theme of 'transition' – a symbolic indication of RE's transition into a brand of the future. 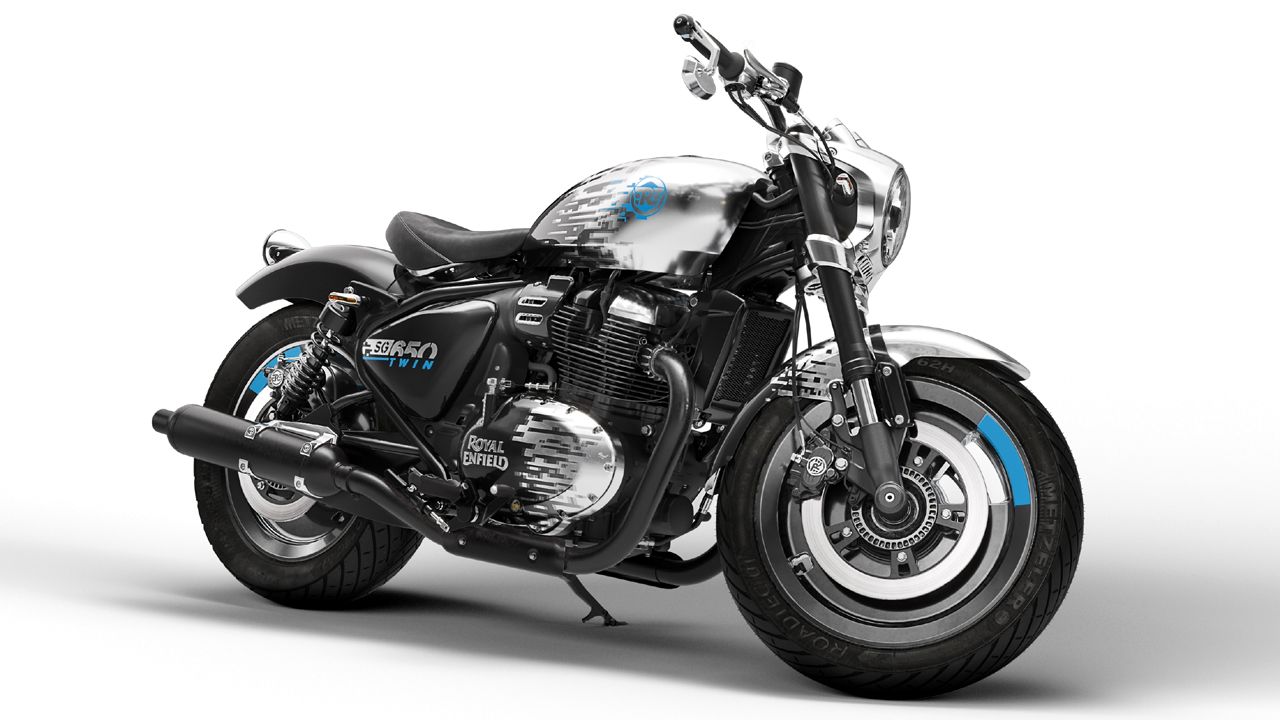 According to Adrian Sellers, Group Manager, Industrial Design and lead for the SG650 Concept project, 'There are some really special elements to this motorcycle that are a first for a Royal Enfield concept – many of the components have been individually fabricated or designed exclusively for this motorcycle.' For example, the fuel tank has been CNC billet machined from a solid block of aluminium, and so have been the wheel rims with integrated ABS, bespoke brake callipers, and dual front brake discs.

A flat and wide handlebar, low-set seat, and mid-mounted footpegs give the SG650 a typical Bobber-like aggressive seating posture. And a modified subframe helps with the extra low-slung look. Though revealed only in its concept form, the SG650 is rumoured to spawn a production model likely to be called the Shotgun 650. However, confirmed details of the Shotgun are yet to be revealed.