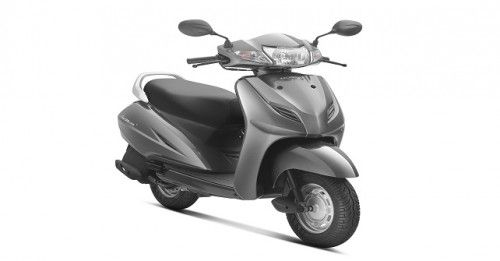 With sales of 2,07,270 units, Honda Activa emerged as the highest selling two-wheeler in India in the month of March 2015.

Another noteworthy thing is that the Honda Activa is the only Automatic scooter (ATSC) in India to feature among the Top 10 selling two-wheelers in FY'14-15.

Speaking about Activa’s continued success, Mr. Yadvinder S. Guleria- Senior Vice President, Sales & Marketing, Honda Motorcycle & Scooter IndiaPvt. Ltd. said, “This achievement is more significant since Activa (an ATSC) has displaced a motorcycle for numero uno position in Indian 2- wheeler industry. In the journey of becoming India’s No.1 selling 2Wheeler, Activa has broken the glass ceiling as the only ATSC to feature in top 10 selling two-wheelers in India. Today, Activa is not only a market leader but more importantly the growth driver of ATSC segment growing a stellar 30% and surpasses the ATSC segment growth of 25% in FY’2014-15.”