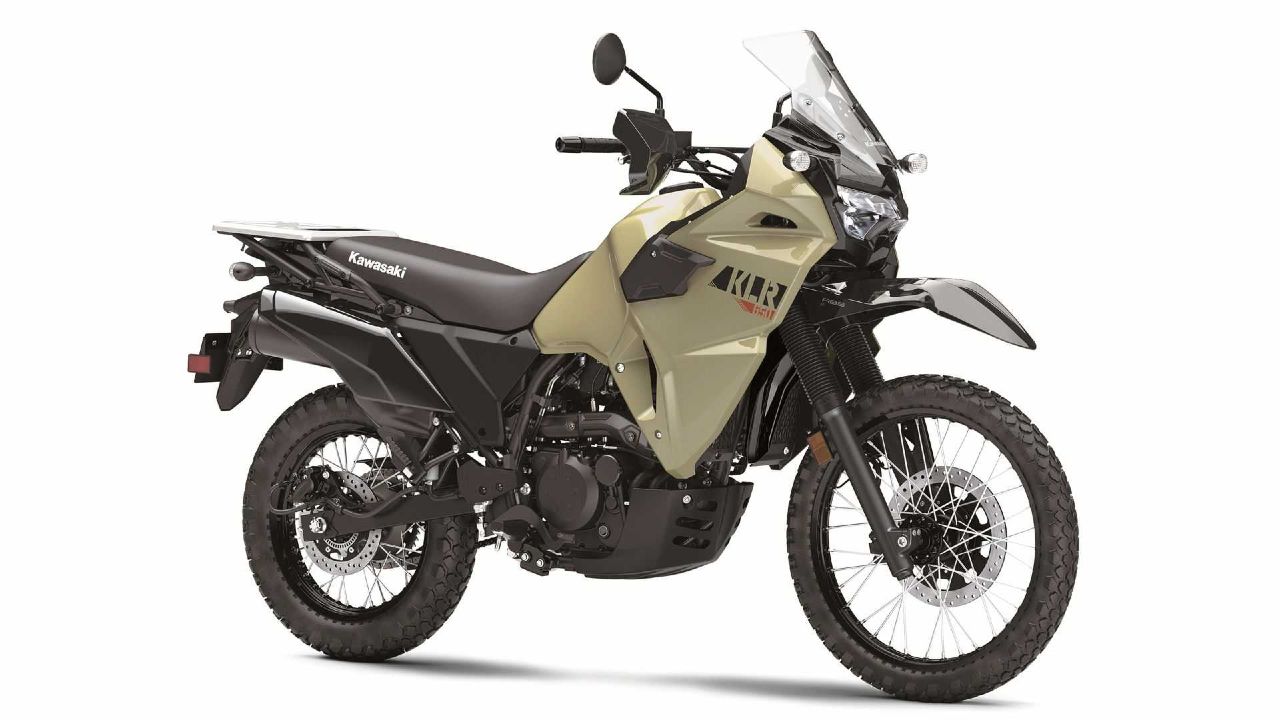 The iconic Kawasaki KLR650 is finally back! It pays tribute to the older model and gets the same rugged looks as well as the same engine layout. The KLR650 is one of the most popular mid-segment dual-purpose motorcycles.

The KLR650 is perhaps one of the most iconic mid-sized dual-purpose motorcycle. It was built to be a tough machine that could take you on adventures. The best thing about the KLR 650 was alwasy its price tag. It was relatively cheap and at the same time it was highly reliable.

While there have been rumours for months about its return, Japanes bike maker Kawasaki has now launched the motorcycle. The 2022 Kawasaki KLR650 pays tribute to the older model and is a carbon copy in terms of build and design. Kawasaki has taken the same approach as the Yamaha Ténéré, which is to offer a straight-forward motorcycle at a competitive price point and with minimal electronics.

To make the bike more accessible to adventure tourers the windscreen has been increased and the handlebars have been widened, and the seat has been made comfortable as well. It gets new LED lights for a modern take on the design and the fairings have also been revised.

The engine is now just a bit larger in the form of a 652cc single-cylinder unit. The cam profiles have also been revised to provide more grunt in the mid-range and fuel-injection has been added. It is a very simple engine and it will surely impress purists. Kawasaki also decided to stick with the 5-speed transmission.

Kawasaki has also kept the price tag pretty low and it will certainly grab a lot of attention. The base non-ABS variant is priced at $6,699 (Rs 4.8 lakh) in the US market, and $7,999 (Rs 5.8 lakh) for the top-end Adventure variant. There is no confirmation yet if the bike will make it to India. Currently, the Versys 650 is the only mid-segment ADV available in India from Kawasaki.