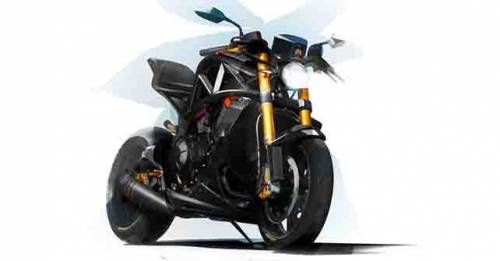 Ariel Motor teases the Ace R - a more powerful version of its Ace motorcycle. Only 10 units will be made.

Not many of you will be aware of the fact that British firm Ariel is into making motorcycles as well. While the marque is mainly known for its preposterously fast four-wheelers such as the Atom and Nomad, it has also been producing a motorcycle called the Ace since 2014. And now, the firm is all set to reveal a limited-edition, uptuned version of the motorcycle. Dubbed the Ace R, the motorcycle will be revealed at the NEC Motorcycle Live Show in the UK, which is scheduled to go live on November 19, 2016.

The standard Ariel Ace is built largely on the same platform as the Honda VFR1200F, meaning it’s powered by a 1,237cc V4 engine that churns out 173bhp and 131Nm of peak torque. The engine is paired to a 6-speed sequential gearbox but, like the VFR, it also comes with a DCT (dual-clutch) automatic transmission as optional. As per Ariel, the motorcycle can do up to 265km/h. It's quite fast by any standard, you've to say!

Another highlight of the upcoming Ace R is that it will be made in a very limited number of just 10 units. As a result, like other Ariel limited editions in the past, it will have a unique colour scheme and specification, showing its pedigree.

The standard Ariel Ace is priced at £32,000, which translates roughly to Rs 26 lakh! One can only imagine how much more the limited-edition Ace R is going to cost then… 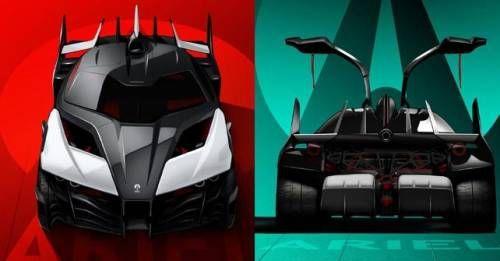