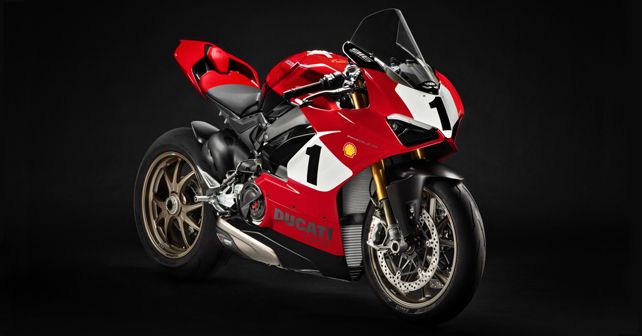 As we reported earlier, Ducati has prepared a special, limited-edition motorcycle, called the Ducati Panigale V4 25° Anniversario 916, which pays homage to the legendary Ducati 916 and commemorates its 25th anniversary. First unveiled in 1994, the 916 is the Italian marque's superbike icon of the 90s. It has been immensely successful in its World Superbike Championship (WSBK) career, with 120 race wins, 8 constructors' titles and 6 riders' titles to its name. As four-time WSBK champion Carl Fogarty has won three of his world titles aboard a 916 SBK (between 1994-98), the Panigale V4 25° Anniversario 916 was unveiled by him at the WSBK race weekend at Laguna Seca. 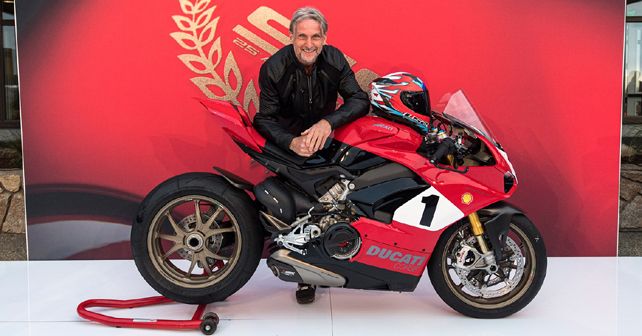 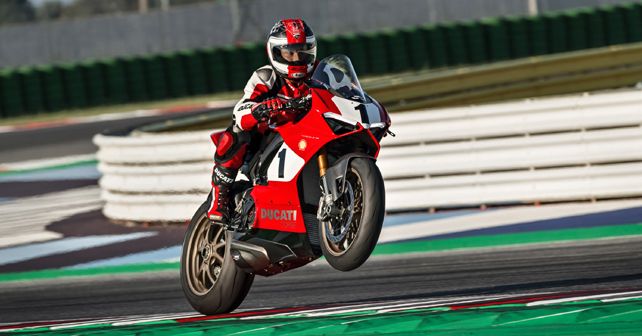 During the unveiling of the bike, Jason Chinnock (CEO, Ducati North America) also announced that the bike bearing the serial no. 5 will be removed from the selling lot and will be auctioned. The decision comes after the untimely demise of Ducati team rider Carlin Dunne, who lost his life in a tragic accident while doing his record run at this year's Pikes Peak International Hill Climb event. As #5 was Dunne's racing number, the bike bearing that serial number will be auctioned, with the proceeds going to a fund-raising effort aimed at providing Carlin's mother with support. 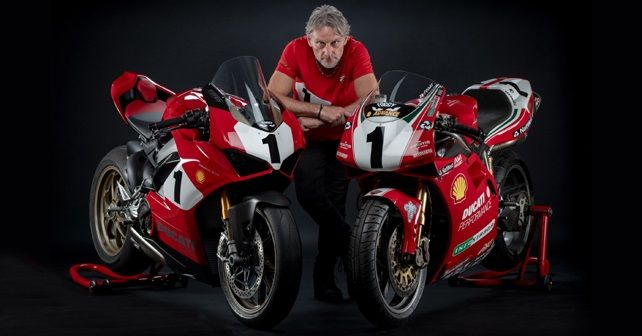 Sharing his thoughts, Sergi Canovas, MD at Ducati India said, 'The Ducati 916 is one of the most iconic motorcycles to have come out of the Borgo Panigale factory and it redefined design and performance at its time. At Ducati, we’re very proud of our heritage and what better way to celebrate the 25th anniversary of the 916 than to produce an ultra-exclusive version of the Panigale V4, recognizing our present and the past. The Panigale V4 25° Anniversary 916 is coming to India and I’m sure bike enthusiasts and collectors alike will appreciate its uniqueness.'

As mentioned by Sergi Canovas, the Panigale V4 25° Anniversario 916 will be coming to India and it is expected to reach dealerships in October 2019. At ₹ 54.90 lakh (ex-showroom) a piece, the bike will certainly be a sought after model among Indian bike collectors. However, we're yet to confirm as to how many of the 500 units have been allocated to India.