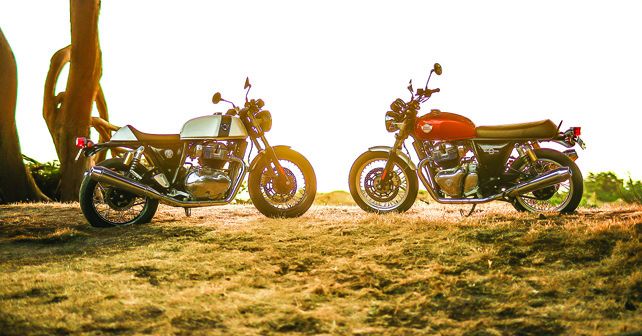 The capital expenditure of Rs 700 crore will be utilised to complete Phase 2 of the technology centre at the Vallam Vadagal plant in Tamil Nadu and towards the development of new platforms and products. The company has also announced Vinod K Dasari as its new CEO.

Last few months of the Financial Year 2018-19 haven’t quite gone as Royal Enfield would have liked it. The company’s sales have been gradually declining. In March, the company could only sell 58,434 units in the local market – a colossal 21 percent less than the same month last year. Thankfully for the Chennai-based brand exports have been on the rise. Royal Enfield shipped out 2,397 in March 2019 in comparison to 1,878 units in the same month last year. Although the last few months have been tough, the brand has managed to post marginal growth in the financial year. 8,26,098 Royal Enfields were sold in the Financial Year ending March 2019 as opposed to 8,20,492 units in the same duration last year.

One of the primary reasons for the decline in sales of Royal Enfield is the absence of substantial updates. Well aware of the fact, the company has now announced an investment of Rs 700 crore in the financial year 2019-20. The investment will be utilised in completing phase II of their technical centre in Chennai and the development of new platforms and products.

Speaking about the firm’s investment plans, Siddhartha Lal, MD, Eicher Motors Ltd. said, “This year Royal Enfield will focus on the upcoming transition to the BS-VI emission norms along with strengthening our product development capabilities and working towards new global platforms. The second phase of our Vallam Vadagal plant near Chennai, Tamil Nadu is progressing well and is expected to commence commercial production in the second half of this financial year. The construction of our Technology Centre in Chennai is also nearing its completion. With a wide distribution network in India, growing international presence and building state-of-the-art capabilities in product development, Royal Enfield is well on its way to grow the middleweight motorcycle segment globally in the coming years.”

Meanwhile, the company also announced that Vinod K. Dasari will take over as the Chief Executive Officer (CEO) of Royal Enfield. Dasari was previously the Managing Director and CEO of Ashok Leyland, a position he held since 2011.