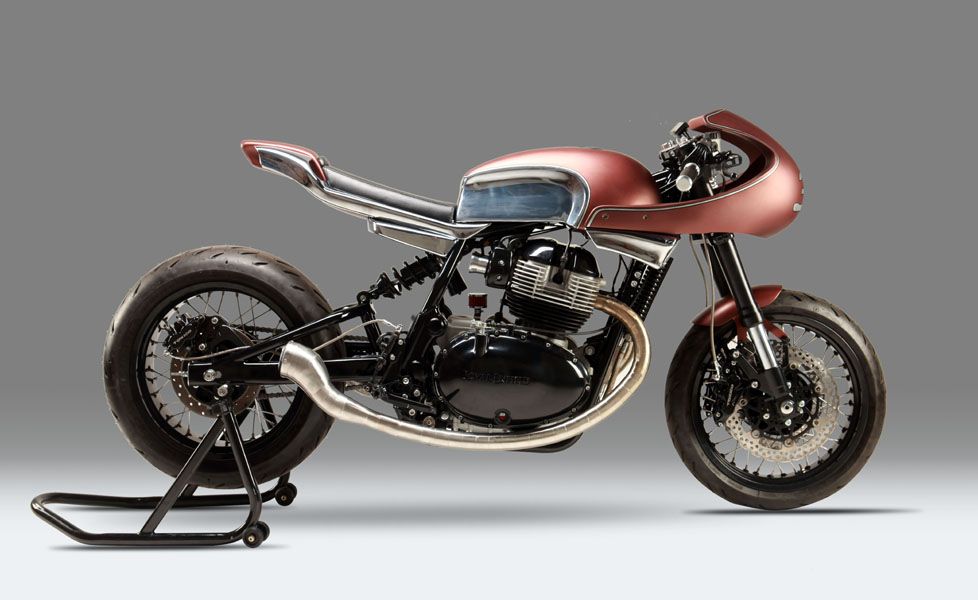 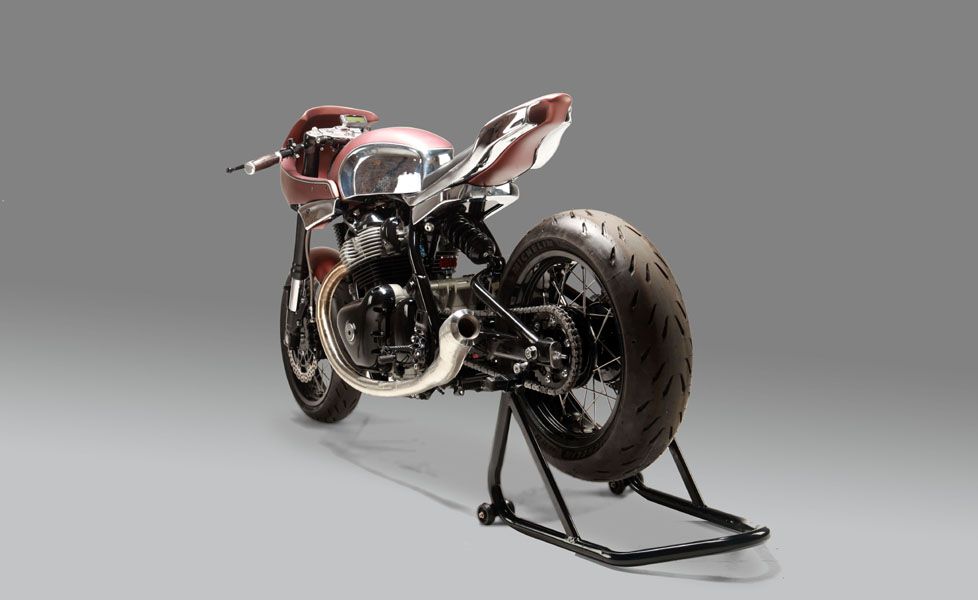 The custom-built cafe racer has been developed in association with the Indonesian design house Krom Works Garage.

Known for showcasing some bespoke custom builds at global events, Royal Enfield has been at work yet again as the bike maker has chosen the this year's Kustomfest event in Indonesia to showcase its latest custom creation - 'The 30' classic-modern cafe racer. The custom-built cafe racer uses a standard RE Continental GT 650 as its base & has been designed in collaboration with Krom Works Garage, a renowned Indonesian motorcycle customisation house.

Keeping the theme of this year's Kustomfest in mind, ' Back To The Roots', 'The 30' melds together the legendary past of the cafe racing tradition of the 60s with the modern, future-friendly approach suited to a new-age rider. While the chrome elements, matte black & copper elements represent the classical design philosophy, modern equipment like USD front forks, a rear monoshock & Brembo braking power represents the modern approach. The custom GT's name has been inspired by the age of its builder, which represents the bike's & its builder's journey.

Sharing his thoughts on the culture of custom-built motorcycles, Vimal Sumbly, Business Head (Asia-Pacific) of Royal Enfield said, 'The rich custom culture in Indonesia has been inspiring Royal Enfield for years to collaborate with local talent and create new custom builds every year that we have been unveiling at Kustomfest. Royal Enfield’s simple yet evocative motorcycles make them the perfect canvas for customisation, to express the builder’s vision and personality. "The 30" is yet another inspiring story, that reflects the never-fading glory of cafe racers in more than seven decades of its existence, which Royal Enfield brought back in the form of the Continental GT 650.'