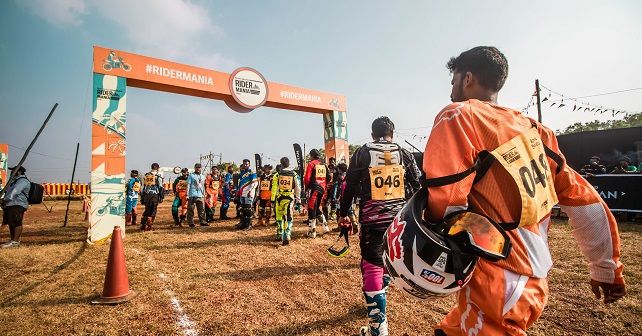 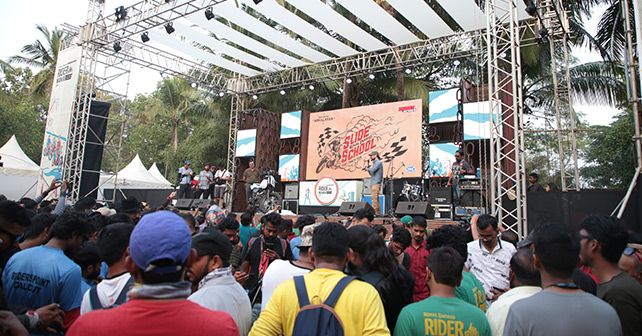 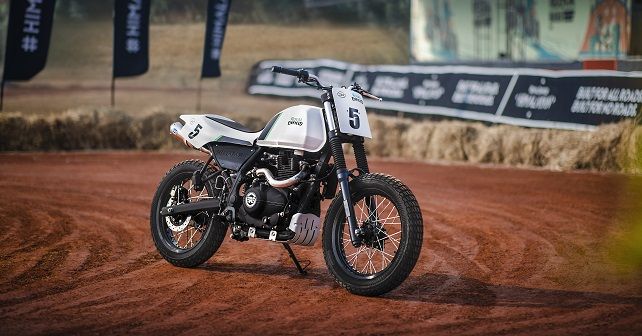 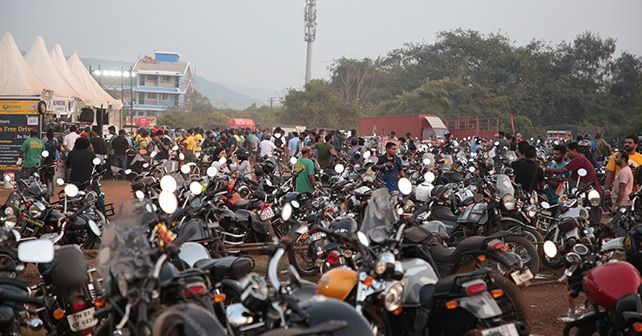 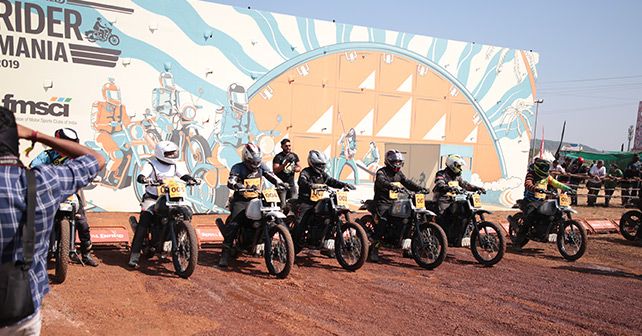 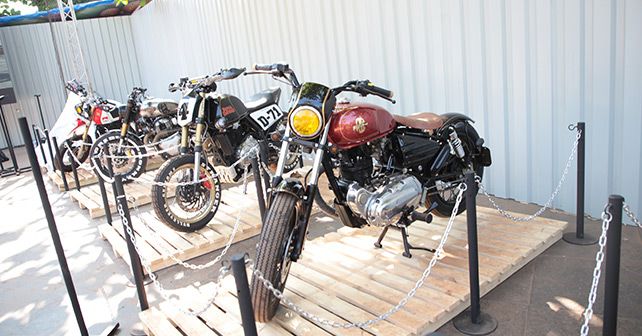 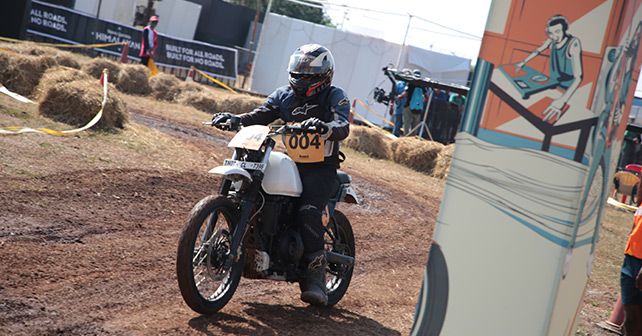 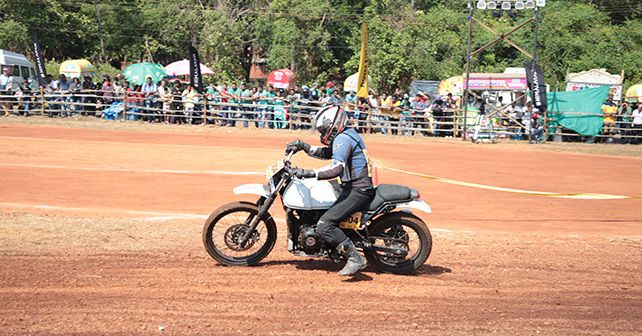 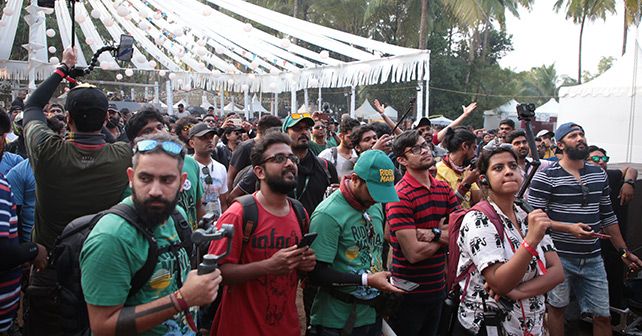 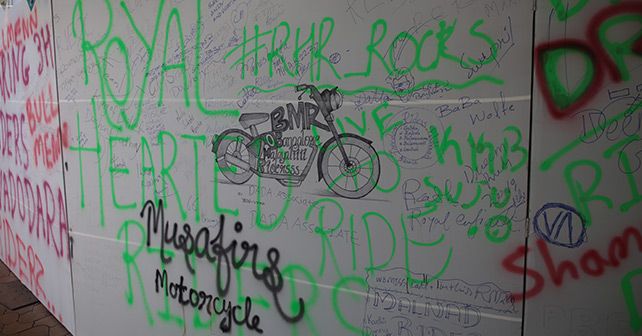 That Royal Enfield, as a brand, goes beyond motorcycles is something that everyone knows. It’s been in the business for aeons, and its motorcycles have a cult status that’s unmatched by any other bike maker in India.

However, a brand, even if it’s a brand like Royal Enfield, is really nothing without its customers, fans, and followers – those who, let’s be honest, swear by it, come what may! And, like any other successful relationship, this one too has a sense of reciprocity – Royal Enfield truly understands its customers’ passion for its motorcycles and does everything not only to entertain this passion but also to ensure that this sentiment never fades. One such step is to organise some exciting events for its loyal riders throughout the year.

While there are a lot of rides and RE-unions on the calendar, the biggest gathering of Royal Enfield enthusiast is, of course, Rider Mania – a biking and music festival that takes place in Vagator, Goa, every year. In fact, it’s so popular that it’s been running since 2003. It now attracts close to 8,000 RE enthusiasts from around the world. Talk about mania!

Now, I’d heard about this festival from many of my Bulleteer friends, but I could never really manage to attend it in the past. But there’s always a first for everything. So, this year, I got my first taste of the Rider Mania, and, boy, what a taste it was.

People, people, and more people!
From the very first day, the hilltop area in Vagator was buzzing with Royal Enfield enthusiasts from all over the country. The venue was jam-packed, and the parking lot looked like a Royal Enfield warehouse. The sheer intensity of enthusiasm – something that I’ve never witnessed in the biking community ever before – was both unnerving and heart-warming at the same time.

Like I mentioned before, there were around 8,000 people at this year’s Rider Mania, and everyone was excited to be there. The camaraderie of RE fans is exemplary, and, of course, there were some instances of folks getting carried away with their emotions.

But, to regulars of this event, those who’ve been attending this festival for close to a decade, it all seemed normal. The general consensus amongst regulars was that everyone is allowed to go overboard, emotionally, that is, at the event.

Slide School
Every year, Royal Enfield showcases some really cool design concepts at Rider Mania. However, this year, they had something extra in-store – the company showcased its all-new purpose-built flat-track racer during the event. Billed as the Himalayan FT 411, it’s based on the company’s Himalayan ADV, of course.

However, it’s thoroughly modified to take on the flat track. As a result, it gets a lot of functional updates, such as fibre bodywork, 18-inch wheels with flat-track specific tyres, a custom exhaust pipe and exhaust, performance air intake, and custom sprockets.

A couple of parts have also been junked for flat-track application, and this includes the entire front brake assembly, front fender, headlight, speedometer, seat assembly, standard airbox, and rear foot-pegs.

Now, obviously, all of these changes mean that it’s not road-legal. So, to experience the thrills of the Himalayan FT 411, one has to take part in closed-circuit events at designated tracks across the country. According to RE, these events will run under the banner of ‘Slide School’ at different dirt parks in the country.

Getting down n’ dirty
Not just a fun festival, the Rider Mania is also a playground of sorts for riders to showcase their skills in different competitions. For instance, there’s beer-drinking competition, hill race, arm wrestling, dirt race, etc. Now, this year, RE decided to give us media folks the chance to have a crack at the dirt race. They were kind enough to create a different category altogether for us – there were twelve of us – and also trusted us with their slightly modified Himalayans for the race. It was an eight-lap race, excluding the two practice laps.

I enjoy riding on dirt, despite the fact that the chances of breaking bones on a loose surface are much, much higher than, say, riding on a smooth racetrack. So, I was looking forward to the media race. However, my enthusiasm disappeared the minute I saw the track – it was a small and narrow loop, slushy (actually completely wet) and peppered with gravel. There wasn’t enough traction for walking, let alone racing!

As I feared, I was simply awful in the race. In the very first lap – a practice lap – I locked the rear wheel and crashed. However, when the actual race began, I wasn’t that bad at all – I held sixth position for a lap or so. That said, it was hardly an achievement, because it was a very, very slow race – I don’t remember shifting to 3rd gear.

Towards the end of the second lap, I had a massive slide, which resulted in a spectacular spin that sent me crashing quite unceremoniously. I somehow picked my bike up again, only to have another crash in the next lap. Saying it was embarrassing would be quite an understatement – I was feeling downright suicidal! However, I wasn’t the only one who was busy eating dirt – most journos were also on the floor. To be honest, it was more about survival than actual racing. The track had absolutely no grip whatsoever – it was like dancing on ice.

In lap 5, I had another crash, a highside of sorts – the bike just threw me off the saddle. When I was midway in air, I felt the snapping of my spine! And the next thing I knew was I was on my back, badly hurt. It wasn’t fun anymore! So, I stepped out of the track. And that was the end of it. 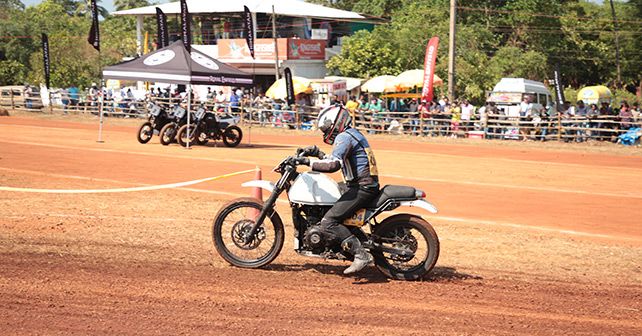 Did I enjoy it? Well, initially I did, until it turned out to be a full crash fest. Will I do it again? Maybe, but I would certainly prefer an actual dirt track – rather than slush.

On the whole, though, my first Rider Mania turned out to be an amazing outing, and it was definitely more enjoyable than what I had hoped for. Next time, though, I would prefer staying upright on the bike instead of on my back in the dirt. Other than that, there’s nothing to complain about when it comes to Rider Mania. The name is certainly apt!