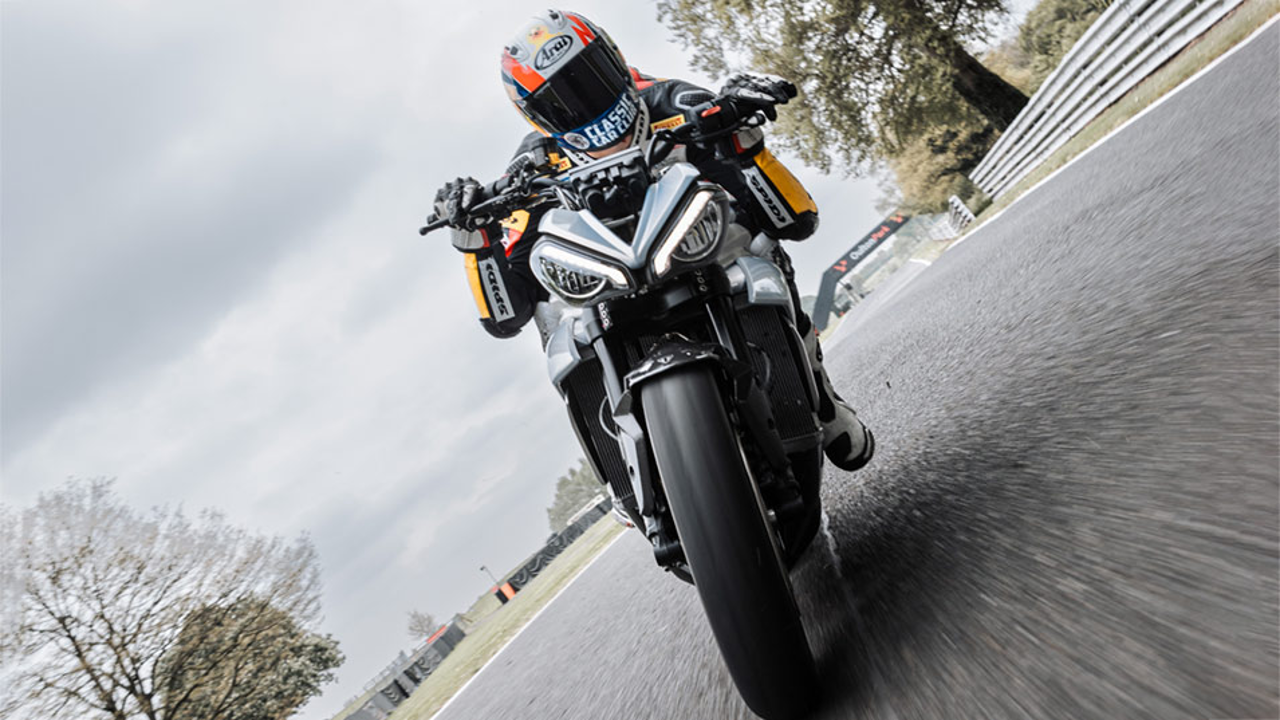 The Triumph TE-1 prototype performance figures are here, and it's nothing short of electrifying!

Triumph has officially released the performance figures of the upcoming TE-1 prototype.  Earlier, the British manufacturer had announced that it completed the fourth and final phase of testing the prototype last month.

According to the official figures, the new TE-1 prototype will be powered by a 15kgs motor, which will deliver 175bhp and 109Nm of torque. The torque will be available from the very beginning, allowing the motorcycle to have very impressive performance figures. For instance, the TE-1 can breach the 100km/h mark in 3.6 seconds and the 160km/h mark in 6.2 seconds, making it faster than the current flagship, the Triple 1200 RS.

The motorcycle tips the scales at 220kgs, with a frame that is entirely made of aluminium. Triumph has said that the motorcycle can be charged from zero to 80% in just 20 minutes and that on a full charge, it will have a maximum range of 161km.

Ahead of the completion of the fourth phase, we had a proper look at the motorcycle. In terms of design, it draws major inspiration from the Speed Triple, which is evident from elements like the twin-pod headlight at the front, a muscular bodywork, a bolted subframe, and a single-sided swingarm. Triumph has partnered with Williams Advanced Engineering, Integral Powertrain Ltd, and WMG, and the motorcycle is being developed at the University of Warwick.

Upon its launch, the TE-1 will enter a scarcely populated segment. While the spec sheet does look promising, we should remind you that the TE-1 is a prototype. Hence, how much of it actually makes it to production is yet to be seen.