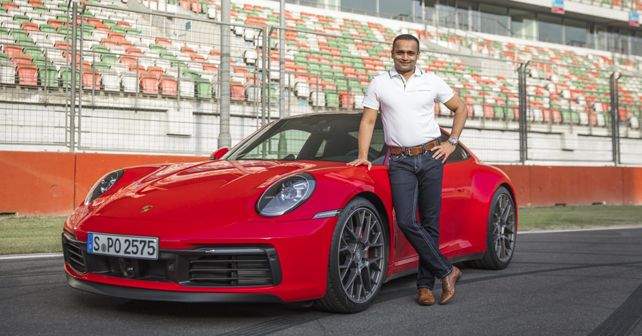 Perhaps the most anticipated sports car launch of 2019 has just taken place as Porsche has launched the 8th generation of its iconic 911 here. Launched in the Carrera S guise, the coupe carries a price tag of ₹ 1.82 crore while the drop-top version (Carrera S Cabriolet) can be yours for ₹ 1.99 crore (All prices are ex-showroom, India). Also, to clear the air on the rather complex naming convention followed by Porsche, this 8th-gen model is the 'Type 992', which replaces the outgoing 'Type 991' series which was in production from 2011-2018. 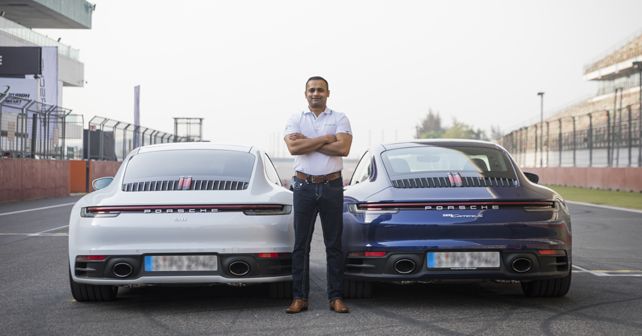 As is the case with all 911s we've seen so far, this one too does not feature any radical design changes - just a few elements have been altered in order to keep the design fresh, leaving the overall silhouette undisturbed. However, with the 8th-gen model, Porsche has taken the 'going back to the roots' approach as the styling now pays homage to the 911s of the past. This can be seen in the wider wings which arch over large 20-inch wheels at the front and 21-inch wheels at the rear. The front end, which is now 45mm wider, features a forward-extended bonnet with a distinctive recess in front of the windscreen. 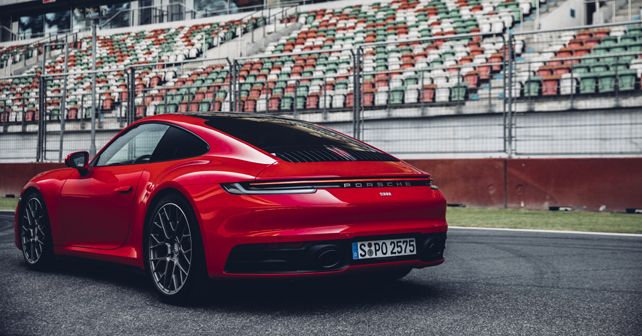 Other modern elements like flush door handles and newly developed LED headlight units give the 911 its modern outlook. The electrically-foldable ORVMs too have been modified to further reduce wind noise. At the rear though, the biggest change is the new 'light bar' design for the tail light and a wider, variable spoiler. The vertically-arranged louvres of the air intake will be finished in black for RWD models whereas the AWD versions will sport chrome elements.

In terms of firepower, the new 911 Carrera S is powered by Porsche's next-gen flat-six turbocharged engine which puts out 444bhp and 530Nm of torque. The engine upgrades include a more efficient fuel injection process, a new layout for the twin-turbochargers and a new 8-speed dual-clutch gearbox (replacing its predecessor's 7-speed box). The new 911 also makes use of Porsche's new MMB modular platform. 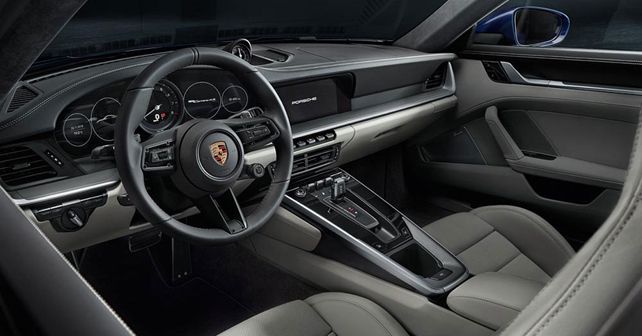 The 'homage' styling has also been carried over to the interior, with a new dashboard layout. The new instrument cluster now features a centrally-placed rev counter, flanked by two frameless displays on either side. The centre touchscreen is also bigger now at 10.9-inches and becomes the interface for the Porsche Communication Management (available as standard). To add to the list of changes, even the gear knob design has been revised completely. Porsche claims that the re-engineered interior saves about three kilos of weight.

The Porsche 911 will compete here with the likes of the Audi R8 and the Mercedes AMG GT range.