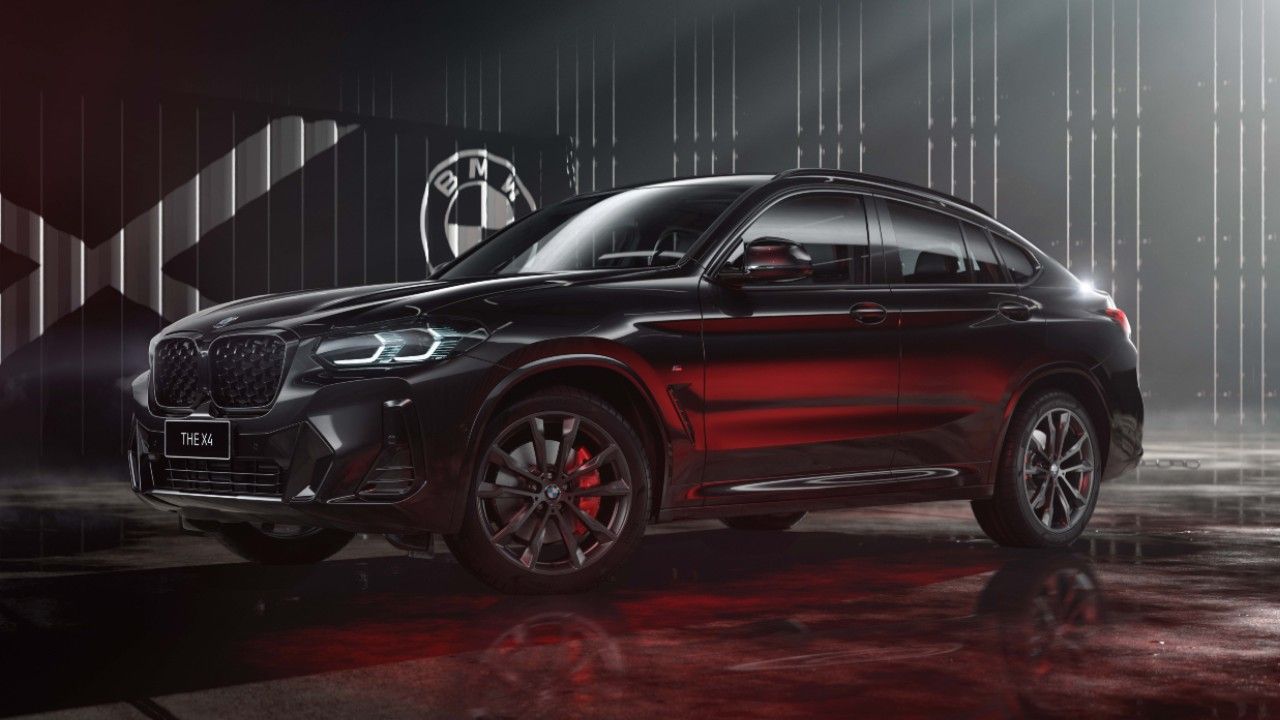 The BMW X4 will be available in an exclusive Dark Shadow Edition too.

BMW recently launched the facelifted X3 in India, and we knew the X4 would follow soon. Just like the X3, changes to the X4 are minor but add up to make it fresh for the 2022 model year. There are two engine options – a diesel and a petrol engine. BMW, however, has only brought the X4 in M Sport guise.

So what’s new? Well, the 2022 X4 gets flatter, slimmer LED headlamps, along with a larger kidney grille (obviously). At the rear, there are redesigned taillamps. There are also reprofiled bumpers all around. 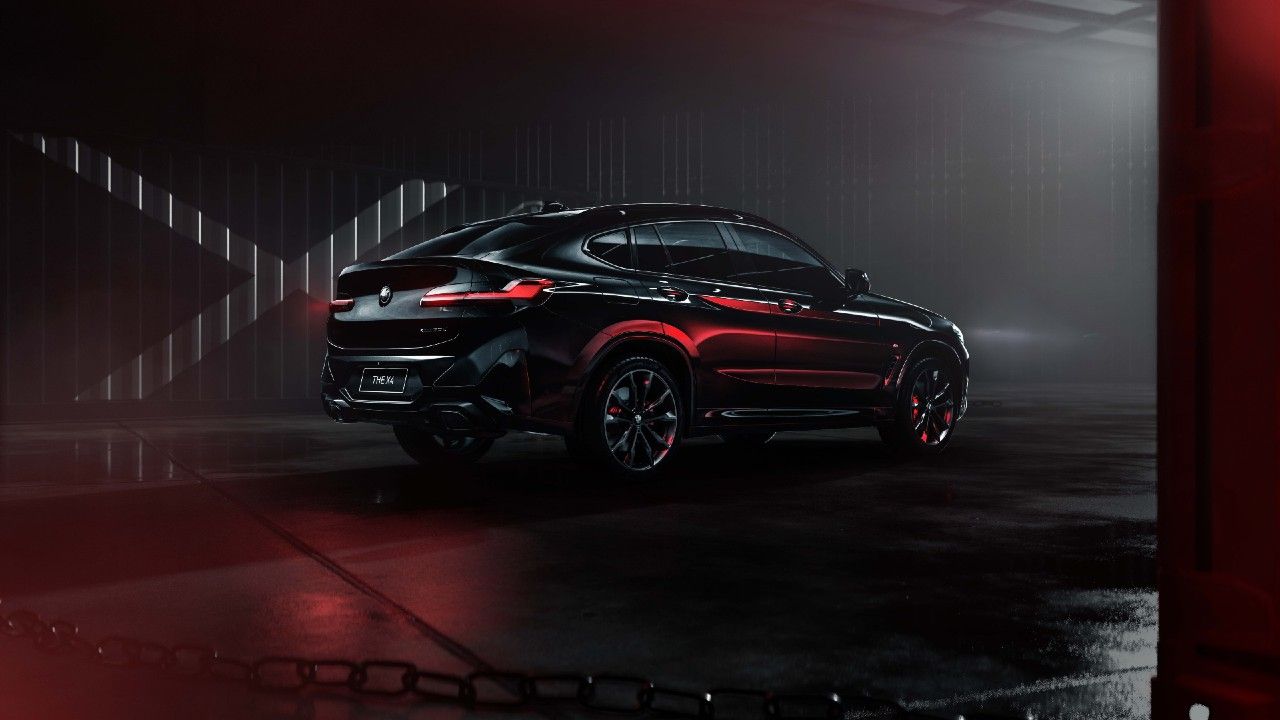 Inside, the new X4 gets a larger 12.35-inch infotainment screen, a 12.3-inch digital instrument cluster, and redesigned air-con vents. The feature list includes a 360-degree camera system, Harman Kardon speakers, adaptive suspension, and a panoramic sunroof, among others. 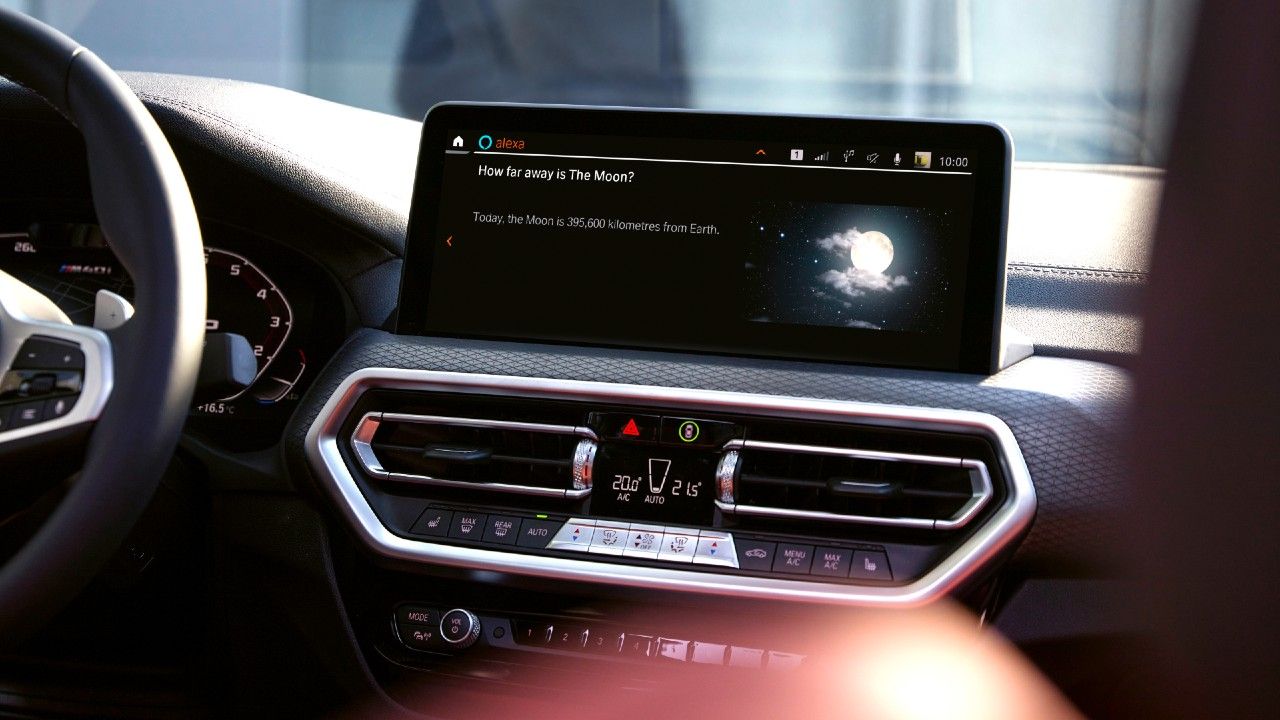 The Dark Shadow Edition uses high-gloss black instead of chrome in places like the grille, window surround, and exhaust pipes, which makes it look fit enough to be the Batmobile. 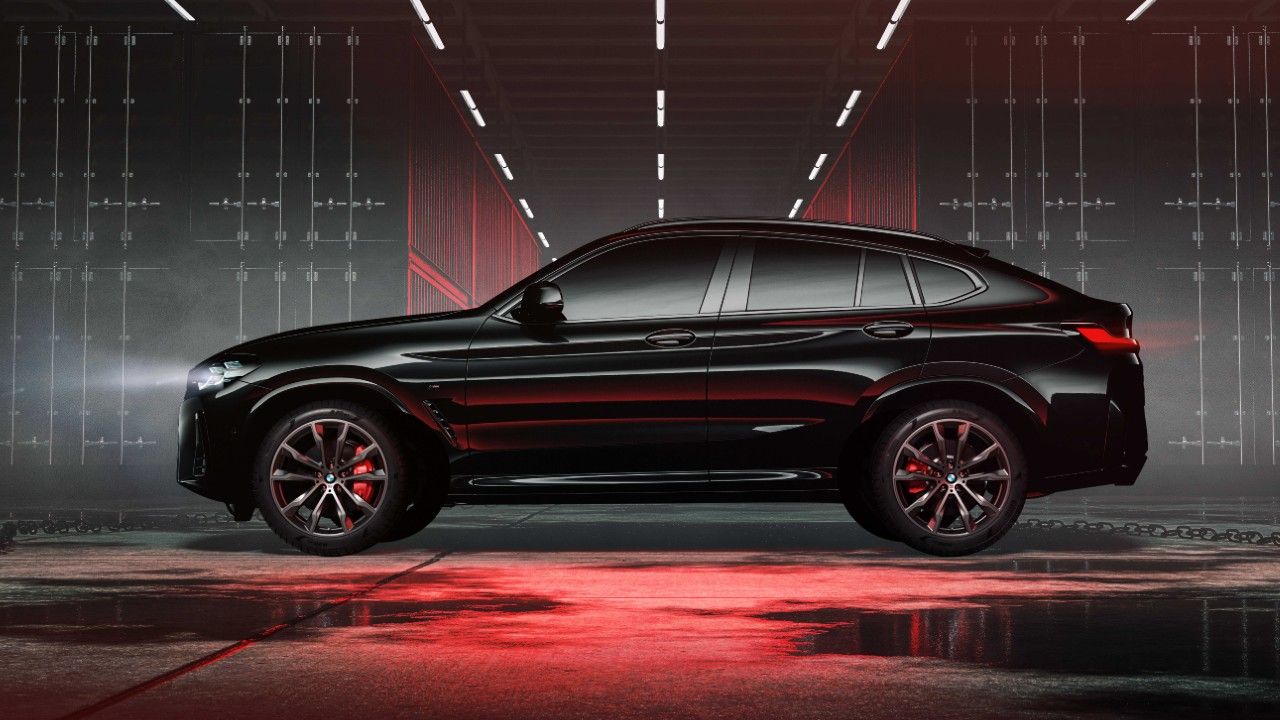 The X4 is available with two engine options – a 2.0-litre turbo-petrol, which makes 248bhp and 350Nm, and a 3.0-litre inline-six diesel, which makes 261bhp and a monstrous 620Nm. Both engines are mated to 8-speed automatic transmissions and come with the xDrive all-wheel-drive system as standard.

The prices for the X4 xDrive 30i M Sport start at Rs 70.5 lakhs, while the xDrive 30d M Sport costs Rs 72.5 lakhs. BMW has said that the stealthy Dark Shadow Edition will be sold in limited numbers, so if you want one, you better hurry.