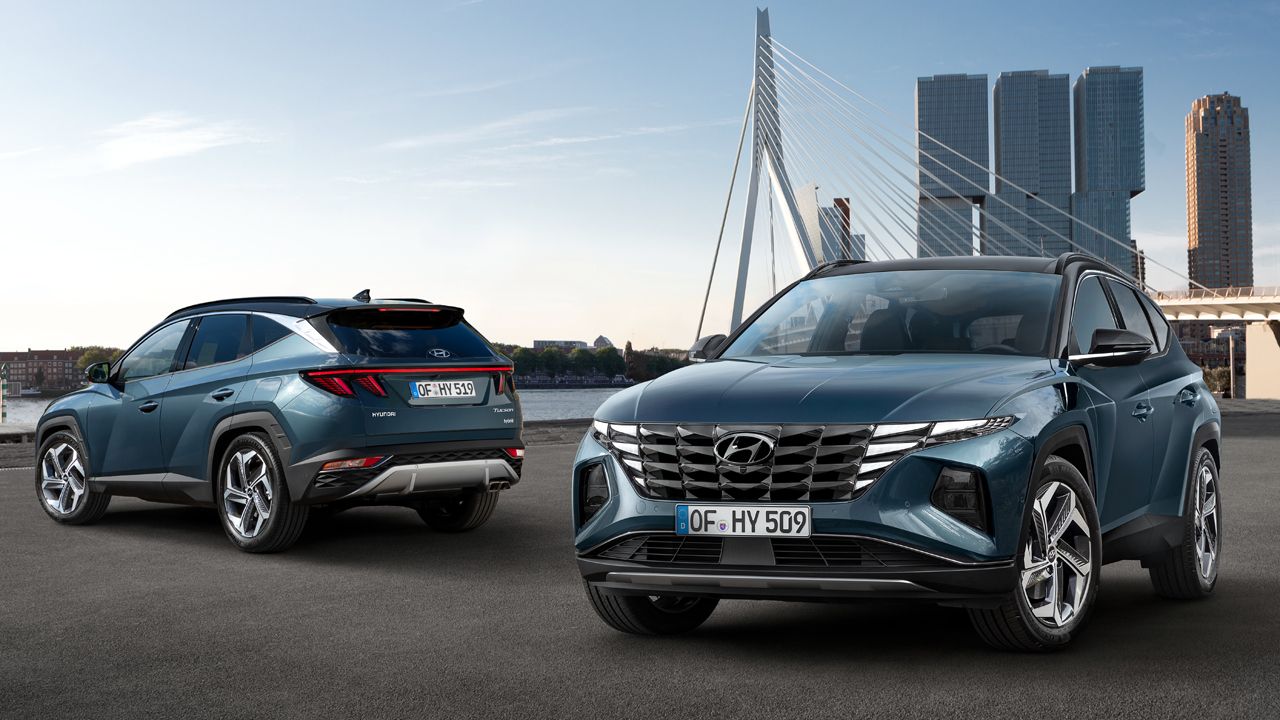 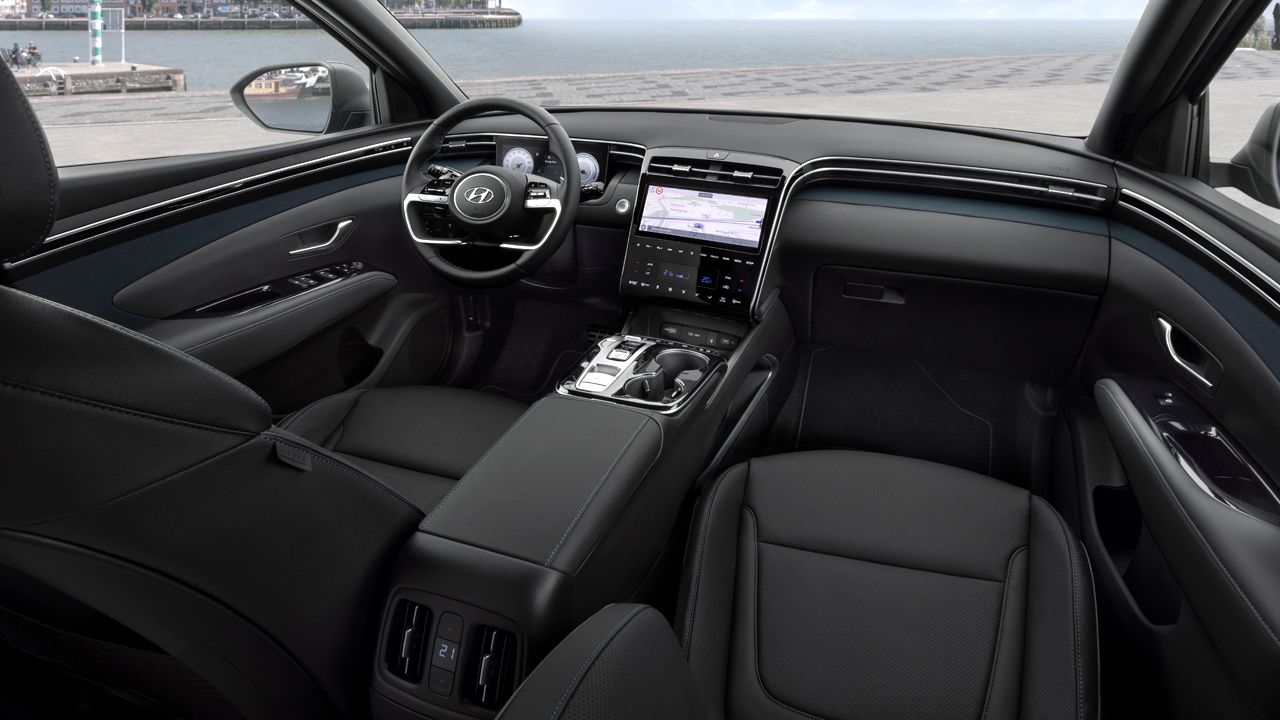 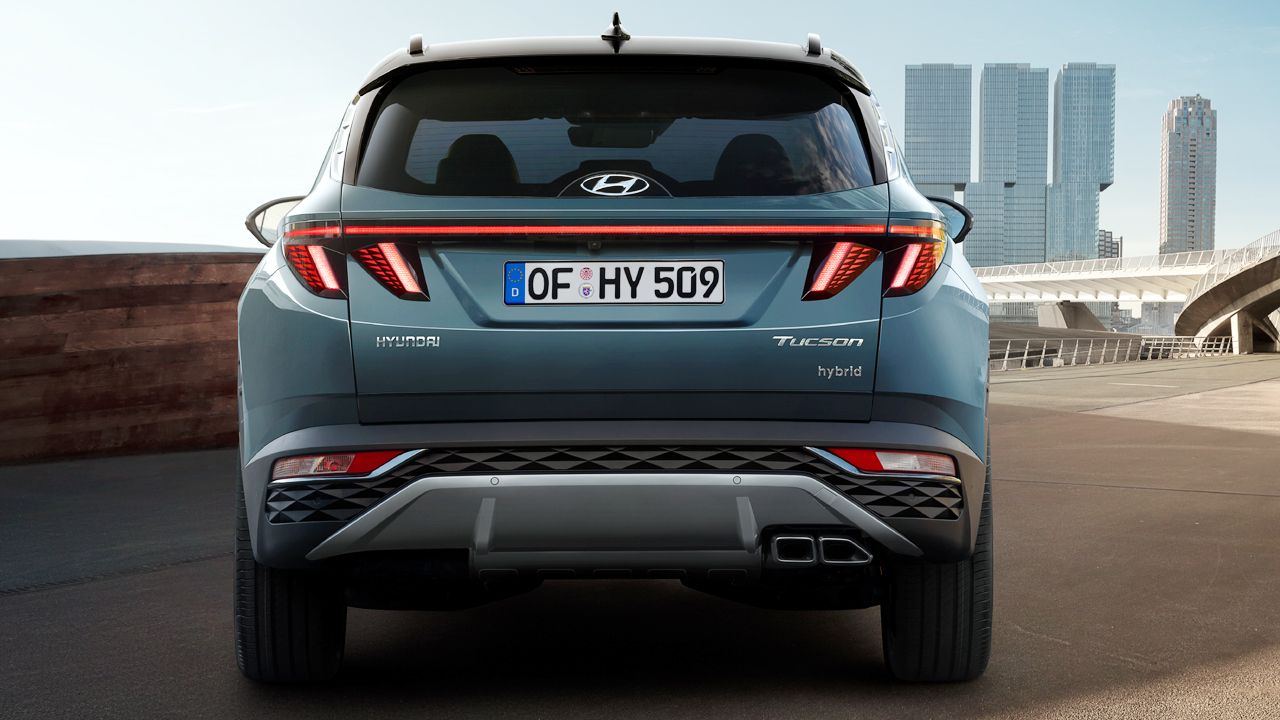 The all-new 2022 Hyundai Tucson has finally been revealed and immediately, fans will be divided once they have a look at the entire car. That's because the new Tucson, like all new Hyundai models, is based on the Korean marque's 'Sensuous Sportiness' design philosophy and it's based on the Vision T SUV Concept we saw at the 2019 LA Auto Show. While the design seemed really promising on the Concept, on the actual car, it looks just too busy and there may be a few character lines too many, especially on the doors & side panels. So, it looks like Hyundai has taken quite a big gamble this time with the Tucson that could interfere with its 'global bestseller' tag. 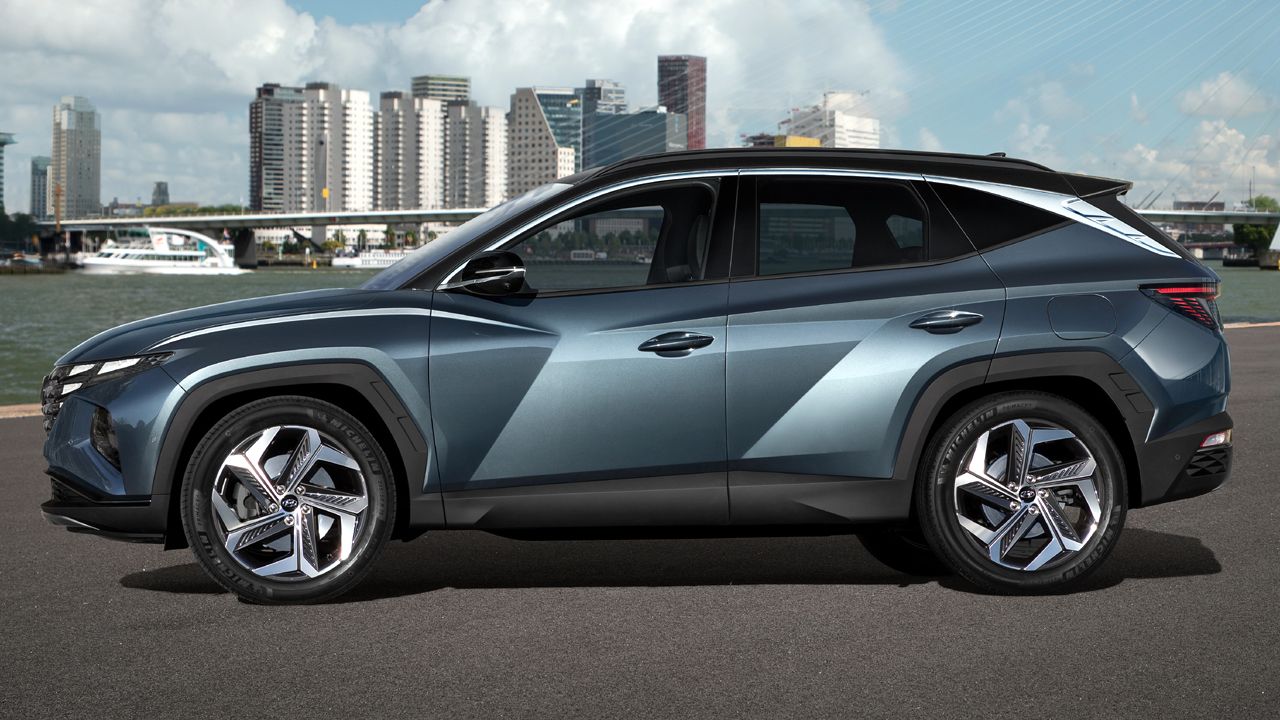 Under the 'Sensuous Sportiness' rubric, the new Tucson pioneers what Hyundai calls 'Parametric Dynamics'. It's the process by which the new Tucson has been designed – using geometric algorithms produced by digital tech instead of traditional drawing & sketching methods. Therefore, prominent geometric patterns, or 'parametric jewels', appear throughout the SUV’s design, giving it a progressive character. The biggest 'parametric jewel', without doubt, is the new Tucson's Parametric Hidden Lights – the headlights & LED DRLs are neatly integrated into the car's geometric front grille design. 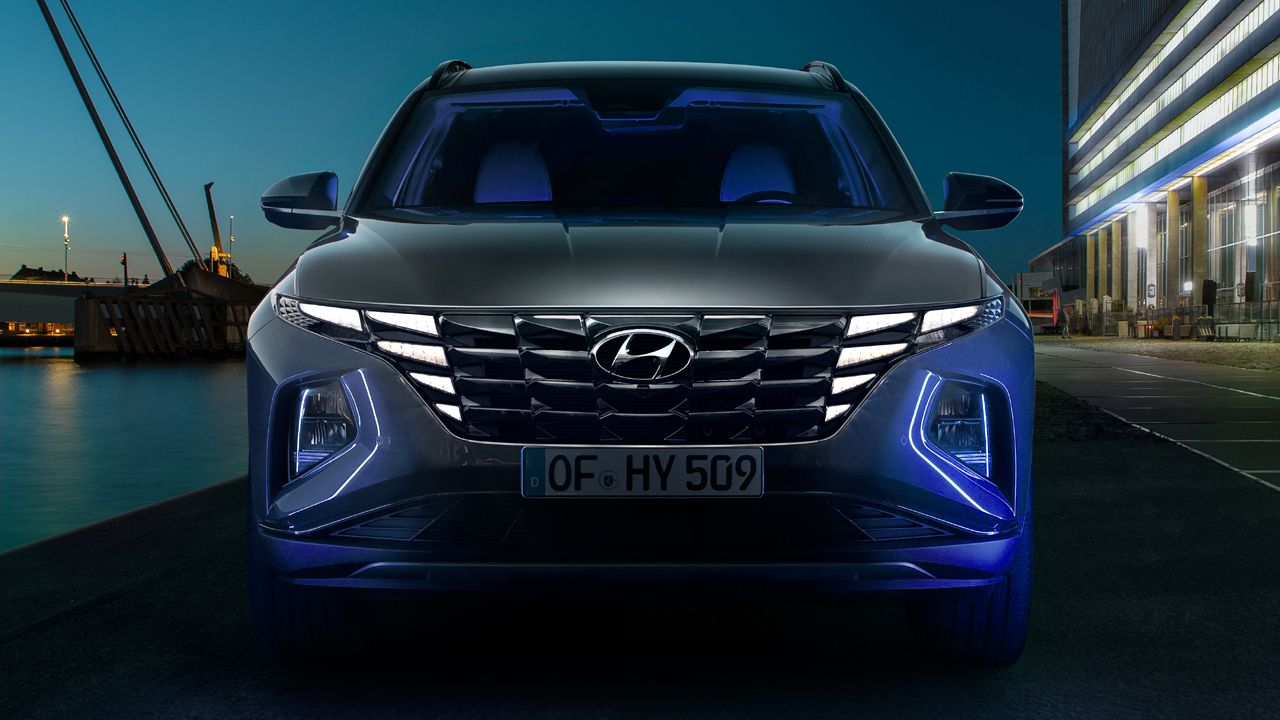 The new interior design & layout take a 'minimalist' approach, with most vehicle commands now being operated by touch-based buttons. A few conventional switches can still be found though, like those on the doors for operating windows & mirrors. A new 10.25-inch AVN-T screen forms the main command centre and a digital instrument cluster (of the same size) also replaces the conventional gauges. 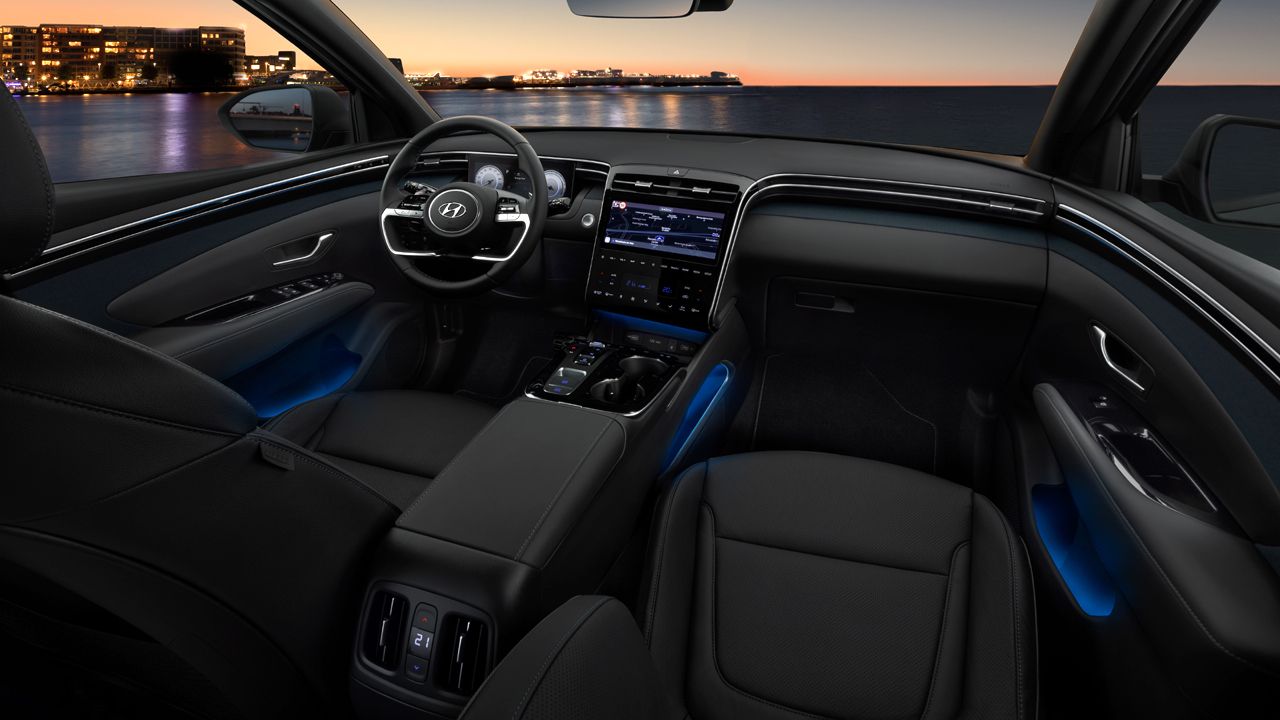 In terms of powertrain choices, Hyundai claims that the new Tucson will soon offer the widest range of electrified & conventional engines. Apart from conventional petrol and diesel engine options, full hybrid, plug-in hybrid (PHEVs), mild-hybrid (MHEV) and electric variants will also go on sale. All powertrain combinations though will use either a 1.6-litre T-GDI Smartstream petrol unit or a 1.6-litre CRDi Smartstream diesel unit as the base. Transmission options will include a standard a six-speed manual, six-speed iMT, 7DCT automatic as well as a six-speed torque converter automatic. 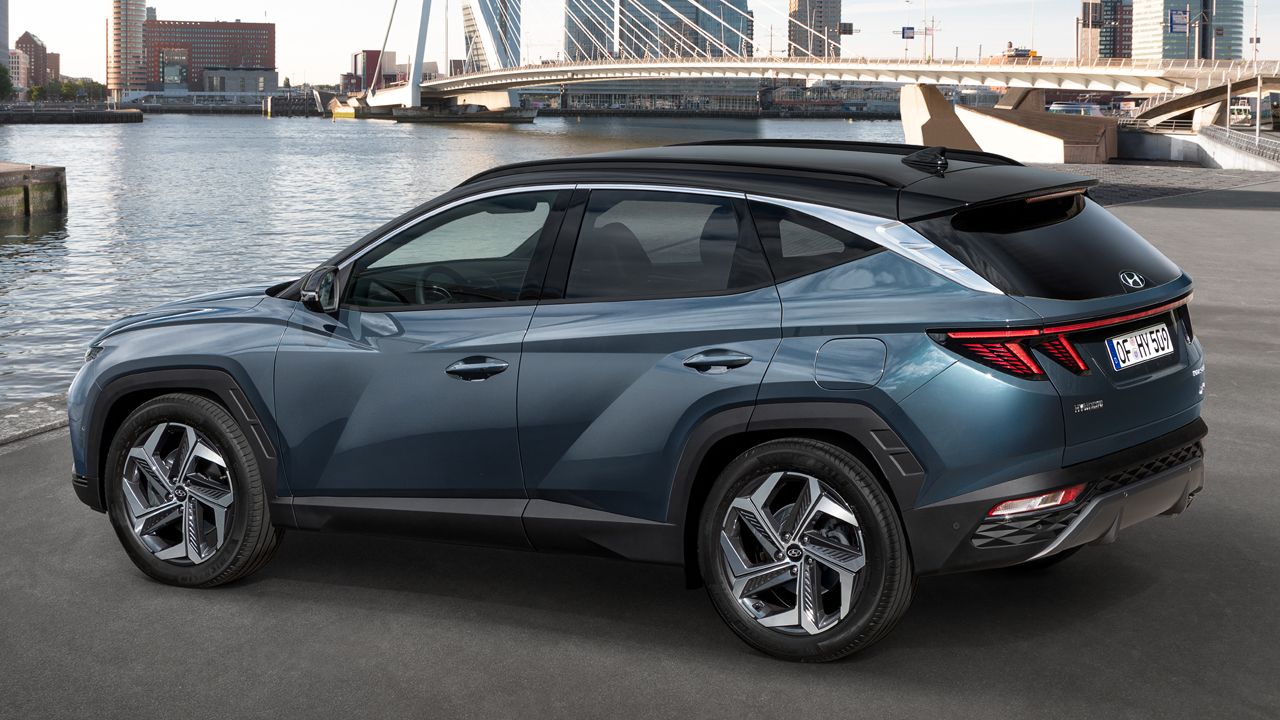 Though the new Tucson looks more like a softroader, Hyundai has equipped it with optional All-Wheel-Drive (AWD) for true 4x4 capabilities and in addition to different drive modes, three additional terrain modes – Mud, Sand and Snow – form a part of the new Terrain Mode selector. A new Electronic Controlled Suspension (ECS) allows further fine-tuning of the ride dynamics.

Petrol, diesel & mild-hybrid versions of the new Tucson are expected to reach dealerships in Europe by the end of the year. The car though is already on sale in Korea as a 2021 model. Later next year, the PHEV versions will follow, along with an N Line trim as well.