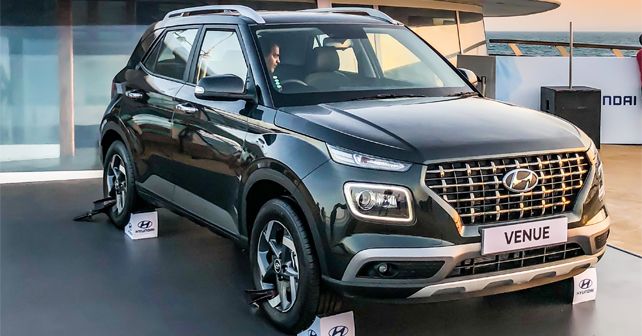 Wraps finally come off Hyundai's much-awaited sub-4m compact SUV. Here's everything you need to know about the all-new Venue.

After teasing it for weeks, Hyundai has finally unveiled its all-new compact SUV, the Venue. If you don’t already know, the Venue is Hyundai’s first-ever sub-4m compact SUV, and it’s going to take the fight to the likes of the Maruti Suzuki Vitara Brezza, Ford EcoSport, Tata Nexon and the Mahindra XUV300. While it’s been officially revealed now, the Venue will go on sale across the country from May 21, 2019. But before that happens, here’s the full download on what you can expect from this brand new compact-SUV. 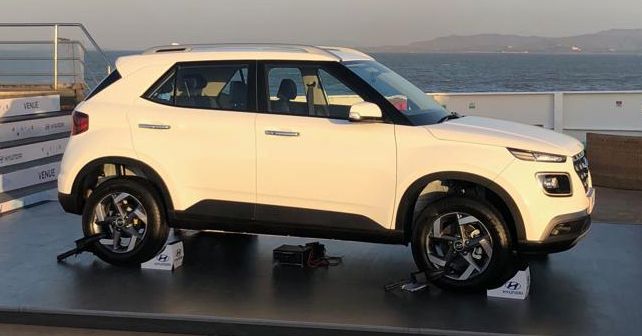 In the build-up to its official unveiling, a lot of spy pictures, as well as official teasers, already gave us a glimpse of the Venue’s design. However, now that it’s been revealed in full metal, everything is clearer. First things first, the Venue introduces Hyundai’s new design language in the Indian market. The front end is edgier and flaunts the brand’s new cascading grille with honeycomb effect and chunky chrome embellishments. Then there’s split headlamp setup with DRLs and indicators housed in the ‘eyebrow’ while the main setup with projector lamps sits below. This gives it a family face which is in line with Hyundai’s global SUV range, which includes the new Palisade, Sante Fe, and the recently unveiled China-spec Hyundai ix25/Creta. The side profile, however, looks familiar and the Venue has hints of Creta’s design, albeit in a compact body. Around the back, the design isn’t as busy as it is in the front, with the main highlight being the oval-shaped tail-lamps connected with a prominent crease on the boot. The dual-tone 16-inch diamond cut alloy wheels on the top-end variant look pretty neat and stylish, too. As for its dimensions, the Venue is 3.995mm long, 1,770mm wide and 1,590mm tall. The wheelbase is 2,500mm. 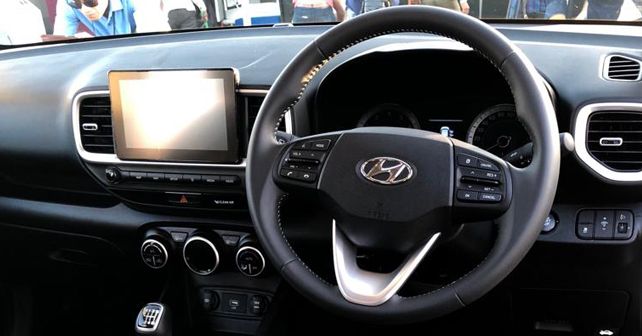 Being a Hyundai, it was expected that the Venue will be loaded to the gills with features, and that’s exactly the case here. The impressive thing here – at least, on paper – is Hyundai’s Blue Link system that makes its debut with the Venue. The system comprises as many as 33 new features in terms of safety, security, app-based car controls, location services, as well as Artificial Intelligence-based functions (you can read more about it here – Hyundai Venue Blue Link connectivity ). Apart from the Blue Link, the top-spec variant of the Venue will come fitted with an 8.0-inch touchscreen infotainment system with Arkamys sound system, navigation, voice assistance system. Apple Car Play and Android Auto will also be offered. Creature comfort will include automatic climate control, rear parking sensors and camera, et al. 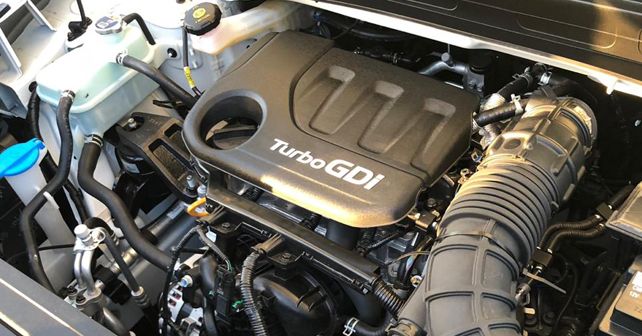 The Venue will be launched with three engine options – two petrols and a diesel. The petrol range will kick off with a 1.2-litre naturally aspirated motor, which is rated at 82bhp and develops 115Nm of torque. The engine will come mated to a five-speed manual gearbox. The other petrol engine, however, is an all-new unit- it’s a 1.0-litre three-cylinder turbocharged mill that delivers 118bhp and 172Nm of torque. This engine will be available with a six-speed manual gearbox and a seven-speed dual-clutch automatic transmission. The diesel engine is a familiar 1.4-litre turbo diesel. It develops 88bhp and 220Nm of torque and comes mated to a six-speed manual gearbox.

The safety net in the Venue will include dual-airbags and ABS as standard fitment across the range, while it’ll also have seat-belt reminders.

The Hyundai Venue will be competing against some established rivals, and on paper, it definitely seems to have the measure of them. Pricing will be the key, but given the fact this new Hyundai is feature loaded and gets a wide range of engine options, we expect it to be priced between Rs 9-12 lakh (ex-showroom).