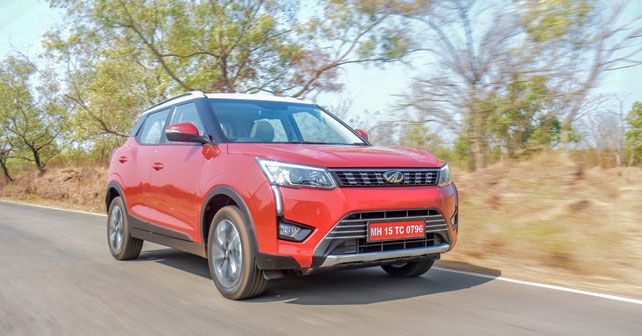 The XUV300 is yet another attempt by Mahindra to make a mark in the sub-4m compact SUV segment. So, what makes the XUV300 different from its predecessors? Time to find out…

When you think of a Mahindra SUV today, you think of qualities like toughness, ladder-frame underpinnings, and all things macho. It’s not an exaggerated or unrealistic image. In fact, Mahindra seems to pride itself on this well-crafted image. While that’s all well and good, the problem is that this rough-and-tough approach doesn’t always work. Take, for instance, the sub-4m SUV segment – this is one segment where Mahindra has been able to generate only perfunctory interest in their offerings. And it’s no secret that the TUV300 was found wanting, especially in comparison to the likes of the Maruti Suzuki Brezza or the Ford EcoSport.

Over time, Mahindra has come to realise that not everyone is a wannabe alpha male and that most buyers in this segment actually do want a pseudo-SUV – one that’s feature-laden and drives like a car. So, with some help from their global partners, Mahindra has now brought in the XUV300 – a brand new compact-SUV based on a proven global platform and one that has all the makings of a world-class vehicle. So, has Mahindra finally deciphered the sub-4m mystery? Let’s find out…

With love from Korea

The fact that the XUV300 is based on the same platform as the SsangYong Tivoli is well known. And if you didn’t already know, well, you do now. But while its Korean sibling has a body that stretches to 4.2 metres, Mahindra’s offering is 3.99m long. Of course, Mahindra had to economise in terms of size to squeeze the XUV300 under the 4m mark. You see, the bumpers have been chopped on both ends, leaving the rear end looking a bit slab-sided. The good thing, however, is that the chassis hasn’t been touched. The wheelbase is 2,600mm – same as the Tivoli – which makes it the longest amongst its direct rivals. In fact, it’s 10mm longer than even the Hyundai Creta. The XUV300 is also the widest in the segment, at 1.82m. However, at 1.62m in height, it’s slightly dwarfed by both the Brezza and the EcoSport. 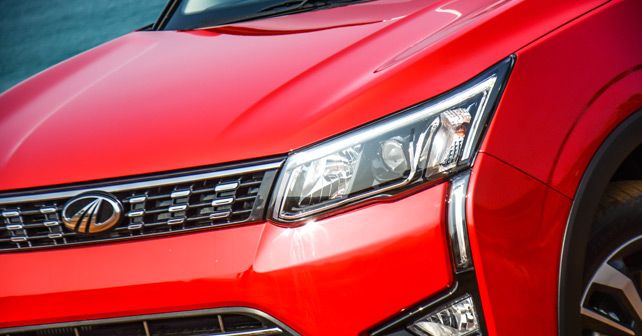 One of the biggest highlights of the XUV300 is its design. The overall silhouette – with the exception of the stubby rear-end – is virtually identical to the Tivoli, but Mahindra’s in-house design team has peppered it with a fair amount of chrome, extended LED DRLs and aggressive creases. Sure, it doesn’t look intimidating, but it does have that SUV appeal that most of us want from our cars these days. To my eyes, the rear three-quarter is the only section that seems a little odd – the squashed bumper, massive haunches and rear wheels that stretch right to the edge are dead giveaways that it’s been tailored to fit within the sub-4m segment.

The top-of-the-line W8 (O) variant, which is what we tested, gets dual-tone exterior paint and 17-inch diamond cut alloys, which look neat and classy. Overall, I think it’s a job well done by Mahindra’s design team, because, for once, they haven’t gone overboard as they did with the first-gen XUV500 or, more recently, the KUV100.

The XUV300’s rivals, the Brezza and EcoSport, are packed with everything including the kitchen sink. So, to beat the competition, Mahindra had to pack the XUV300 with everything they could get their hands on – and then some. While familiar stuff, like projector lamps, a touchscreen infotainment system, with both Apple CarPlay and Android Auto, an engine start-stop function, keyless entry and ignition, sunroof, electrically powered ORVMs, rear camera with sensors and an auto-dimming inside mirror are all offered in the top-spec variant, it also gets first-in-segment features, like front parking sensors, dual-zone air-conditioning, heated ORVMs, a tyre pressure monitoring system, disc brakes on all four wheels and three steering assistance modes – Normal, Comfort and Sport. If you think about it, there was a time, in the not too distant past, when these features were usually reserved for high-end luxury cars. So, full marks to Mahindra for moving the game forward for mainstream car buyers. 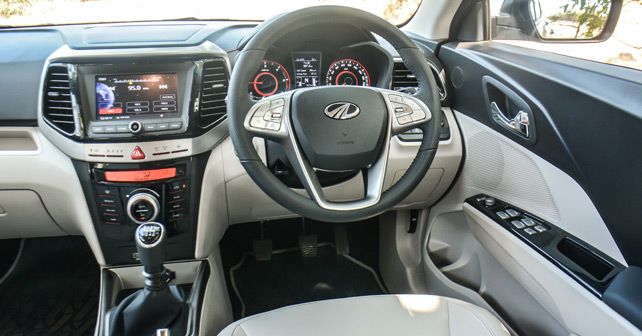 Likewise, in terms of safety, the XUV300 has ABS and front airbags as standard. The top-end variant, however, comes with 7 airbags – including a driver knee airbag – which is, again, a segment first. Its NCAP rating is still awaited. However, Mahindra has assured us that the results will be out soon. And given the fact that the Marazzo scored a 4-star rating, we can expect the XUV300 to fare quite well in its crash tests.

The moment I stepped inside the cabin and stationed myself behind the wheel, a few things became immediately apparent. The driver’s seat is extremely comfortable and supportive, but the ivory white upholstery is going to be a real pain to maintain. The feel of plastics is decent – if not the best. And the entire cabin exudes a sense of sturdiness. For instance, the doors are heavy and shut with a solid thud. The design and layout of the dashboard, especially the air-conditioning controls, are a bit anachronistic – at least, that’s how they appear to me.

Coming to the touchscreen infotainment system – it’s packed with a slew of features and is easy to use, but it lacks the crispness of Ford’s brilliant SYNC system or the intuitiveness of Maruti’s interface. Now, in terms of cabin space, the Mahindra emerges as the undisputed victor amongst its rivals. The leg and shoulder room for passengers at the back is abundant, plus the seats are supremely comfortable. In fact, I’d go as far as to say that it’s the most spacious car in its segment. To be honest, it almost feels as big as the Creta.

Let’s now get to the big question – how does it drive? The moment I fired up the engine, the first thing that came to my notice were the refinement levels. At idle, it hums just like a Buddhist monk. The insulation inside is so good that you’d have a hard time figuring out whether the motor is a petrol or diesel. The XUV300 comes with two engine options on offer – a brand new 1.2-litre turbo-petrol and a 1.5-litre diesel. Our test car had the latter.

The diesel engine here is not an unfamiliar unit – it’s the same 1.5-litre four-cylinder turbo motor that debuted with the Mahindra Marazzo last year. However, in the XUV300, it produces 115bhp and a whopping 300Nm of torque. Power transmission duties are carried out by a 6-speed gearbox, which sends drive only to the front wheels.

Before setting off, I noticed that the clutch had quite some travel and the six-speeder had long throws. That said, the clutch action is extraordinarily light, and the engine… well, to put it simply, it completely overshadows everything. There’s slight lag below 1,500rpm, but from there on it offers a strong and relentless surge of torque. The performance is brisk, and given the amount of torque on offer (300Nm), the gearbox can afford to have relatively tall ratios – sparing you the hassle of frequent gearshifts. But it’s the refinement of the motor that impresses you the most. It does exhibit some resistance, but only after 3,500rpm. However, in my experience, you never really need to rev this motor that high – it offers more than enough performance in the mid-range for all kinds of driving. 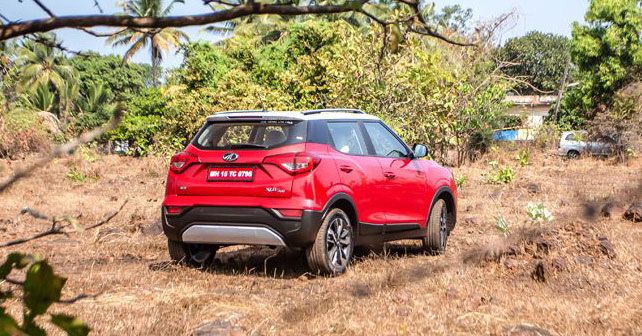 In the ride and handling department, the XUV300 doesn’t disappoint either. With a stellar ride quality, it glides over bumps without a care in the world. Potholes, speed breakers and bumps, the suspension dismisses everything that comes in its way. And the best part is that all this doesn’t compromise the handling. Despite a softer setup, body movements of the car are predictable. However, it does tend to roll a bit when provoked.

The XUV300 owes its stability to its rigid chassis, short rear overhang and long wheelbase. That said, it doesn’t feel as enthusiastic as the Brezza in terms of handling. I couldn’t really stretch its legs on the backroads of Goa, so any comment on its high-speed stability – until we test it further – would be mere speculation.

As mentioned before, the XUV300 comes with three steering modes – Comfort, Normal and Sport. The first two are more or less the same, but things change a bit in Sport mode. The steering, for one, becomes hefty, although there isn’t much feedback from the wheel even in this mode. While driving through some fast switchbacks, the steering comes off as a bit sluggish and takes time to self-centre.

The braking performance of the XUV300 is phenomenal. Discs on all four wheels mean that you come to a dead stop the moment you drop the anchors. The pedal feel and feedback is progressive, and not spongy as it is in other Mahindra vehicles, like the Scorpio and TUV300.

A solid 4 out of 5. All things considered, I’d go so far as to describe the XUV300 as a phenomenal offering! Mahindra has absolutely nailed every aspect of this vehicle. It has almost everything – from appealing looks to cabin space and from great features to driveability. The only thing missing – I said almost, didn’t I? –  is an automatic gearbox, which is still awaited.
Mahindra has played the pricing card well too. So, is this the best sub-4m SUV available? Well, it’s too early to say, but that could very well be the case, because, from what I can tell, it has the makings of a winner. 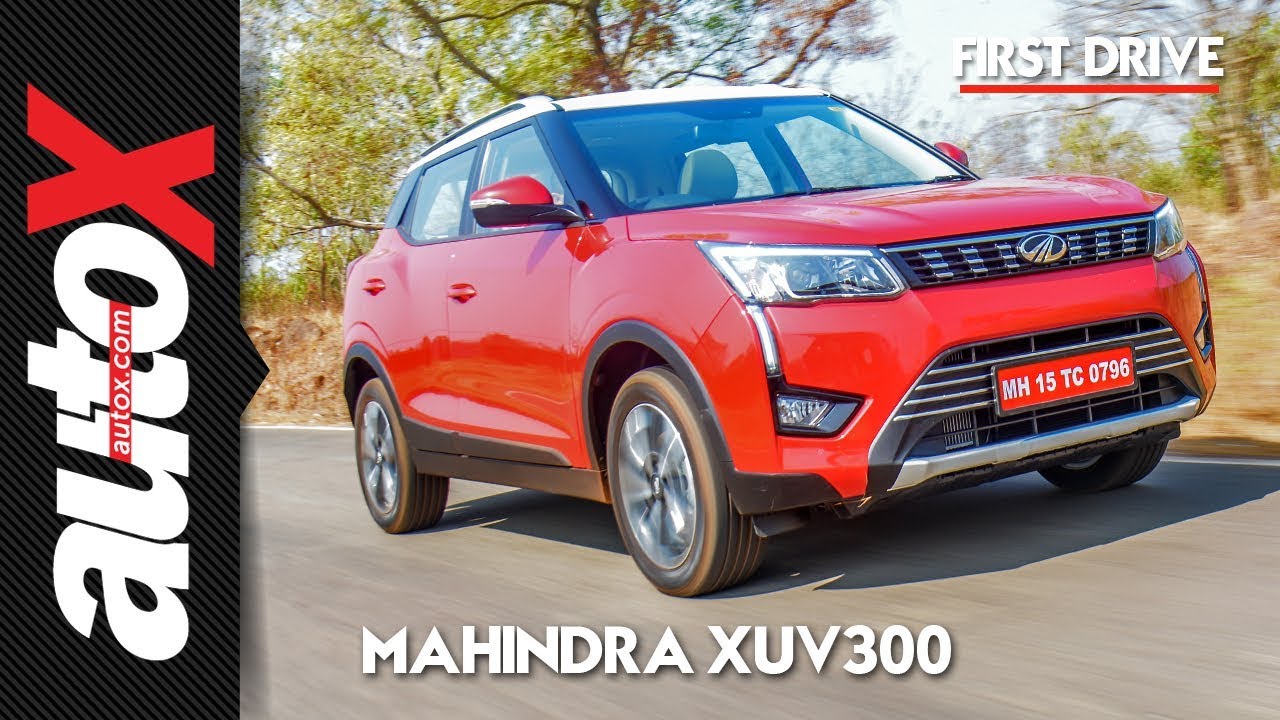 X-Factor: Not just a very capable product, but the XUV300 is now the most sophisticated and modern Mahindra vehicle out there!

it is rough and tough?

XUV300 NOT FOR CITY TRAFFIC As per experts from mahindra we should not drive this new technology vehicle in half clutch, it will burn the clutch unit. My vehicle clutch unit was burnt in just 3500km. 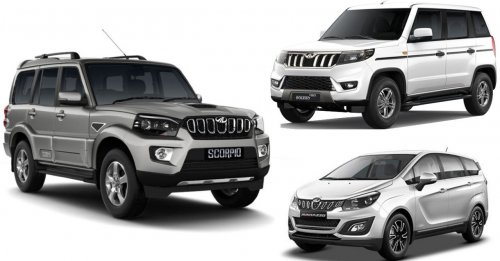