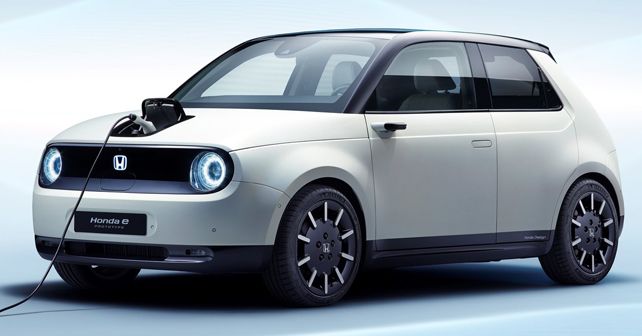 Honda has released more details of its first-ever production electric vehicle that's christened the Honda e. The Honda e will go on sale in Europe by the end of 2019.

Honda’s cute little e compact electric car will be going on sale in global markets soon. In the build-up to the launch, Honda has decided to reveal more details of its upcoming EV. And this time, the company has shared information related to the chassis and battery of what’s going to be the first all-electric production vehicle by Honda.

According to Honda, the e is the first electric vehicle by the brand that’s built on a dedicated all-electric platform. The Honda e will feature a water-cooled 35.5 kWh Lithium-ion battery that can be charged using either Type 2 AC connection or a CCS2 DC rapid charge. There’s no update on its output as yet, but it’s claimed to have a range of 200km on a full charge.

As for its chassis, Honda says that the new electric platform will offer a ‘rewarding responsive driving experience’. That’s because the battery is positioned centrally at a low level and gives the car a weight distribution of 50:50. As is the case with almost all electric cars, the Honda e will also have a low centre of gravity due to its battery positioning, which means it’ll have great handling and stability - or, so Honda claims. The car will also have four-wheel independent suspension. Plus, the super compact size and short overhang will ensure that it’s a nippy handler. And since the power goes to rear wheels, it’s definitely going to be a quite a hoot, we think.

Honda will put the new e EV on sale in European markets later this year. A prototype version, however, will be present at the Goodwood Festival of Speed in July 2019. The Honda e has already generated a lot of interest among the masses, as the company has received close 31,000 expressions of interest across Europe.

Udaipur to Mount Abu in a Honda CR-V: Road Trip