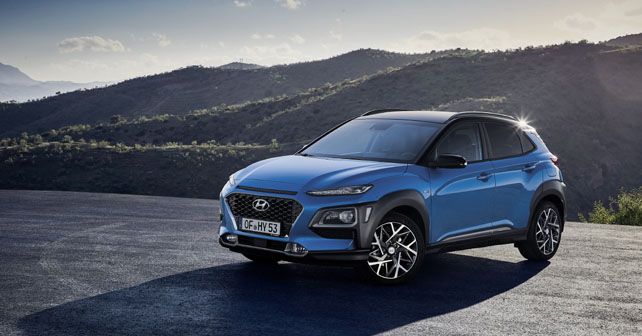 Hyundai adds another dimension to its compact-SUV line-up with the introduction of the new Kona hybrid.

The Hyundai Kona made its debut in 2017 as the Korean carmaker's first compact-SUV offering in Europe. In 2018, Hyundai followed it up with an all-electric version of the Kona, which took the crown for being Hyundai's first-ever electric compact SUV model. 2018 also saw the arrival of a limited-production 'Iron Man' edition of the Kona SUV, which was launched in association with the Marvel movie franchise. Now though, Hyundai is extending the Kona portfolio further with the introduction of the Kona hybrid. 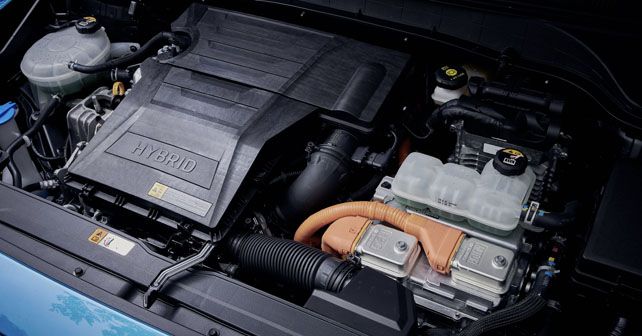 While the standard car is offered with three engine options: Two turbocharged petrol motors (1.0-litre T-GDi & 1.6-litre T-GDi) and a 1.6-litre CRDi diesel option, the new Kona hybrid makes do with a non-turbocharged 1.6-litre, four-cylinder Kappa GDi petrol motor which puts out 104bhp & 147Nm of torque. Coming to the electric bit, the Kona hybrid features a 32kW Permanent Magnet Synchronous motor which is supported by a 1.56kWh Li-ion polymer battery pack. The electric motor's standalone power and torque figures are pegged at 43bhp and 170Nm, respectively. The resulting hybrid powertrain thus has a combined power output of 139bhp and 265Nm of torque, which helps the Kona hybrid achieve a top speed of 160km/h. 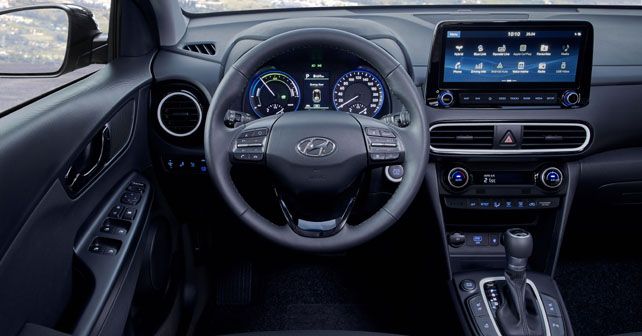 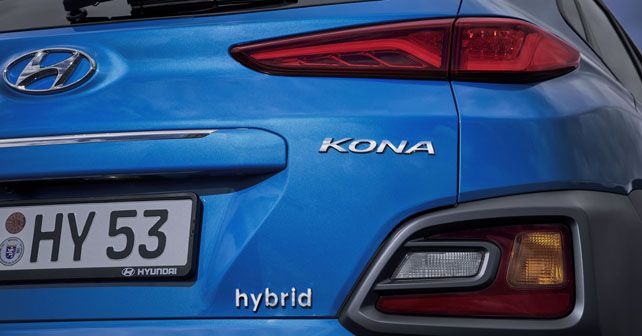 Inside, the Kona hybrid gets its own dedicated interior colour pack. While the standard Kona models get black cloth/leather seats with white contrast stitching, the Kona hybrid, additionally, gets white accents around the air vents & the gear shift bezel. Further, gloss-black accents can be found on the door handles, steering wheel, and on the air vent bezel as well, which sit in contrast with a grey headliner. As far as the exterior changes are concerned, customers can choose from two new alloy wheel designs, while the tailgate gets the rather obvious 'hybrid' badging. 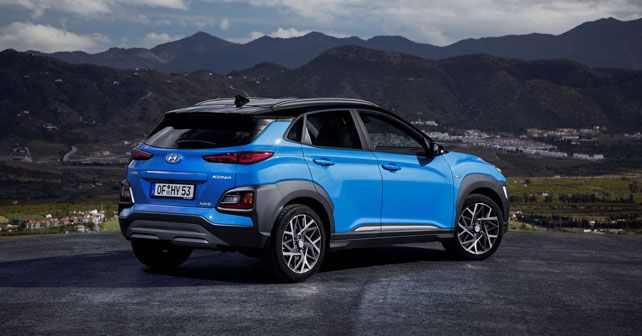 The Kona hybrid will go on sale in the European markets from August 2019.