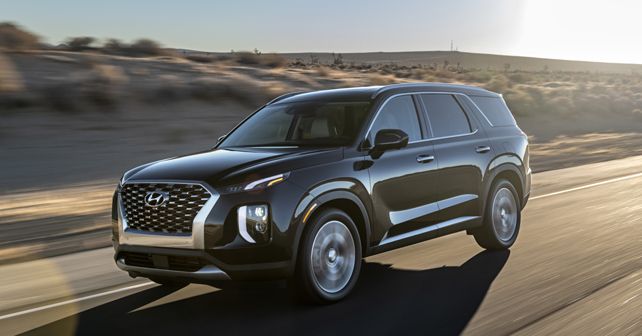 The Palisade, when it goes on sale in the United States in the summer of 2019, will become the largest model in Hyundai's international line-up, going beyond the current Santa Fe XL's dimensions as well.

We had reported some days back about Hyundai's new 7/8 seater Palisade SUV which the Korean carmaker has adapted from its HDC-2 Grandmaster Concept. Well, it has been officially unveiled at the ongoing LA Auto Show and from every angle that you look at it, you just can't ignore its Brobdingnagian proportions, a point reiterated by the 20-inch wheels. With the Palisade's massive front grille, Hyundai seems to have joined the trend started by BMW with its X7. At 4,981mm in length, it is only a few millimetres shy of the Range Rover and with a wheelbase of 2,901mm, it will offer plenty of room even for the third-row passengers. 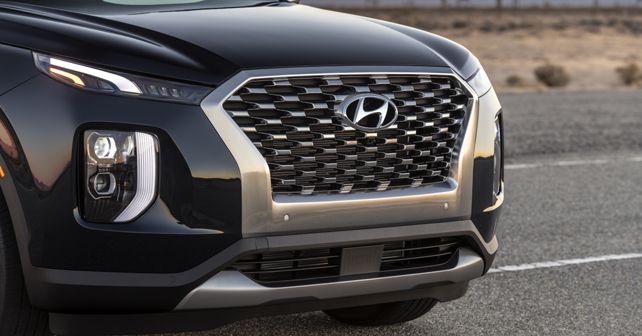 In terms of firepower, the Palisade will be offered with a 3.8-litre Atkinson V6 petrol motor which churns out 287bhp and 355Nm of torque. The motor is paired with an 8-speed automatic transmission which offers a two-wheel-drive mode or Hyundai's HTRAC All-Wheel-Drive setup. Hyundai also claims that special emphasis has been laid on the Palisade's NVH levels and to keep them low, they have fitted the car with extra under-hood insulation and a special sound-deadening carpet. 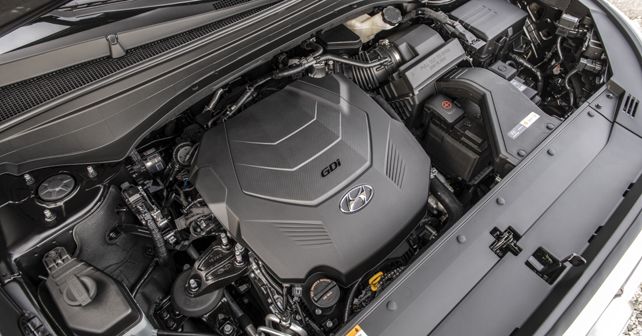 Talking about the features, the Palisade will be offered with a Heads-Up Display (HUD) which will display the information of its array of safety features such as Smart Cruise Control status, navigation, Blind-Spot Collision Avoidance Assist, Forward Collision-Avoidance Assist, speed limits, Lane Following Assist and the audio system data. To further add on to the list of convenience features, the Palisade will feature a 12.3-inch TFT instrument cluster and a 10.25-inch display for the navigation and infotainment system, which will offer Android Auto and Apple CarPlay connectivity. Other than this, features like wireless charging and 16 cupholders (littered all over the cabin) will also be seen on the mega SUV. 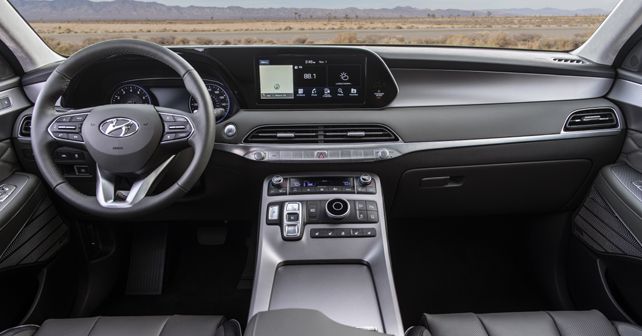 The Palisade will be available as an eight-seater with three rows of seating or as a seven-seater with ventilated captain seats in the second row, instead of a bench seat. While Hyundai has no plans of bringing it to India anytime soon, it won't harm us to compare it to the likes of the Ford Endeavour in our minds... 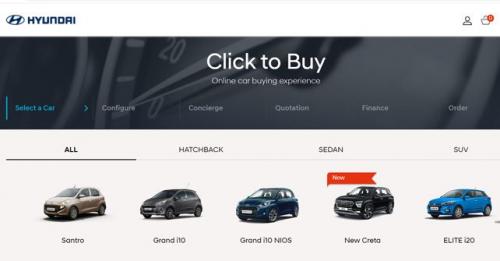