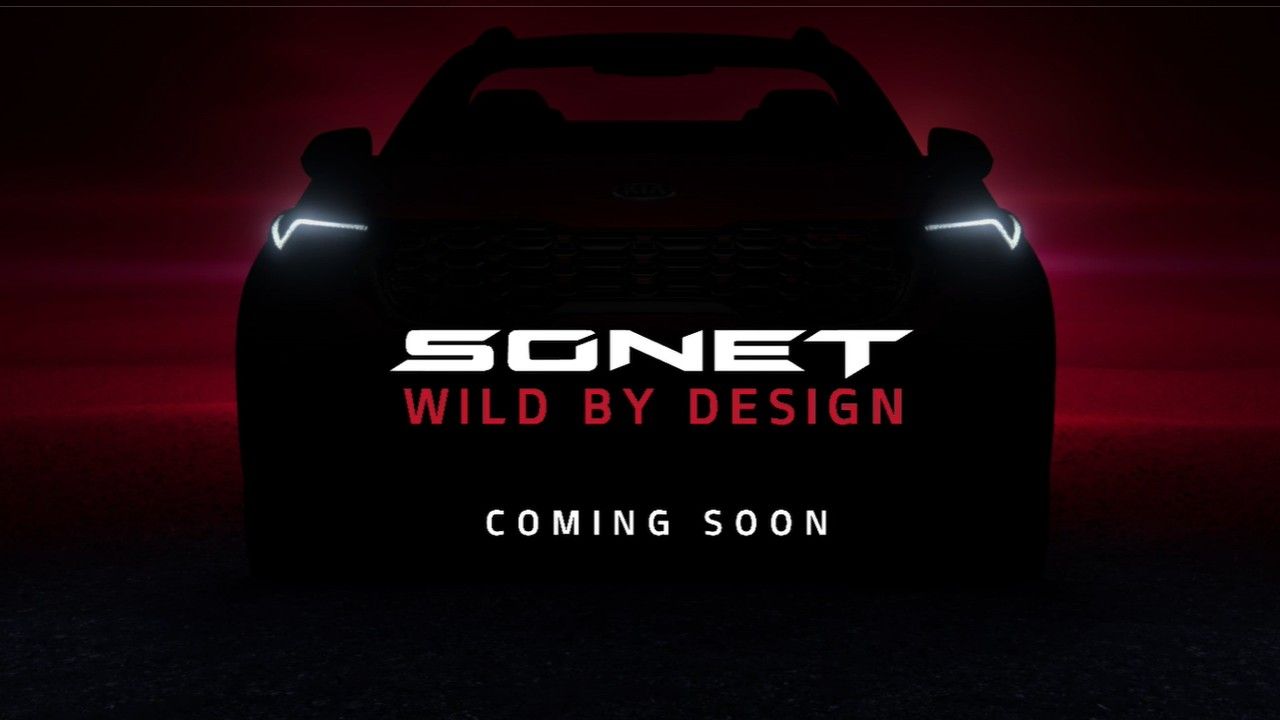 Kia showcased the Sonet in the concept form at the Auto Expo 2020 earlier this year and is now ready to pull the wraps off the production model on 7th August. The compact SUV will compete against the Maruti Suzuki Vitara Brezza and the likes.

Ever since its launch, the Kia Seltos has been creating quite a stir in the market. In fact, the car has been so successful that Kia Motor snatched the spot of the third highest-selling carmaker from Tata Motors in February. Kia is now all set to take this a step further with the introduction of the more affordable Sonet. Just last week, the Korean carmaker announced that the car will make its global debut on 7th August, and now it has been officially listed on the brand’s India website.

The teaser image on the official website doesn’t reveal many details about the car except for the LED DRLs, which are identical to those of the concept model. Just like all other Kia models, the Sonet too will sport the Tiger nose grille with the brand’s insignia on the bonnet. If the concept is anything to go by, the Sonet will be fitted with roof rails and LED taillamps that are connected across the width of the boot.

As far as engine options go, just like the Seltos and the Creta, the Sonet will borrow the engines from the Venue. The Sonet will also be offered with three engine options – a 1.2-litre 82bhp naturally aspirated petrol, a 1.5-litre 99bhp turbo diesel, and a 1.0-litre 118bhp turbo petrol. Transmission options include a 5-speed manual with the 1.2, a 6-speed manual with the diesel and turbo petrol, and a 7-speed DCT with the 1.0-litre. The Sonet is also likely to feature the new intelligent manual transmission (iMT) technology.

The Sonet is expected to be launched around the festive season this year. When introduced, it will compete against the likes of the Maruti Suzuki Vitara Brezza, Hyundai Venue, Tata Nexon, and Honda WR-V.