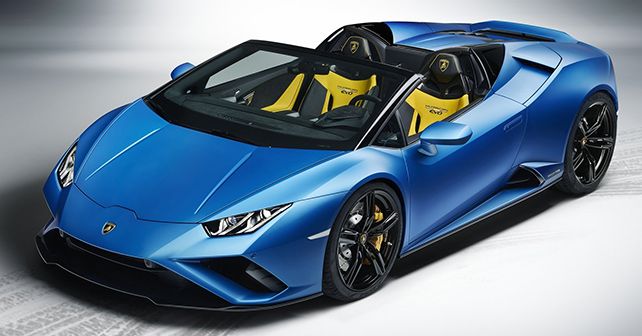 Powering the drop-top Huracan Evo RWD is the same 5.2-litre naturally aspirated motor that sends 602 horses to the rear wheels. Nought to 100km/h gets dismissed in just 3.5 seconds, and it hits a top whack of 324km/h.

It has been just two days since Automobili Lamborghini reopened the doors of its factory post the two-month lockdown, and the company has already added a new product to its line-up. Say hello to the Huracan Evo RWD Spyder.

The Evo RWD Spyder gets its firepower from the same 5.2-litre naturally aspirated V10 as the Coupe and in exactly the same state of tune. Pushing 602bhp and 560Nm, the Huravan Evo RWD Spyder blitzes past the 100km/h mark in just 3.5 seconds. Being just two-tenths of a second slower than the hard-top is quite an impressive feat, especially given that the convertible is 120kg heavier due to the roof mechanism and additional structural rigidity. In comparison, the all-wheel-drive iteration produces 631bhp and 600Nm and does the 0 –100kmh dash in 2.9 seconds. 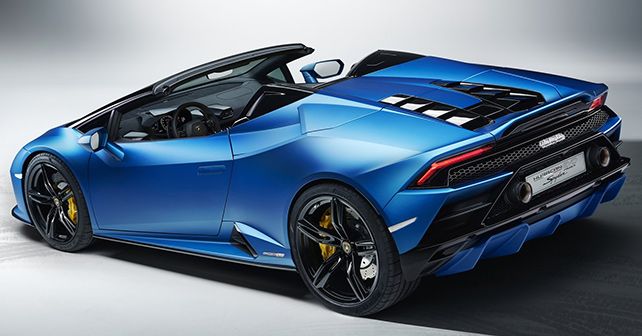 Just like the Evo RWD Coupe, the convertible, too, sets itself apart by a few subtle styling changes like larger air intakes at the front, a revised front splitter, vertically stacked cooling fins and a gloss black rear bumper. The Huracan Evo RWD Spyder can lower its electrically operated roof in 17 seconds at speeds of up to 50km/h. Like everything that bears the Raging Bull insignia, the Evo RWD Spyder can also be heavily customised – from various colours for the soft top to optional 20-inch rims. On the inside, the cabin layout of the RWD Spyder remains the same as the Coupe, including the 8.4-inch infotainment system with Apple CarPlay.

Although there is no official word as yet, expect Lamborghini to bring the Huracan Evo RWD Spyder to India. The Italian marquee brought the Evo RWD Coupe to India within a month of its global launch.