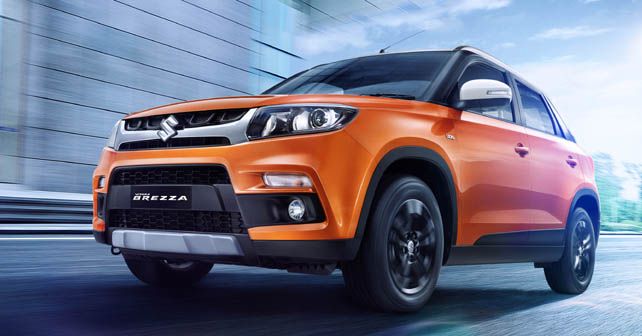 Wondering the cause behind this rather unexpected surge in demand for Maruti Suzuki's diesel vehicles? Keep reading to find out...

At a time when the word 'diesel' is being ushered in hushed tones and Indian manufacturers are shying away from the fuel, Maruti Suzuki seems to have set the stage well for a 'final hurrah' of its diesel model portfolio. Some media reports suggest that Maruti Suzuki is running out of its BS-IV diesel product stock at an unexpectedly high rate and is also planning to ramp up production, both in terms of duration and the number of units.

In September and October 2019, the Vitara Brezza has managed to record monthly sales of 10,000+ units (the Brezza is only available with a diesel powertrain). In comparison, the compact SUV's sales figures went down to as low as 5,300 units in July 2019. As a result, Maruti Suzuki is likely to increase the production of the Brezza by a few thousand units for both November & December. Further, Brezza's production may well extend to the end of January 2020. This makes the situation rather interesting, given the fact that Maruti Suzuki is already working on a petrol-powered version of the Brezza, rumoured to debut at the 2020 Auto Expo in February.

And it's not just the Brezza that is seeing a sales surge. In fact, Maruti Suzuki's total production target for its diesel cars has been revised to about 30,000 for the next three months. Reports suggest this is nearly 30-50 per cent more than the target originally kept in mind for this period. Consequently, close to 1,000 contractual workers who had been laid off over the past few months have now been hired back to meet the new production targets.

In August 2019, Maruti Suzuki took a crucial step to clear out its stock of BS-IV diesel vehicles by announcing free 5-Year, 1-lakh kilometre warranty on select diesel models (Dzire, S-Cross, Swift & Vitara Brezza). Later, in September, official discounts were also announced by the Manesar-based carmaker to add further incentive. Clearly, all these steps have performed beyond Maruti Suzuki's expectations, resulting in the surge of diesel car sales. Not to mention, individual dealer discounts can further fetch you some very lucrative deals on new diesel cars.