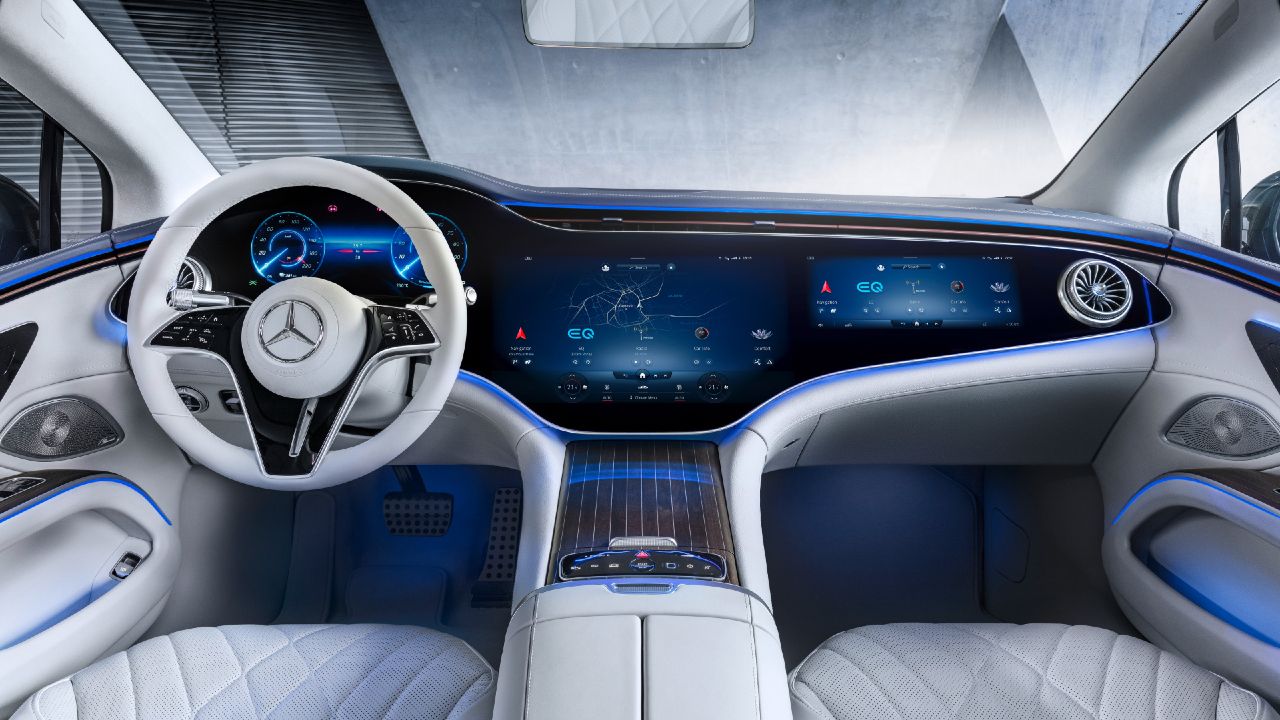 Mercedes-Benz EQS will be launched in the international markets first and could be brought to India by 2022. Gets an all-digital dashboard and a range of 700 km between full-charge.

Mercedes-Benz EQS all-electric luxury saloon will be completely unveiled on April 15, 2021. This time around, Mercedes-Benz showcased its interiors and gave out a few of its details. 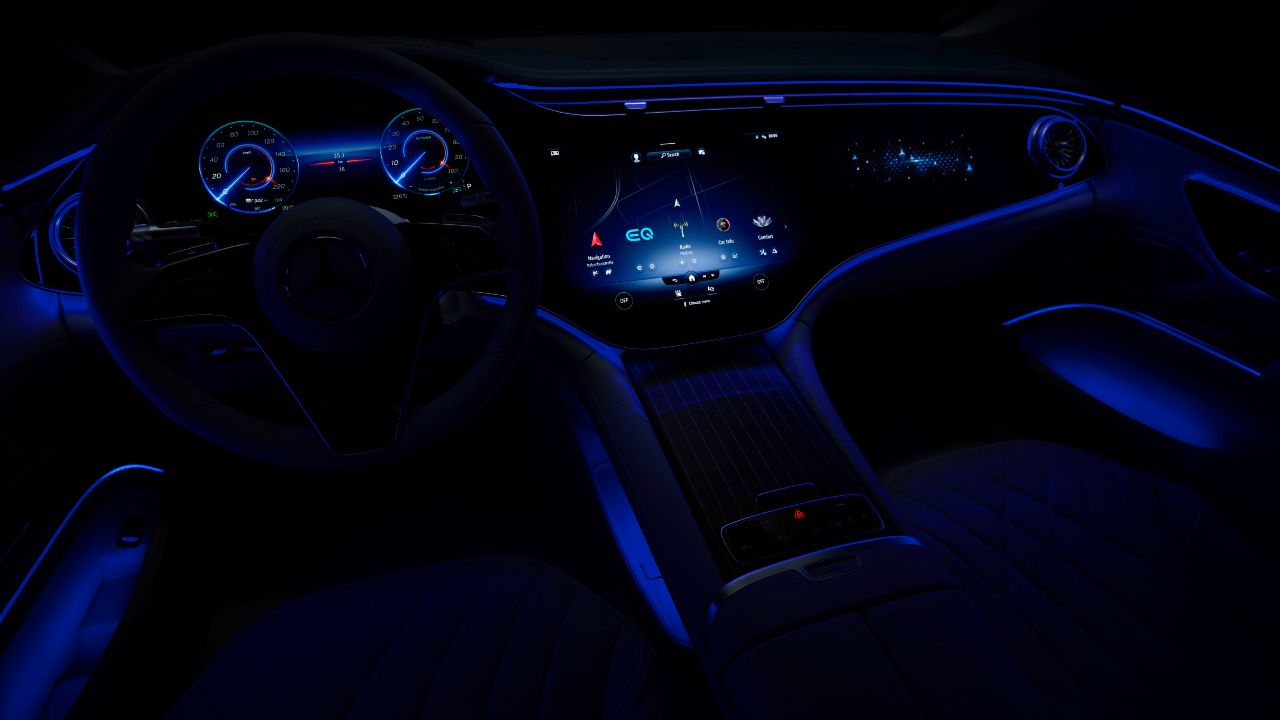 To begin with, the mainstay of the EQS, an all-digital intuitive dashboard is seen in the pictures revealed. Three screens spread across the length of the dashboard. One that replaces the instrument cluster and the other that is set in the centre for multimedia and infotainment purposes. The front passenger also gets a screen right in the front to access and operate a few features or functions of the new EQS. The screen layout is widespread (55-inches) on a curved glass and coated with a scratch-resistant aluminium silicate. 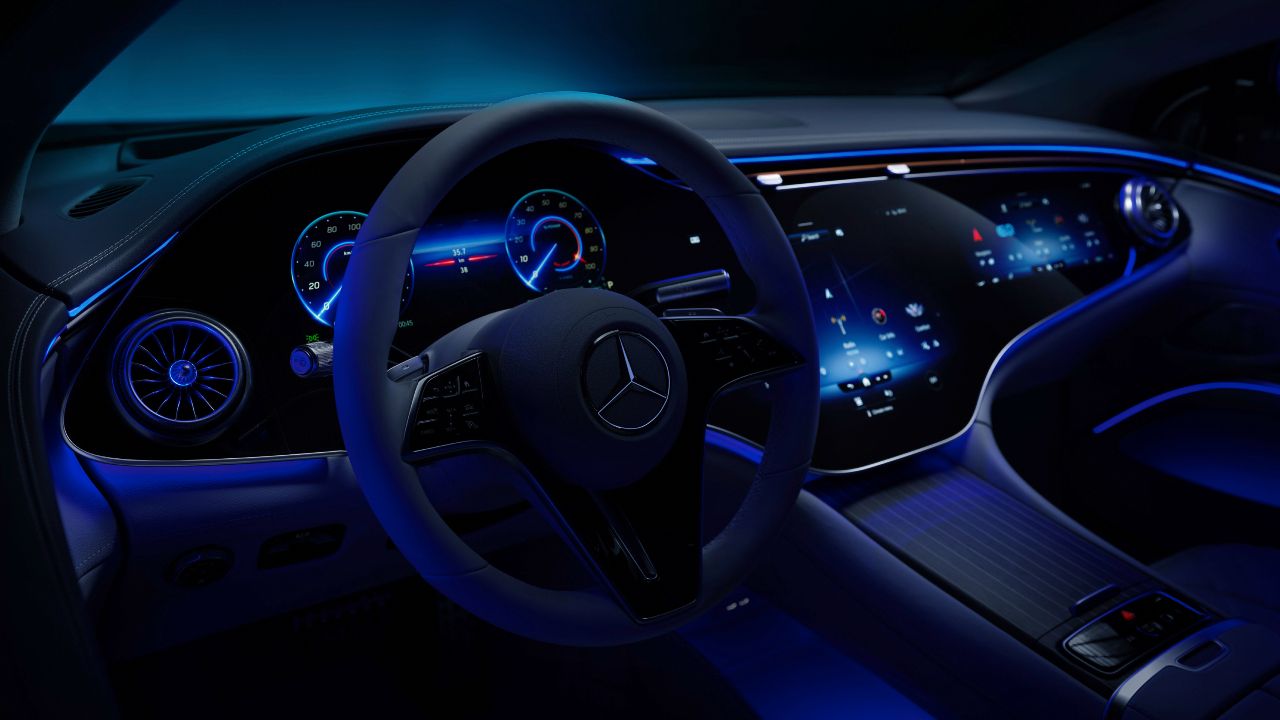 Mercedes-Benz calls the new infotainment system MBUX Hyperscreen - and by the specs of it, it is definitely hyper! Mercedes-Benz has specced it out with 8 CPU cores, 24 GB RAM and 46.4 GB per second RAM memory. MBUX’s (Mercedes-Benz User Experience) Hyper screen adjusts itself by reading the ambience through a multi-function camera and a light sensor. The MBUX offers up to seven-profiles that can be individualized to seven different owners. In addition, the “Hey Mercedes” feature is now supported in 27 different languages. The multimedia system works in tandem with a 710 watts Burmester sound system with 15-speakers inside the cabin. 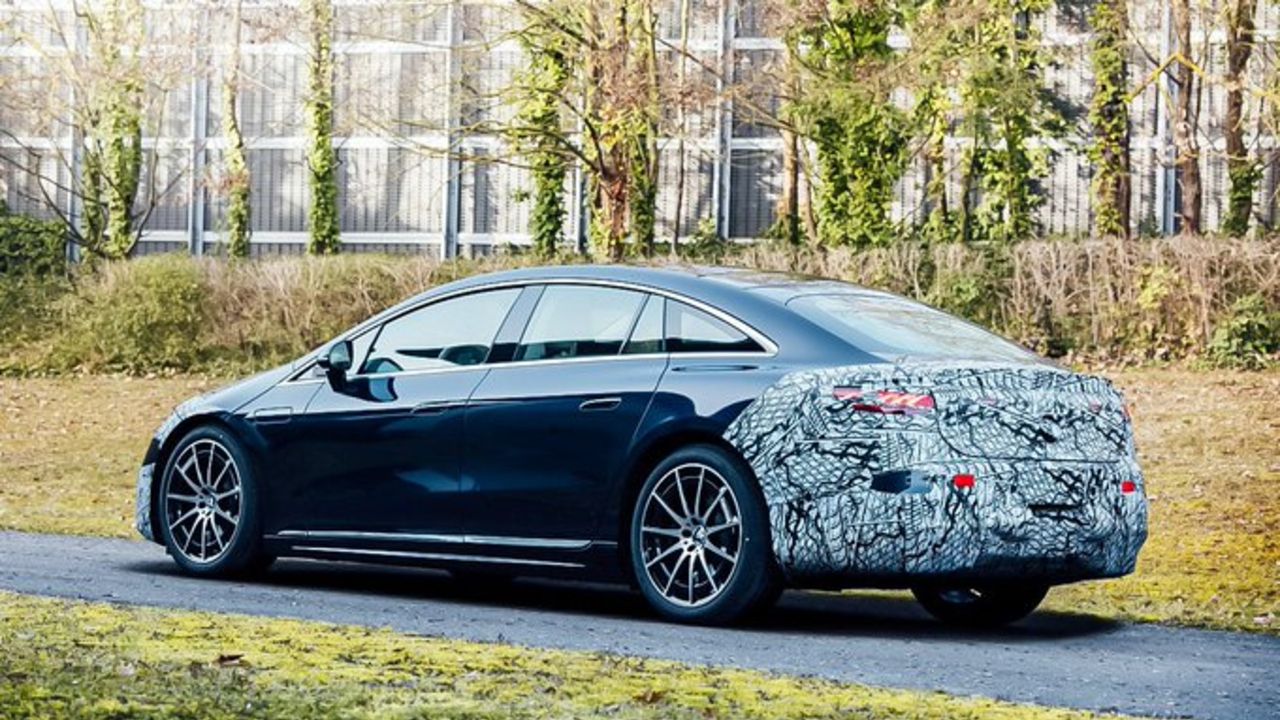 Speaking of the exterior design, the EQS will be based on the EQS Vision that was showcased by Mercedes-Benz back in 2019. Furthermore, the confirmed range on some of the models of EQS will be up to 700 km. Mercedes-Benz EQE, an all-electric luxury saloon in the E-Class vertical is in the pipeline as well and we expect the EQE to get similar features and in-cabin tech like the EQS.