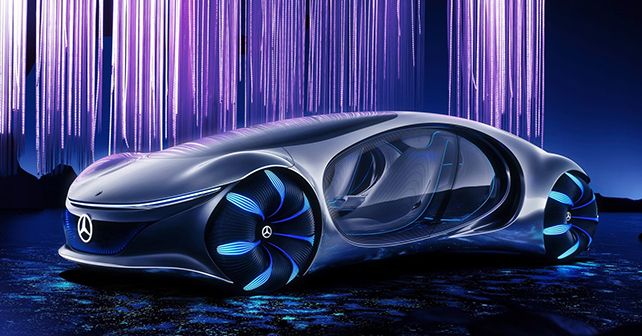 Instead of using rare earth-based metals, the Mercedes Vision AVTR concept uses graphene-based organic cell chemistry, which is 100% recyclable. Fitted with a 110kWh battery, Mercedes claims that the Vision AVTR has a driving range of 700kms.

It’s no secret that the future of the automotive industry has electric vehicles written all over it. While a lot of countries have already announced a complete shift to EVs, manufacturers too are focusing on developing electric powertrain options for their products. That being said, considering the rapid development in the EV space, there hasn’t been a corresponding solution to battery disposal – most of EVs on sale today are based on lithium-ion battery packs. Mercedes-Benz, however, seems to have found a solution. Say hello to the Vision AVTR concept.

This new concept car from Stuttgart ditches the lithium-ion battery pack and for the first time uses graphene-based organic cell chemistry, which, according to the company, is 100% recyclable. The Vision AVTR concept is based on a 110kWh battery that gives it a driving range of over 700kms. And if you intend to go even further, worry not, the Vision AVTR concept can be fully charged in just 15 minutes. 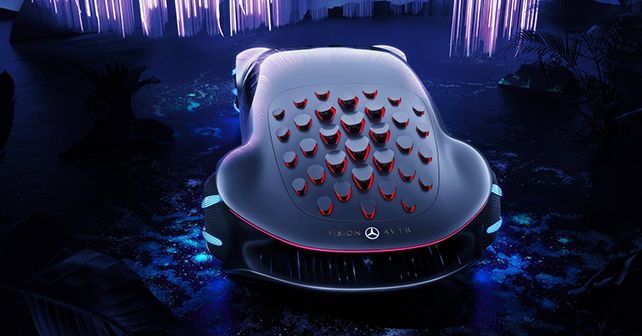 The Mercedes-Benz AVTR is inspired by James Cameron's Avatar. Just like the Na’vi people, the AVTR aims to bridge the boundaries between man, machine, and nature by combining luxury and sustainability. Aside from the battery pack, the Vision AVTR also uses vegan DINAMICA leather that has been made from old clothing, flags, and plastic bottles. The wood used for the floor trim is ‘Kroon’, which can be cultivated and thereby protects the planet’s rainforests. Every design element of the AVTR has been thoughtfully put together with the highest level of precision. The exterior design, too, draws a lot of inspiration from Avatar – like the opening and closing of the doors that mimic the wings of the ikran and the multi-directionally movable flaps at the back that are indicative of some of the Pandoran animals.

And if all of this still doesn’t have you mesmerised, the Vision AVTR can also move sideways in an almost ‘crab-like movement’ thanks to its spherical wheels. Just the kind of vehicle you need in Mumbai then, where finding parking space can be a major pain in the neck.