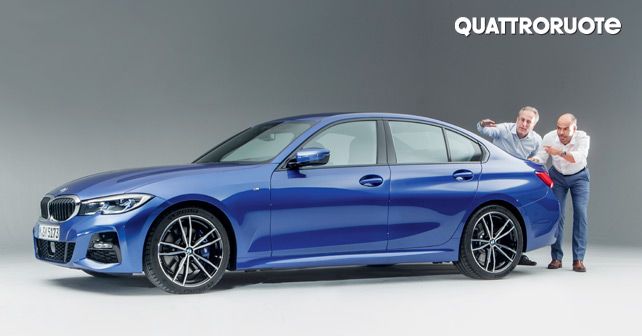 It was long anticipated by everyone in the industry, but the latest generation of the 3 Series – seventh since its launch in 1975 – had to patiently wait for its turn to arrive. And, naturally so, for in the last few months, BMW has been busy producing new models as if they were candies – X4, X5, Z4, 8 Series and X7. But the wait is over now, for the date of the commercial launch of this new model has been fixed for March 2019. And while the public got a chance to admire this new model for the first time at the 2018 Paris Motor Show, we were fortunate enough to have the opportunity to spend some time with it a few days before the official launch. And that means we can give you a first-hand account of how this mid-size sporty sedan has transformed, and to what effect – something that’s of strategic importance both for BMW and the segment.

Now, with the Alfa Romeo Giulia trying very hard to strip the German manufacturer of its title in the segment, the 3 Series takes an innovative step forward in an attempt to keep its throne. The updated design is quite evident, and it changes with the versions of the car – whether Luxury or M-Sport. The new 3 Series adopts a platform that is usually reserved for big BMWs, which consequently means that now it has grown in size too – it’s now 8.5cm longer and 1.6cm wider with a wheelbase that’s grown by 4.1cm. But, in spite of its bigger size, the sedan doesn’t exude an unfamiliar air. The long hood continues to remain a characteristic feature, and so does the stubby tail. The bonnet appears to be seamlessly connected with what is an interesting take on the manufacturer’s signature double kidney grille and the headlights, which are full-LED as standard – although adaptive LED headlights, with BMW’s laser tech, are also available as an option. Another design highlight is the bulge that runs through the door and rear fender. Interestingly, the perfectly chiselled tail is the result of an aerodynamic research study. It complements the overall design and is indeed original – the horizontal taillights are, perhaps, the least original aspect to it. 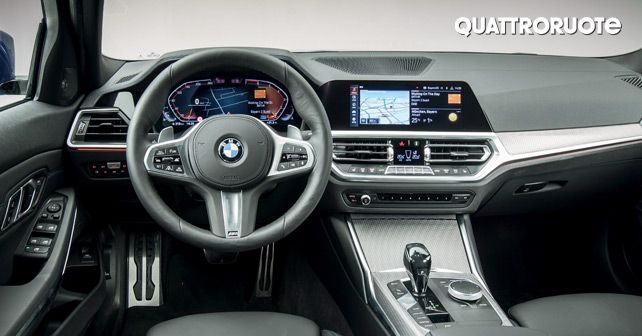 A look inside
Designers at BMW went for a clean sweep of the existing interior layout, which, honestly, had become a little outdated – and the result is a visually modern and hi-tech cockpit. The base versions of the car come with a 5.7-inch instrument cluster with an 8.8-inch infotainment display. However, you can upgrade to what BMW calls the Live cockpit professional, which is also standard on the top versions and, undoubtedly, one of the best highlights of the car. It has a 12.3-inch digital instrument panel with a 10.25-inch centre display, and comes with BMW’s latest iDrive 7.0 operating system – which, when compared to the current-gen iDrive, is more oriented towards the needs of the customer and has the ability to adapt to different situations.

The new 3 Series also scores in terms of practicality, as there’s no lack of headroom and legroom for rear passengers as far as we could tell. The boot capacity remains unchanged at 480 litres. The added centimetres to the car's length help accommodate new active safety features. Driving assistance systems are in abundance and include automatic braking system in the city, with the ability to detect pedestrians and cyclists, as standard. BMW’s Driving Assistant Professional offers a semi-autonomous experience and comes with steering assist, lane-keeping tech and cruise control. The parking assistance, on the other hand, includes the unprecedented reversing function, which allows the car to reverse up to 50 metres along the same line it just travelled in the opposite direction.

Triple delight
Despite the increase in size, the new 3 Series weighs around 55kgs less than the previous version and has an optimal 50-50 weight distribution. Its priorities are quite clear – dynamic ability, precision and agility. But that doesn’t mean that it compromises on comfort. Not at all. But how?

Well, to achieve this, BMW offers three different kinds of suspension setups – standard, optional M-Sport and Adaptive M with electronic damping. Also, it comes with two transmissions – a six-speed manual and an eight-speed automatic Steptronic for the more powerful versions. In India, we’ll only get the automatic.

As for the powertrain options, the petrol range will start with the 320i, which is powered by a 2.0-litre turbo four-cylinder engine developing 181bhp and 300Nm. The next is the 330i. And while it has the same engine, it produces 255bhp and 400Nm. The diesels, on the other hand, 318d and 320d, are powered by a 2.0-litre turbo four-cylinder engine. The former produces 148bhp and 320Nm, whereas the latter is rated at 187bhp and 400Nm. There will be an even more powerful 330d variant that will join the range later on. It’ll get a 3.0-litre six-cylinder turbocharged diesel developing 263bhp and 580Nm of torque. BMW has also unveiled the M340i and 330e recently. While the former is an outright performance monster with 369bhp on tap, the latter is a plug-in hybrid. 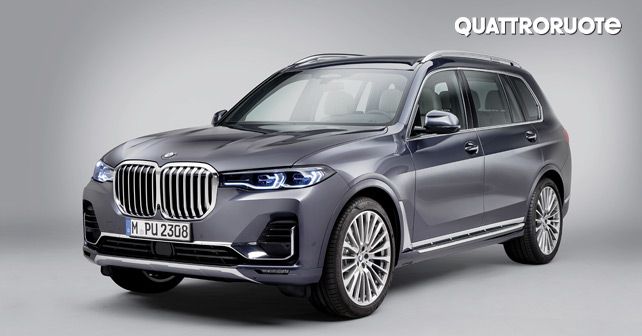 The new flagship
The current year, for BMW, ends with a bang. And why not? After all, we’ve seen the preview of the X7 – a massive car of 5 metres and 15 centimetres, with a wheelbase of 3.1 metres. This Super SUV will be able to accommodate 7 people in its standard version, and 6 in the optional version. The launch has been scheduled for March 2019, with the aim to conquer the North-American and Chinese markets, breaking into the markets of the Mercedes GLS and Range Rover. The use of high-quality materials aside, what distinguishes the X7 is the presence of electronic controls that manage all the seats and its 5-zone air conditioning system. Built on the modified CLAR platform, the X7 offers both a standard air suspension and an adjustable suspension, which is great if you’re an avid off-roader. It’s an all-wheel drive with an eight-speed automatic transmission. In Europe, it’ll be launched with a 3.0-litre in-line six-cylinder engine – both petrol 40i and 30d and M50d diesels – with a power that ranges between 265 and 400 horses. The SUV will have Level 2 autonomous driving in Europe and, thanks to the more advanced standards, Level 3 in USA and China. 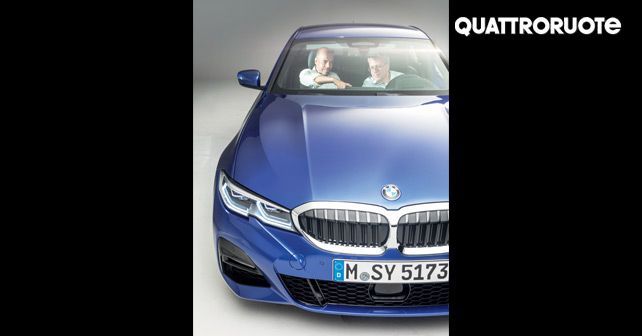 Stephan Horn, Product Manager of the 3 Series, shows us how much the cockpit has changed. According to him, it was the area that required the most interventions. The model here, in M-Sport trim, features wide air intakes.

Stephan Horn (on the right) explains that the roofline has been adapted to the length of the car, but the total height – 1,442mm – has increased only by a millimetre. 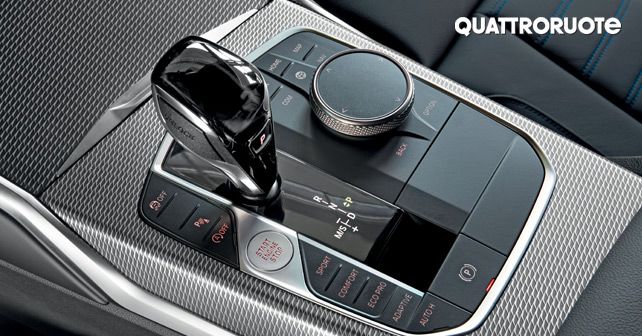 The interior has been completely transformed in terms of appearance. From the right, clockwise: the controls on the console have been redesigned; the lighting panel is now activated by buttons; the seats are comfortable and envelope the passengers and the driving position is, as usual, semi-stretched; the 12.3-inch digital panel with a 10.25-inch screen is quite something – it’s touch operated but also manageable through the iDrive wheel.