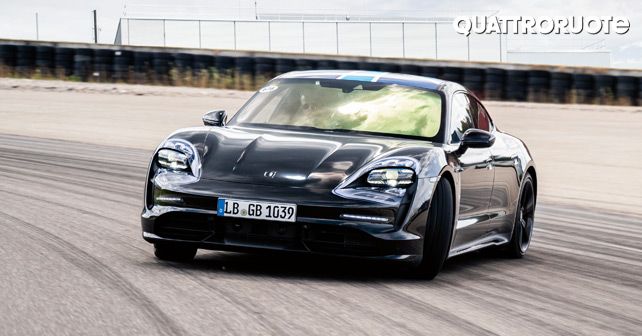 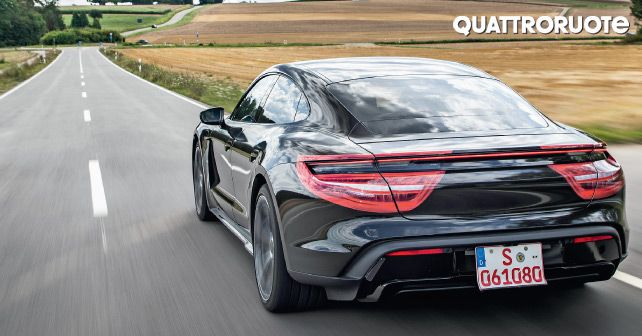 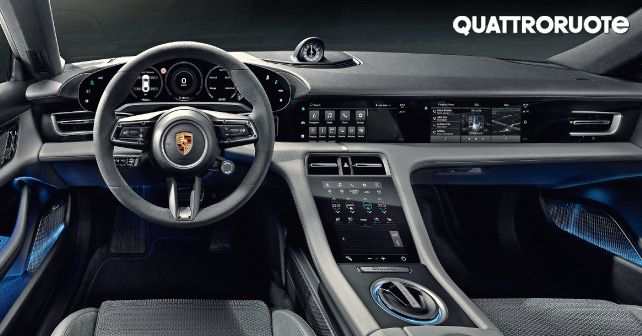 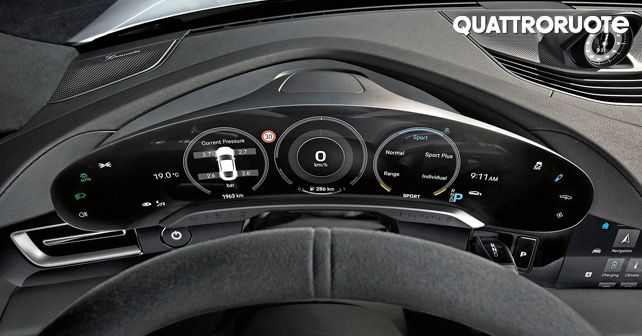 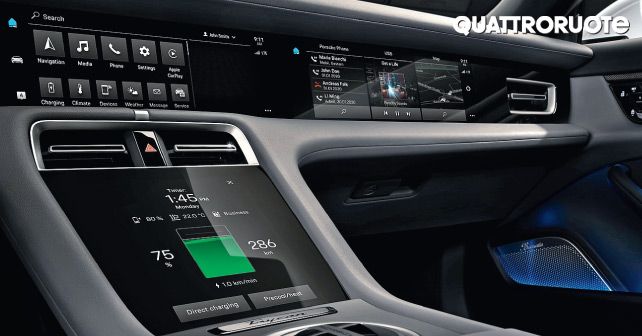 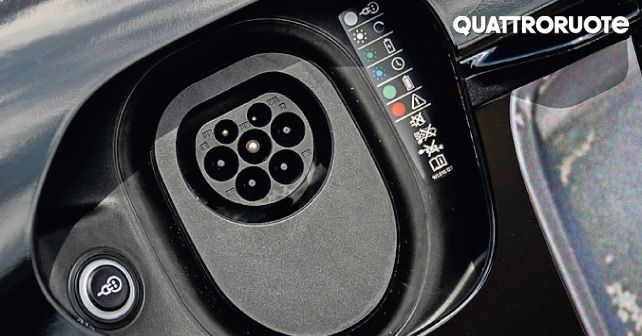 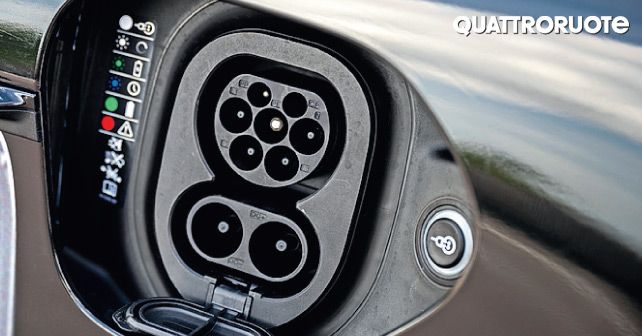 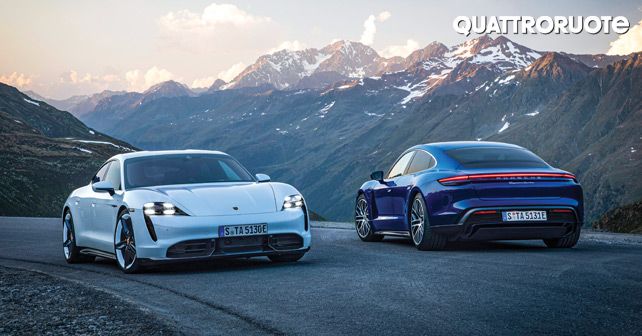 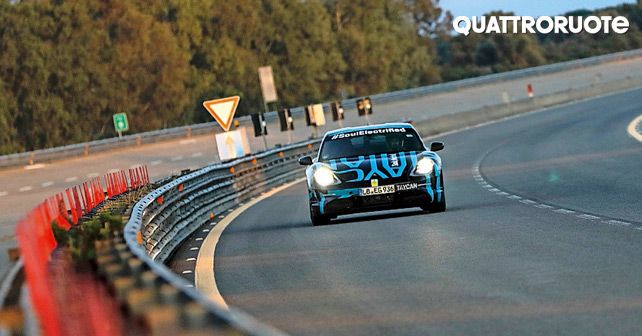 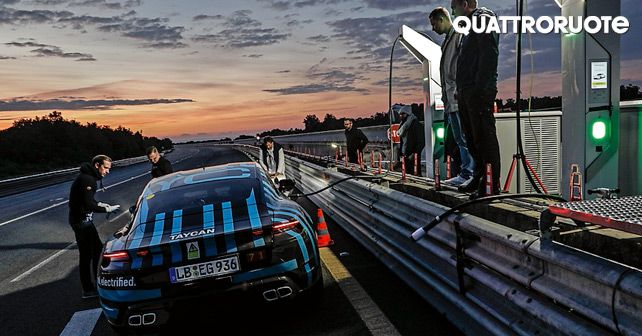 Porsche’s first all-electric model has finally been revealed. Here’s a much-awaited first drive of a pre-production model of the Taycan.

One of the few constants in life is change, or so they say. And, in Zuffenhausen, that’s exactly what’s happening today – a change called the Taycan!

For those of you who need reminding, this is the first Porsche that has no firing cylinders, pistons, or pretty much anything else that explodes. But don’t for a second think that it won’t make any noise. After all, it’s the most potent and credible Tesla fighter out there, and, above all, it successfully reinterprets and reinvents seventy years of Porsche’s history and tradition.

Now, the Taycan is not a one-shot experiment – for it’ll be followed by other electrics, starting with the Macan’s electrified heir. This is notwithstanding the fact that, when talking to engineers, many a time, it feels as though they would have been happier without this new electrified world of automobiles. It’s a challenge within a challenge, and when they tell you about it, you do feel the intensity of their predicament. You see, until very recently, electrification consisted of little more than hybrids. Now the fate of a revered brand like Porsche rests on its shoulders. So, the task for the engineers seems an almost impossible one.

Nevertheless, this is what the technicians at Porsche are determined to achieve – to make a car that’s 100% Porsche. The fact that it’s powered by electricity is almost a secondary factor – as if the presence of a thermal or electric motor ought not to lead to any inherent differences. In short, the focus of Porsche’s endeavour was to create something with great character, for nothing short of that would do!

Digital shift
Perhaps it would have been better to retain a traditional ignition, which has now been replaced by a start button. However, it’s still on the left like in a conventional Porsche. After all, you can’t have a future that’s not rooted in tradition! That being said, all it does – in pure Tesla style – is animate the car and bring to life the many screens in the cabin.

On the right side of the steering, sticking out from the dash is a small horizontal shifter, which appears to be stylistically similar to the one in the new 911. The interior is cosy, even a little airy, especially the rear, and its similarity to other Porsches is quite evident.

And even though the interior certainly seems to have been inspired by Porsche’s current range, the dash and cockpit are unique – remarkably different from anything that we’ve seen so far. Not to mention the fact that it’s the first Porsche to have a completely leather-free interior – it’s not only green, but vegan too.

A definite shift to digital couldn’t have been more evident. Right behind the steering wheel lies a 16.8-inch curved digital panel, which is touch-sensitive on its left and right edges. A classic 10.9-inch screen is on the central console, which is supplemented by an 8.4-inch touchscreen, which can be used to control various features, like the AC controls. And, most importantly, it shows you the amount of charge remaining in the battery.

That’s not all! There’s a fourth display for the front passenger above the glove box. It’s reminiscent of what we’ve seen in recent Ferraris, but the Porsche’s screen ratio is very different. The all-digital interior is undoubtedly quite impressive, but it seems as though someone at Porsche’s design and development centre wanted to avoid physical buttons like the plague.

The interior continues to impress with its AC vents, which can only be adjusted electronically, and the introduction of your own personal assistant, which can be activated by the not-so-original voice command – ‘Hey Porsche.’

The thing, however, that the lords of Zuffenhausen are proudest of is ‘0 – 100 in 5.’ Now, before you mistake that for its acceleration, let me tell you that it’s not that. It’s a playful way to say that the Taycan, thanks to its 800-volt electrical architecture, can be charged to offer a 100 kilometre range in just 5 minutes. Now, that’s impressive!

Mind you, the acceleration is no less impressive either. In the first few metres, it’s simply monstrous. The traction is absolute, as the car shoots from a standstill to, say, 60km/h with unprecedent violence, pushing you flat against the seat, triggering some concern about the strain in your neck.

But this violent beginning soon changes into composed vehemence before you find yourself travelling at 200km/h. Officially, Porsche claims that the Taycan Turbo S can hit 100km/h from a standstill in 2.8 seconds, whereas the regular ‘Turbo’ will do the 0 to 100km/h sprint in 3.2 seconds.

Drift much?
The car is propelled by the power of about 750 horses (in the Turbo S), which is divided between the front and the rear axles, where you’ll find motors that find their roots from those of the 919 Hybrid – a three-times Le Mans winner.

According to Porsche’s engineers, the Taycan is rear-axle focused. But, out on the road, it’s not so evident – at least not in this pre-production example, which still needs its settings to be refined and tweaked. Now, there’s no reason for an EV to be good at drifting, but the Taycan is. It drifts with ease, so-much-so that you soon forget its almost five metres in length.

Now, the Taycan may mark a revolutionary turning point in the history of Porsche, but it retains many elements that come from the genetic code of the company – agility, precision, and an ability to play with curves.

All this resonates perfectly with its electrical components. The skateboard-like layout under the floor, which is home to the batteries, does well for its centre of gravity – which is the lowest of any Porsche. It’s weight, however, is still noticeable at high speeds.

The car is equipped with active 48-volt anti-roll bars, which is well and good, but you do need to understand that you’re engaged with a car that has the 911’s agility and eagerness to attack corners and the Panamera’s weight.

It does, however, have a shorter wheelbase than the Panamera, which makes it fun to drive. It's surprisingly quick to change direction and remains smooth and precise when cornering. You feel the weight sometimes, but it’s never bothersome. You pass like a slingshot from one curve to another and, with four-wheel drive, and you can give it gas (is that term still valid?) before the wheels are straight.

The electric torque arrives smoothly, and with shocking immediacy – bringing the likes of a GT2 RS to mind – making the Taycan brutally fast and determined, and even arrogant perhaps.

Now, if you want, you can activate the engine soundtrack to break the monotonous silence that’s characteristic of electrical vehicles. Frankly, it’s a matter of taste, but the interesting thing is that the sound here is not fake – it’s an amplification of the sounds of the powerful electric motor through the speakers. That said, it’s a 500 dollar optional extra!

Given the performance and positioning of the car, Porsche seems to have avoided the one-pedal driving feature that has become so common with electric cars these days. However, there is an option to switch to obvious regeneration with the press of a button, but it’s not enough to make you forget the brake pedal. You can also switch to Auto mode, in which the car decides the extent of regeneration to apply based on inputs from the front cameras.

Thanks to the air suspension, which filters out everything with ease, this Porsche absorbs potholes and undulations. It never, however, gets to feel like a flying carpet – and it’s better for it. Given everything that we’ve said about the car so far, it would’ve felt out of place.

Combining The Past & Future
The dashboard layout of the Taycan is a true and unique reinterpretation of tradition, which has been revered in various stylistic details. This is also true for the instrumentation, which on an LCD panel displays three of the five historical round gauges. In addition to the Classic mode, you can choose to display only the map or, at the other end of the spectrum, just the essential indicators for the act of driving. Meanwhile, the steering wheel is typically Porsche – and, of course, it carries the ubiquitous drive mode selector.

Porsche has unveiled the Taycan in two all-wheel-drive versions – the Turbo & Turbo S, which is the most powerful derivative of the Taycan model range. Less powerful versions (starting with the Taycan Cross Turismo) are expected to debut next year. The Taycan Turbo S churns out 751bhp & 1,050Nm and has about 400kms of range. Meanwhile, the Turbo puts out a maximum of 670bhp & 850Nm, and has a range of 450kms.

While we were wandering around Weissach, Germany, another Taycan was engaged in a much more arduous test – to drive for 24 hours on the 12.6-kilometre oval track at Nardò, Italy – a Porsche’s test track since 2012 – without stopping, except to recharge the batteries and to change drivers – six of whom took turns behind the wheel. It was an endurance test in which the 800-volt recharging system played an important, if not decisive, role. Just like at Le Mans, time saving in the pits was as important as the speed of the car. And the Taycan, in fact, did not run at top speed. The pace was between 195 and 215km/h, which is the best compromise to achieve a great deal of miles and to avoid excessive consumption. In all, this Porsche covered 3,425 kilometres – in the real world it would have started in Nardò and finished in Trondheim, Norway. 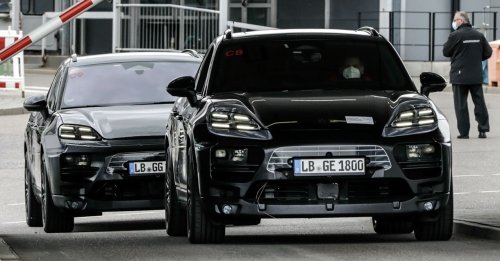