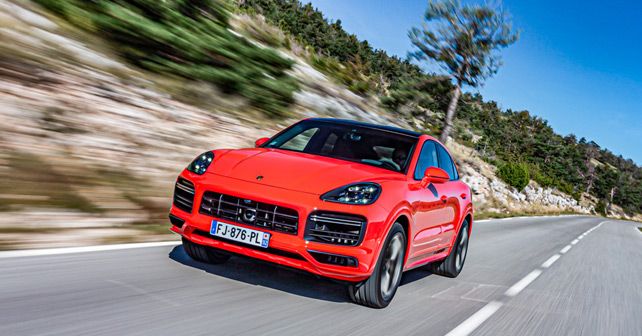 What can you do to make your already high-performance SUV even sportier? Well, give it a coupe-like roofline of course. But are these sporty pretensions justified? Well, we’re about to find out…

An abomination. Sacrilege. Saviour. Bestseller… all of these phrases can be used to describe the Porsche Cayenne.

You see, when the Cayenne was first launched in 2002, Porsche purists were spitting blood that this thoroughbred sports car brand was now making utility vehicles – however sporty they may be. But if it wasn’t for the instant success of the Cayenne, it’s quite possible – likely even – that Porsche may not exist today. This ungainly SUV (at first anyway) ensured that Porsche could go on making the world’s favourite sports car, the 911!

Fortunately, the Cayenne has become less ungainly – visually, that is – and, in Cayenne Coupe spec, as we have here, has actually grown into a vehicle that’s quite striking. At a stretch, you could say pretty even. From behind the wheel, though, I’ve always gravitated towards the Macan. It’s lighter, more manageable, and drives much more like a true Porsche. Plus, it’s the perfect size for our cities, and offers the right blend of performance and practicality to make it the ideal everyday sports car for India. So, with this coupe-like roofline, can the Cayenne finally trump the Macan in terms of performance?

A roofline that belongs
Let’s start with the looks, because the Cayenne Coupe in a bright colour genuinely grabs attention – even in the Cote d’Azur, where we were driving our test car. For an SUV, it certainly looks hunkered down and very much like it means business. And the coupe roofline has actually been beautifully integrated into the overall design. 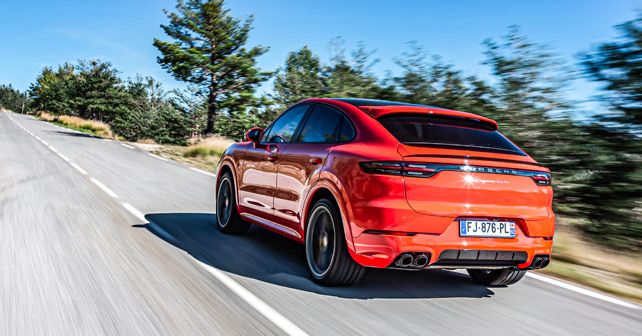 On the inside as well, the Cayenne Coupe feels sporty and driver focussed. You sit facing a traditional analogue rev counter, which is flanked by digital displays on either side. The dash is dominated by a large touchscreen, while the centre console too is practically all touchscreen. Personally, I don’t quite understand this fascination with screens. Sure, the quality of the various displays is phenomenal, and the main touchscreen is actually quite easy to operate, but I much prefer individual buttons for audio, HVAC and other basic controls. For instance, you now have to go into one of the menus on the PCM (Porsche Communications Management) screen to activate the sport exhaust – whereas previously you could just reach for the physical button without having to take your eyes off the road.

That apart, the quality of the materials, and the overall fit-and-finish of the cabin is simply sensational – as it is in in any Porsche. An especially nice touch in our test car was the retro black and white tartan fabric seat inserts. If I were buying a Cayenne Coupe, I would certainly check the box for that option.

But, enough about retro seats and shiny touchscreens, what about how it goes down the road – does it really deserve to be called a ‘coupe’?

Full of surprises
In a word, yes! Our test car came with rear-wheel steering, torque vectoring, air suspension and PDCC (Porsche Dynamic Chassis Control), not to mention that the Cayenne Coupe is a little bit lower and has a marginally wider rear track as well. We also had the optional lightweight pack, which saves about 20 kilos and comes with a carbon fibre roof – as opposed to the panoramic glass roof, which is standard – and lighter alloys as well. There’s also slightly less insulation material, which not only saves a few grams but also lets a bit more exhaust noise seep into the cabin. That being said, with the double-glazed side windows, in Normal mode (the Cayenne Coupe comes standard with the Sport Chrono Pack, which gives you the driving mode knob on the steering wheel), it can actually be cathedral-like in the cabin when you’re gently cruising down the motorway. 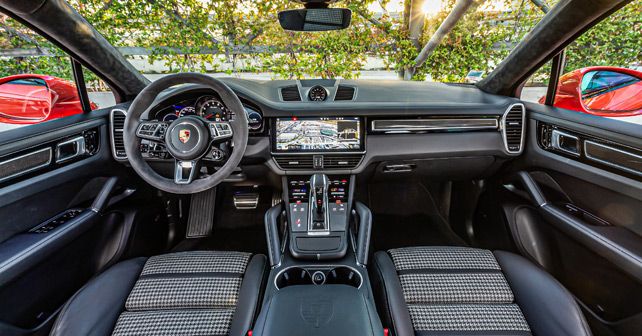 But if you want to turn up the volume, all you need to do is switch to Sport or Sport Plus and step on the gas just a little – the character of the car changes completely. For me, that’s the real beauty of the Coupe. It really is two cars in one. An SUV on the one hand, which is spacious and comfortable, and a surprisingly sporty Bahnstormer on the other, which can be quite engaging and entertaining from behind the wheel.

If I’m honest, I didn’t expect it to turn out to be as sporty as it is. I thought ‘Coupe’ meant that it would have a more slender roofline, and that’s about it. And when I was driving at reasonable speeds in the hills in the South of France, it didn’t really feel all that inspiring. Sure, the steering is very well weighted and direct, but, at the same time, you do get a sense of the car’s size – especially on these tight and twisty mountain roads. But then we came up behind a small white Peugeot 206 hatchback – lowered, with yellow shocks peeking out from the underbody, a free flow exhaust, and peppered with rally stickers. The driver was suitably enthusiastic and enjoying his Sunday drive in the hills.

But when the road opened up slightly, it was as though he flicked a switch and suddenly let it rip! I took it as an invitation, of course, and followed. Frankly, I don’t think either of us could believe that a two-tonne SUV could possibly keep up with a hot hatchback on the very roads that serve as some of the stages of the Monte Carlo Rally. The little Peugeot would dive into a corner, as if being steered from the rear, virtually kissing the hillside and carrying speeds that were almost unbelievable, while the Cayenne Coupe would cleverly conceal its mass, and simply follow behind. Some of the more open stretches had tarmac that was quite undulating, but the chassis and suspension just took it in its stride and dismissed everything in its wake. After a thrilling blast through the hills, we waved at each other in mutual respect. And, in my case, there was respect not just for the little tuned Peugeot, and its driver, but also for what the Porsche engineers have been able to do with the Cayenne Coupe.

The air suspension means that not only is the Coupe quite comfortable on broken roads, despite having Lamborghini-rivalling 315/30 ZR22’s at the back, but it’s also got incredible body control and composure. The active anti-roll bar works off a 48-volt system and is simply incredible in the way it keeps the car completely flat through the corners. Of course, the advantage of active roll stabilisation is that it can be completely disengaged when you raise the ride height and select an off-road mode. How you go off-road with 22-inch wheels, though, is quite beyond me. 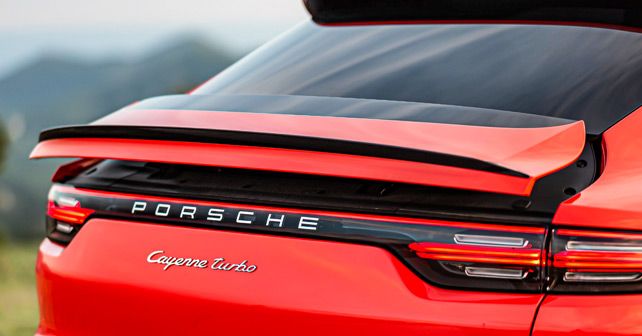 That apart, the great thing about the cars that will come to India early next year will be that they’ll be well specced, so you should get all the technical wizardry that enables this car to completely defy the laws of physics and handle like a sports car. The question, then, is which powertrain should you choose – the 3.0-litre V6 turbo producing 335bhp and 450Nm of torque or the full-fat 4.0-litre V8 twin-turbo producing 541bhp and 770Nm?

Frankly, the V6 is plenty – especially for our conditions. The only time I felt like I could use a bit more power was when I was powering out of tight, uphill hairpin bends while following a Cayenne Turbo Coupe, which would pull away initially. Really, the only reason you would pick the V8 is for bragging rights.

Me? I would go with the V6 and the lightweight pack. But if it’s kerb appeal that you’re after, you simply can’t go wrong with the Turbo in a bright colour. In that department, the Macan simply doesn’t hold a candle to the Cayenne Coupe. On a tight and twisty road, sure, the Macan would feel even more at home, but this car has certainly earned its ‘coupe’ nomenclature – not only does it look better, but it goes down the road like you simply can’t believe. Provided you momentarily forget the speed limit, that is…

X-factor: A coupe-like roofline that not only transforms how the Cayenne looks, but how it drives as well…

X-factor: A coupe-like roofline that not only transforms how the Cayenne looks, but how it drives as well…