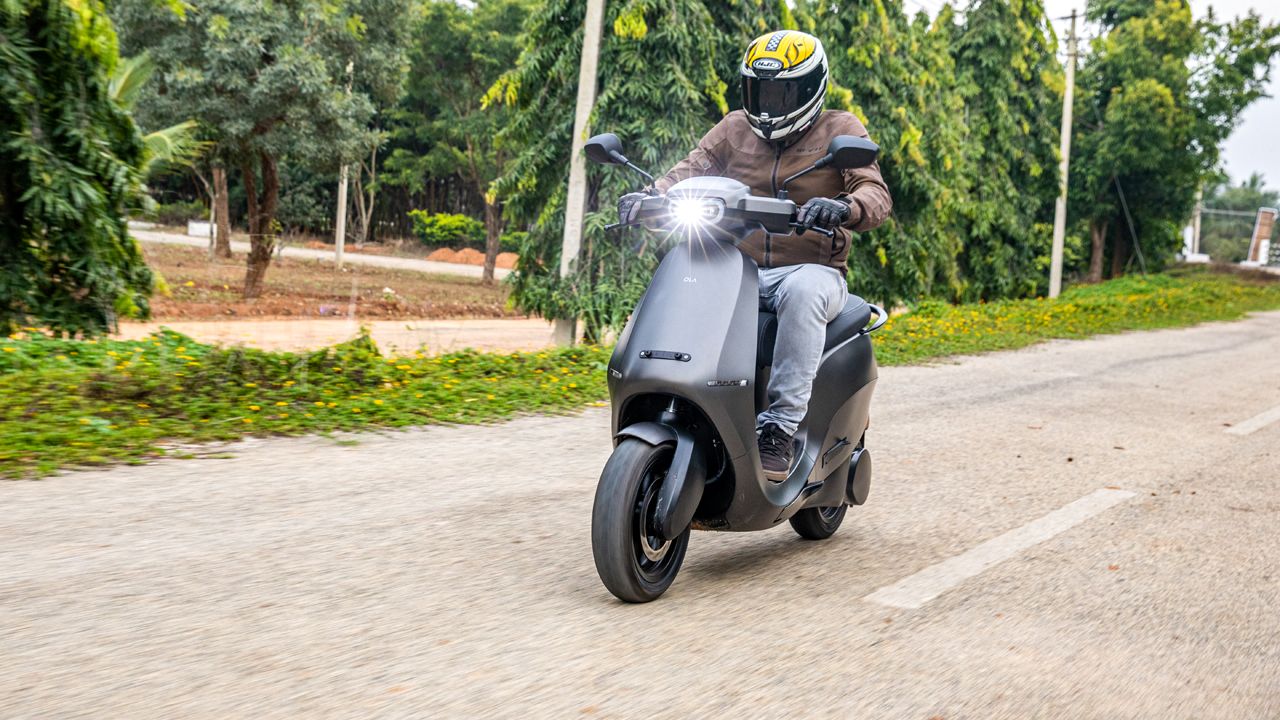 Your Ola ride has finally arrived! But has it been worth the wait? Should you cancel it or go ahead with your booking? We find out!

Not too long ago, the Ola ride would typically mean a dingy Wagon R that may or may not turn up at your doorstep. That, however, is about to change now. Well, not the way the cab drivers operate, but the very definition of an Ola ride. Because Ola has now decided to enter into the thriving electric two-wheeler segment, with two brand new electric scooters – S1 and S1 Pro. These scooters were launched with much fanfare on August 15, 2021, and, reportedly, Ola has made a fortune by just bookings alone.

The thing is that all of this may sound very impressive, but that’s no reason to jump on the hype train. Ola very well knows this, and that’s why it invited us to ride its all-new scooter to show that it’s well worth the hype. But is it really the case? 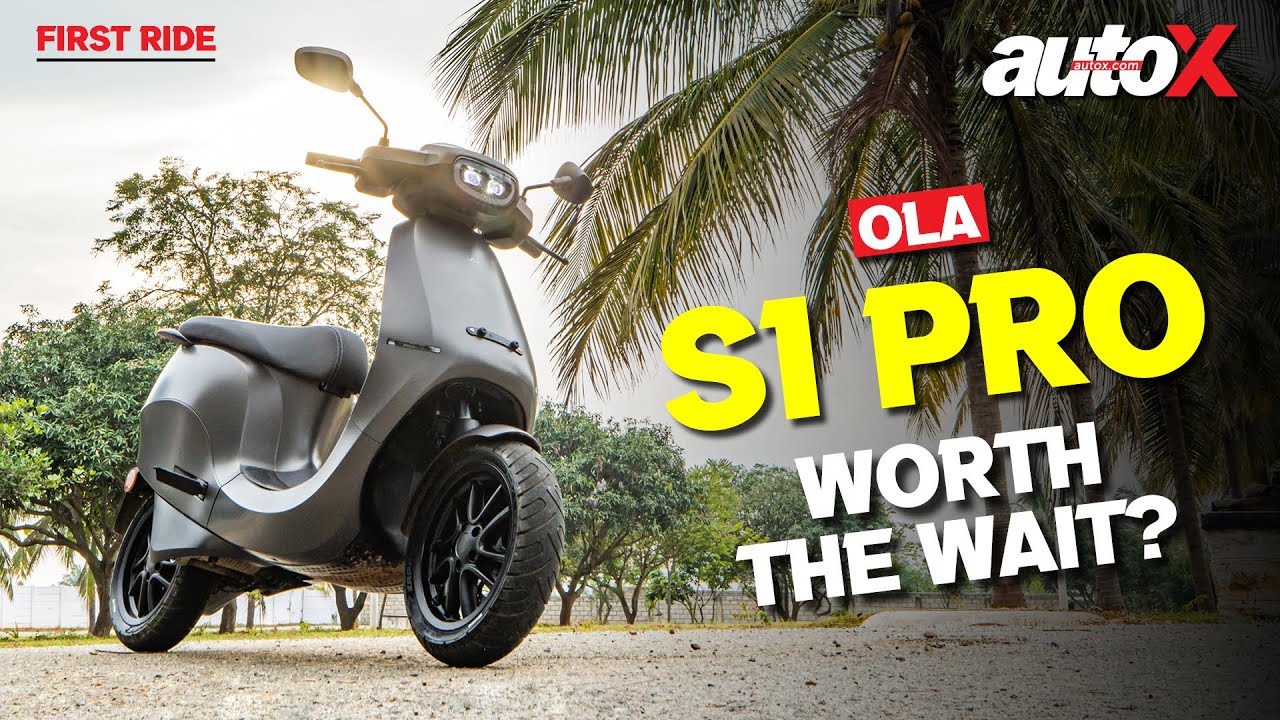 First things first, we didn’t get much time with the Ola S1 during the first ride, thanks to unprecedented Bangalore rains. However, it felt quite promising from whatever little time we managed to spend with the scooter.

Ola will ship its electric scooters in two variants – S1 and S1 Pro. Both are more or less identical, except for the battery capacity – the S1 gets a 2.98 kWh battery pack, while the S1 Pro gets a bigger 3.97 kWh battery. The S1 has a claimed range of 121km, and the Pro will do 181km on a single charge, claims Ola. The peak power output and torque for both stand at 8.5kW and 58Nm, respectively. The S1 weighs 121kgs, and the Pro tips the scales at 125kgs. Despite being heavier, the Pro is the faster of the two, as it does 0 – 40km/h in 3 seconds, 0-60km/h in 5 seconds, and has a top speed of 115km/h. The S1, in comparison, is 0.6s slower to 40km/h and full 2s slower to 60km/h. The top speed is also lower at 90km/h. The difference in performance is down to the fact that the S1 Pro has an additional ‘Hyper’ mode on offer – the S1 only has Normal and Sports mode.

Because of the bigger battery pack, the Pro takes 6 hours and 30 minutes for a full charge at home (via a 5A socket), while the S1 takes 4 hours 48 min for the same. With a public charger (Ola Hypercharger), both the scooters will take 18 minutes to offer 75km of range. 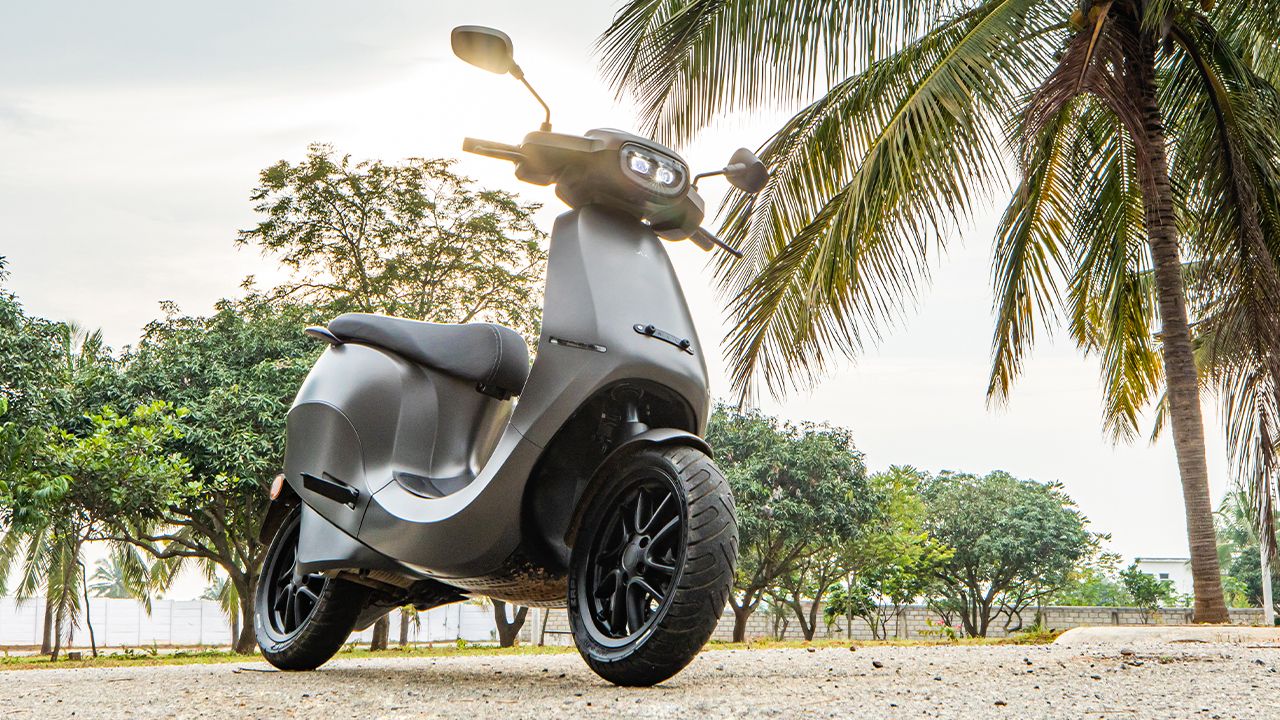 We only got to ride the S1 Pro. First things first, both the S1 and the S1 Pro don't look lithe or small in the flesh, as the pictures suggest. The wheelbase is 1,359mm, and the scooter is 1,859mm long, 712mm wide, and 1,160mm tall. The seat height is 738mm, which makes it easily accessible for short riders as well. You do however feel the weight of the scooter at a standstill.

Quality and fit-and-finish levels are more than satisfactory – the plastic quality here is definitely better than that of the Ather 450X. The paint quality is decent too but not quite as good as its ICE counterparts, like, say, the TVS NTorq.

Coming to the performance, the S1 Pro is quick! Right off the bat, you can make out that power delivery is instantaneous and quite ferocious, especially in Hyper mode. We didn’t get to verify the performance claims, since we were riding the scooters in a closed area, but I felt the acceleration was pretty good. It also pulls quite hard even after 60 – 70km/h – something that’s not the case with its rivals. In Normal and Sports mode, the power delivery is relatively toned down for better range, of course. Realistically, the S1 Pro should have a range of 150km, and that’s what it showed on the instrument cluster with a full charge too. In Sports mode, it dropped to 124 km (indicated), and in Hyper mode, it dipped below three digits to 94km. Again, we didn’t get to verify these claims, but we rode the scooter for a total of 17 – 18km, and the range didn’t drop much from what was indicated earlier – there was a difference of only about 5 – 7km. That said, before coming to a conclusion, we would like to test the scooter in the real world without any time constraints.

The S1 and S1 Pro are equipped with a single fork at the front and a mono-shock at the rear. The ride feels a bit jittery on bad and bumpy roads, like the one that we rode it on, especially the front end. As the speed picks up, the ride settles, but it’s never as plush as that of the Ather 450X. In turn, the S1 Pro has wieldy handling, and it’s nimble and agile to throw around corners. Its stopping force comes courtesy of disc brakes on both wheels –  the S1 Pro loses speed really fast. The brakes have a very sharp bite, which may catch you by surprise at times. There’s no ABS, but CBS is standard – sometimes you do lock wheels over loose surfaces, which can be a bit unnerving for new riders.

One thing that could be a deal-breaker is the cramped floorboard. Because the battery pack is stacked inside the floor, it's not flat and is quite high. This means you end up sitting with your knees pointing up, which may be tiring over long distances.

The party piece of the Ola S1 scooters is the technology that they pack. On offer here is a 7-inch TFT-touchscreen, which virtually includes every feature of the scooter. It runs on the company’s MOVE OS, and it’s powered by an octa-core processor with 3GB of RAM – which is better than some smartphones. In fact, it’s quite crisp and intuitive to use. 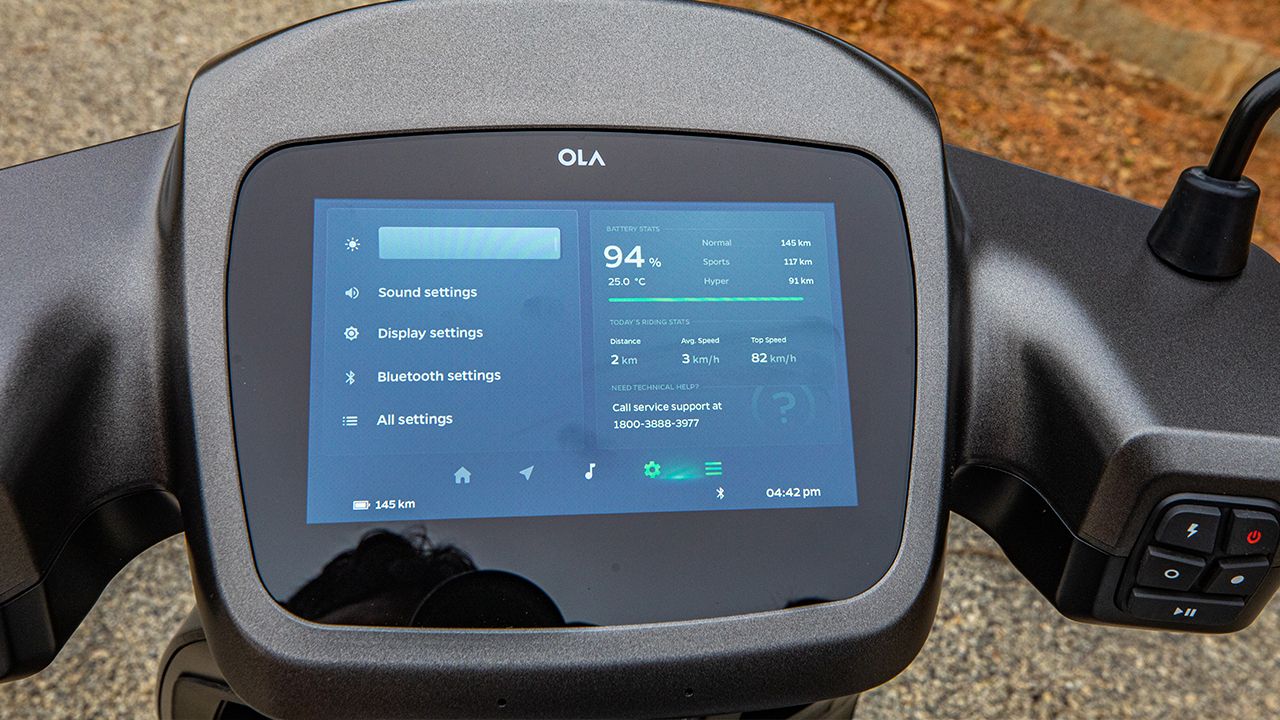 The tablet has 4G connectivity and is based on a network subscription model. There’s in-built MapMyIndia navigation, and you also have various menus and functions to fiddle with. The scooter can be locked/unlocked using a passcode, and it also comes with a proximity sensor.

Other features include full LED lighting, cruise control, a reverse mode, voice-assistant systems, in-built speakers (plays songs from your smartphone via Bluetooth; works as horn, etc.), and an electric boot lid – the under-seat storage can be accessed by a tap on the touchscreen. Speaking of storage, it’s quite big – with 36 litres of volume, you can put 2 open-face helmets in there quite easily. Overall, in terms of tech and features, the S1 Pro is probably the best-in-the-segment right now. And this is going to be one of its main USPs, we believe. 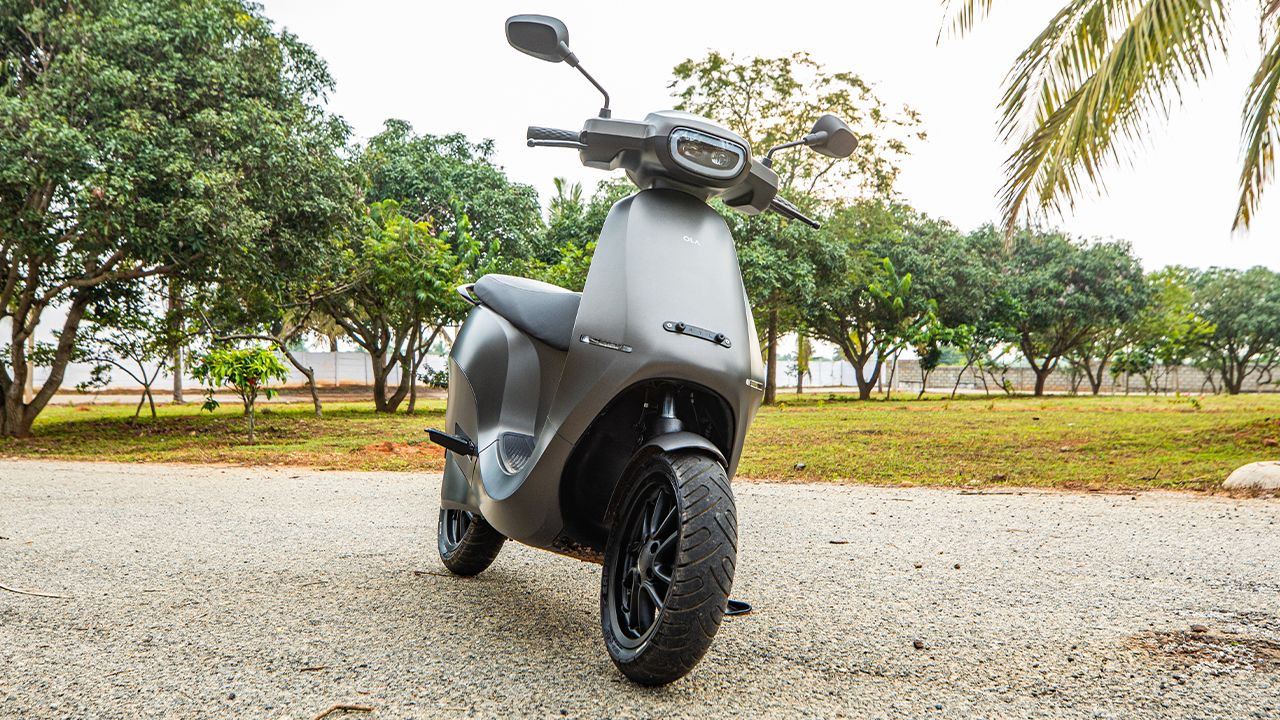 Our first impressions of the Ola S1 Pro are largely positive. It’s quite evident that Ola is trying to disrupt the two-wheeler market with its all-new offerings. The S1/S1 Pro looks stylish, has enough tech to keep you entertained, and packs serious performance and range. On top of that, they’re priced quite aggressively. The S1 costs Rs 1 lakh, whereas the S1 Pro retails for Rs 1.30 lakh – and these are before FAME-2 subsidies, meaning more savings depending on your location/state.

The only remaining question is the following one – how long will your Ola ride take to arrive? You see, there’s been a crazy number of bookings, and the customer interest is only increasing by the day. We hope Ola seizes this opportunity because the S1/S1 Pro are promising products.

And, yes, if you’ve already booked yours, well, it’s been worth the wait!

Ola S1 and S1 Pro sales to resume on November 1

Ola Electric Scooter: Everything you need to know about the S1 & S1 Pro 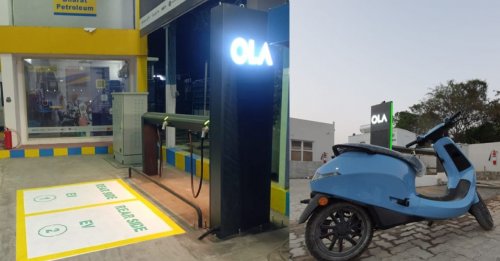 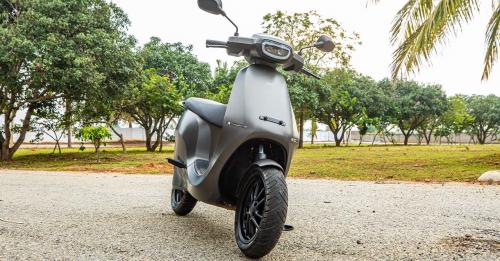 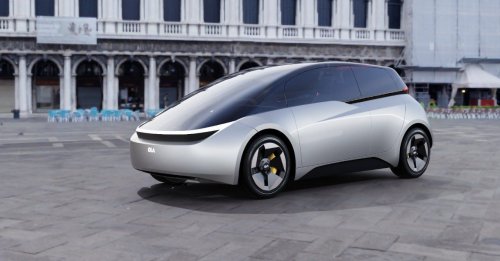 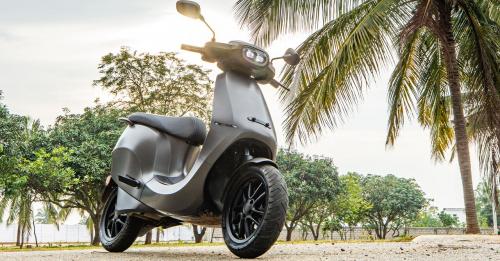 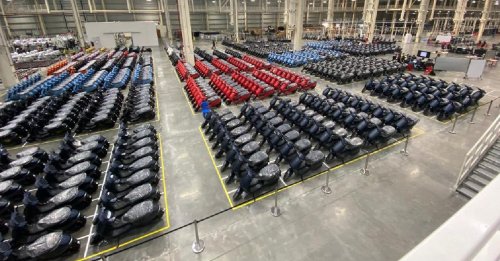