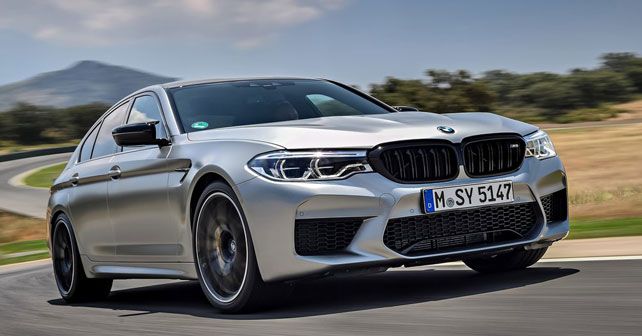 Yes, you read that right. 592 horsepower isn’t enough for some. So, the M5 Competition gets even MORE POWER!

Towards the end of last year, I had the pleasure of piloting the brand new BMW M5. Needless to say, 592 horses and 750Nm make for a very enticing package. We drove the car at the very technical Estoril racetrack in Portugal, and to say that it’s quite phenomenal from behind the wheel would be an understatement. Not only is it fast – of course – but it’s also more responsive and agile than any luxury sedan has any business being. And despite its four-wheel drive system, you can still produce long, lurid powerslides like the one that you see here. BMW – and the M-division in particular – certainly have a secret sauce that they’re able to dish out to make even big and heavy machines feel like sports cars.

But there are obviously those among you who yawn at the prospect of a 592 horsepower sedan that does 0 to 100km/h in under 3.5 seconds. You hard-to-please folks – whoever you are – have forced the BMW M engineers back to the drawing board. Well, this is what they’ve come up with – the M5 Performance. 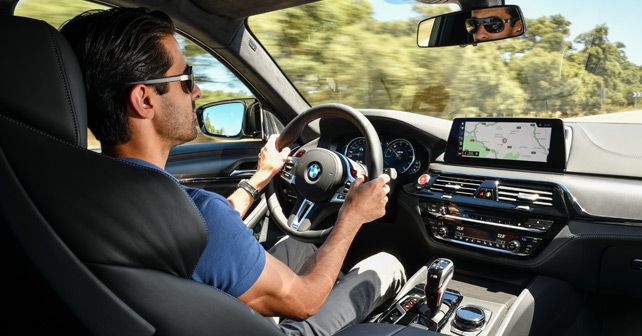 When 600 horses aren’t enough
The BMW M engineers have managed to squeeze an additional 24 horses out of their 4.4-litre hunk of twin-turbo V8 metal. All of which means that the M5 Performance is a tenth of a second faster to 100km/h (3.3 seconds now) and three tenths of a second faster to 200km/h (requiring just 10.8 seconds to hit the two hundred kilometre mark). All I can say is that I thought it was stupendously fast before, and it’s stupendously fast now.

It does have some nice touches though. I’m a big fan of the 20-inch forged alloys – they look as ‘stupendous’ as a car of this nature demands. Oh, and they’re three kilograms lighter too. Now, I’m not sure if you’ll actually notice any difference from behind the wheel, but it certainly gives you more bragging rights when sitting next to someone who drives just a ‘normal’ M5. The M5 Competition also sits 7mm lower and the suspension is 10% stiffer. Plus, it gets new engine mounts to make the front end more rigid and responsive. Now, without having both cars side-by-side, I’m afraid my bottom isn’t finely calibrated enough to feel any difference at all from behind the wheel between the M5 and the M5 Performance, but that’s not to say that the driving experience isn’t truly impressive. 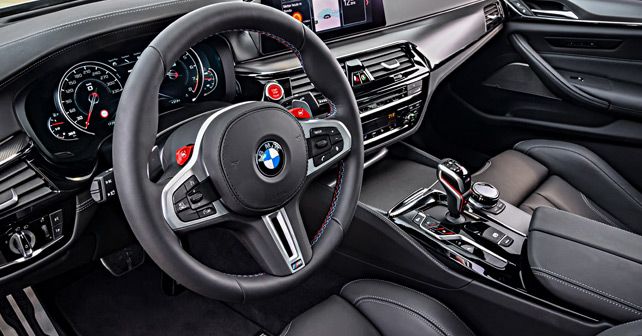 At the Ascari race track – race resort actually – in southern Spain, the M5 is absolutely brilliant. Again, a car as large and heavy as this simply has no business being quite so responsive and agile on a racetrack as tight and technical as this. And yet it is! What’s more, the chassis is so adjustable that it’s just so easy to drive at the limit. Of course, we kept it in four-wheel drive (you can disengage the four-wheel drive altogether if you wish), but it’s still plenty of fun and very exciting.

On the roads around the track – some of which were in pretty poor condition – the ride wasn’t overly firm or uncomfortable. Even in this spec, this is still very much a luxury sedan. And that’s the beauty of this machine. It’s just as happy being a luxury car and a grand tourer, as it is being a track tool. It’s this versatility that’s the most impressive really. The only thing I would recommend is turning off that stupid fake exhaust note that’s pumped into the cabin via the speakers. If they’re going to bother putting in a fake exhaust note, they may as well just add the soundtrack from a naturally aspirated V10 Formula 1 engine, instead of this annoying drone that doesn’t scream performance as much as gullibility. 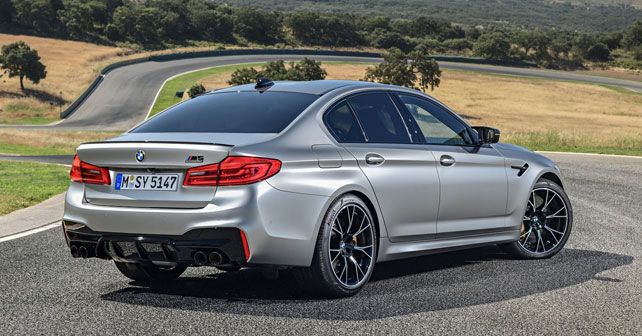 That apart, I can’t find a single thing to complain about. Well, apart from the fact that at the moment I have no idea if you can actually order one from your local BMW dealer. However, if you’re considering an M5 – and you should if you want a luxury sedan that can embarrass your neighbour’s Ferrari – you may as well order the M5 Performance. For the extra bragging rights of course, but also for those beautiful rims, the matte paint, and the high gloss black trim – which makes the M5 Performance truly a supercar killer that lurks in the shadows.

X-factor: Unparalleled versatility – a luxury car that can embarrass supercars.