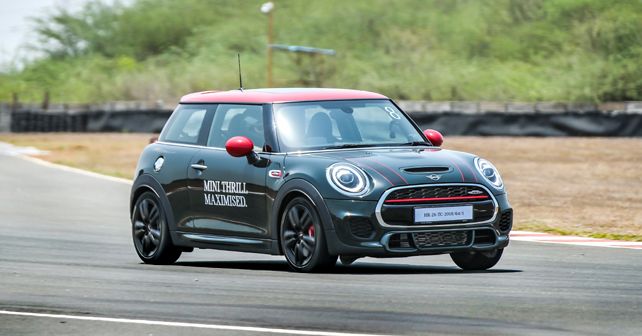 Small car, powerful engine, razor-sharp handling and a technically demanding race track – the perfect recipe for a day of enthusiastic driving! We take the Mini Cooper S John Cooper Works edition to the Chennai racetrack to see if it really does handle like a go-kart.

It’s a fact that we don’t have enough race tracks in our country, but the few – three, that is – that we do have are all very different from each other. The shortest, and perhaps the most technical of them all – Kari Speedway at Coimbatore – is a delight for go-karts and small cars with its highly technical layout.

The Buddh International Circuit in Greater Noida is a beast of a totally different dimension, with its Formula 1 approved layout, wide runoff areas and massive straights. In fact, when I discussed the BIC with Mini’s driving instructors, the consensus was clear – the BIC is no fun for anything south of 500bhp. It’s simply too big a track for cars with less power than half a tonne.

Now, I think it would be fair to say that the MMRT, outside Chennai, offers perhaps the best of both worlds. At 3.7 kilometres, it’s not massive, but it’s not small either. And with its fantastically technical layout – designed by the legendary Jackie Stewart – the MMRT is an absolutely thrilling track for just about anything. 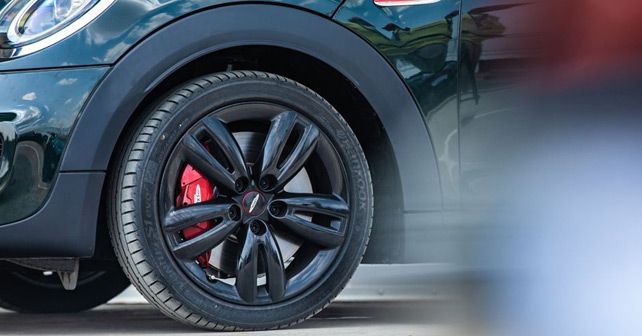 Fittingly, then, Mini India chose to launch the new top dog of the Cooper S range – the John Cooper Works edition (JCW for short) – at the MMRT track. Now, having driven the previous Cooper S at BIC (which I thought could do with some more power), naturally I was brimming with anticipation at trying the JCW at the Chennai track.

Turn up the power
Positioned the top of the Mini range, the JCW boasts many unique features, the first of which is a more powerful engine. Producing 228bhp and 320Nm of torque from its turbocharged 2.0-litre unit, the JCW is no slouch – it’s capable of a 0 to 100km/h run in just 6.1 seconds. The engine is paired with an 8-speed automatic transmission that works rather well and also offers manual shifts via the steering-mounted paddle shifters.

Now, while the JCW version doesn’t differ drastically from the Cooper S in terms of design, it does have millions of personalisation options, like any other Mini that is – which means that you can virtually craft the car to make your own personal style statement.

Our test car featured British Racing Green paint, embellished by red highlights on the roof, rear spoiler and wing mirrors. Of course, Mini would like you to boast that you’ve bought the top dog of its range, so the JCW also offers a bunch of customised John Cooper Works badges plastered on the various parts of the car – front grille, front fender, tailgate and even the steering.

Hitting the tarmac
Out on a track though, especially at the MMRT race track, the Mini in JCW trim is an absolute hoot. The first lap was a lead-and-follow format, wherein we followed the instructors. I took the opportunity to familiarise myself with the track layout.

When it was time to go out on my own, the JCW on the track was a completely different animal. On the new exemplary track surface of the MMRT race track, the JCW was just fantastic to drive for multiple reasons. First, despite the turbocharging, the phrase turbo lag doesn’t exist in the Mini lexicon. The engine responds perfectly to throttle inputs, and the gearshifts are fantastically fast. The 228bhp, of course, makes the car as quick as a scampering rabbit. The front wheels offer excellent traction, allowing you to enter a corner fast and exit even faster. 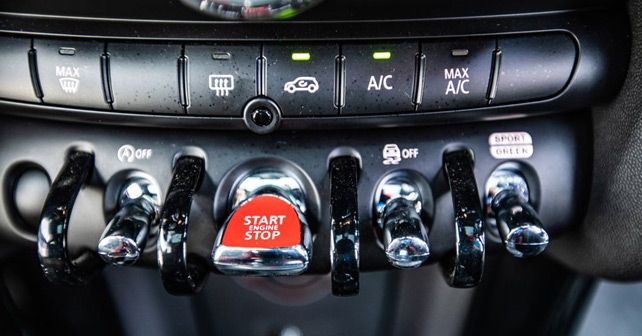 Second, the chassis of the Mini really shines at a track such as the MMRT. With its playful nature, the Mini gathers speed quickly, and, with its large brakes, loses it even quicker. In fact, in some of the not-so-tight corners, you don’t even need to use the brakes. Why? Well, easing off the throttle makes the rear end of the car come around a little, and the fast front end allows you to just point the car into a corner and power out thanks to the immense traction provided by the front wheels.

Such is the quality of the car, and the MMRT track, that despite driving the JCW around for hours, not even one of the cars in our test fleet had overheating issues – despite the Chennai heat.

The downside
The JCW is simply a brilliant drive on a track like the MMRT. It’s fast, agile, a delight to throw around and plasters a big smile on your face. And the quality of the interior… well, you simply love to spend time inside this car – the unique layout and design, and the fantastic sports seats truly make the car feel like a luxury product.

The JCW, however, does have its faults, and there are three of them that make it a difficult choice for most customers.

First, the ride quality of the JCW on our broken roads can really be torturous. You could, of course, always upgrade your JCW with adaptive suspension, but that’s an optional extra – something I’ll come to in a bit. Second, the pricing of the Mini is rather steep. At an ex-showroom price of `45.3 lakh, the JCW is eye-wateringly expensive. The fact that, irrespective of where you register it in India, it’ll end up costing you over `50 Lakh on-road doesn’t help its case either. And, finally, despite the steep price, the Mini offers basic features like Apple CarPlay as an optional extra, which I think is unacceptable in today’s world. 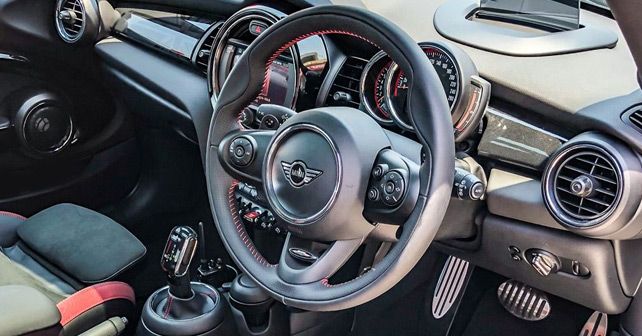 Pricing and equipment concern aside, the Mini, especially in JCW form, remains a phenomenally fun car to drive and exploit, both on track and on the road. In fact, given how the car behaved at the MMRT, despite journalists throwing them around for hours, this is, without a doubt, a track tool that you can drive to the track and then back home without any worry.

But the fact remains that, with its pricing, relative lack of standard equipment and frim ride, the JCW remains a tool suitable only for serious enthusiasts. But I have no issues with that, because, if I had the money, I would buy one in a heartbeat – and, of course, I would drive it at the MMRT every once in a while to satiate my need for speed.

X-Factor: If you’re looking for a seriously fast and characterful small hatch, nothing comes even close to the Mini Cooper S JCW. It won’t be easy on the spine or the wallet though. 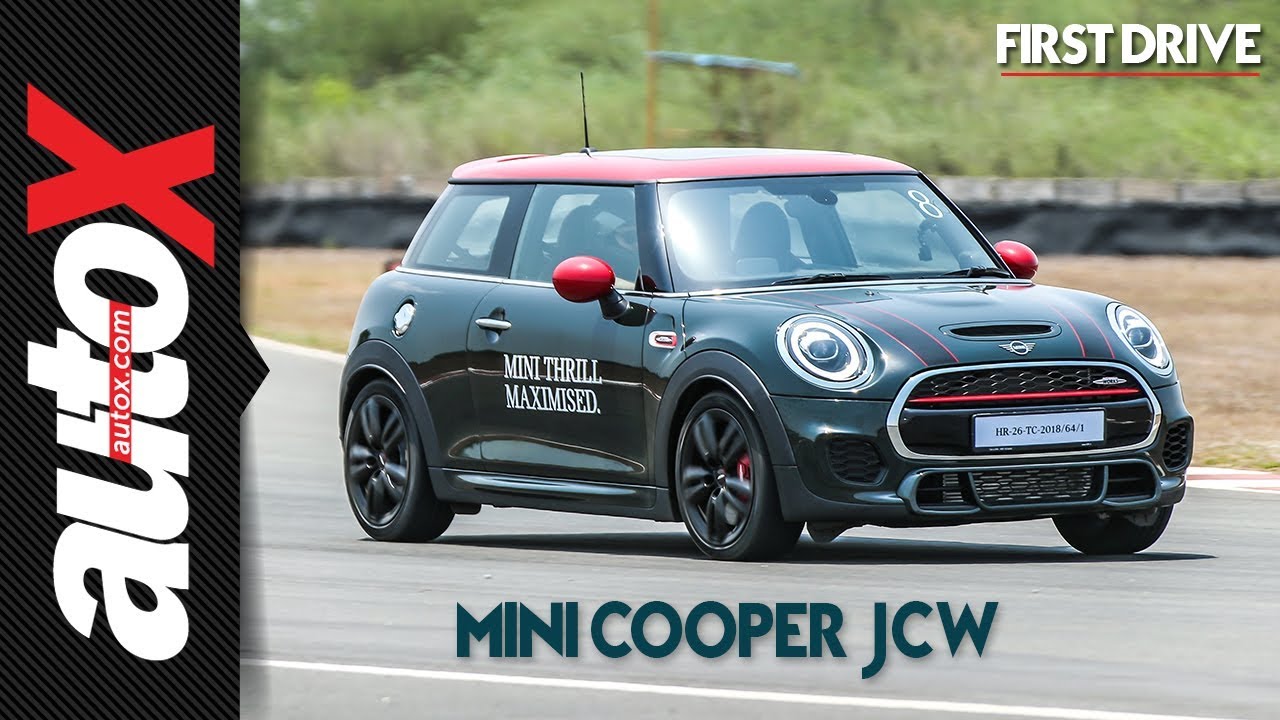 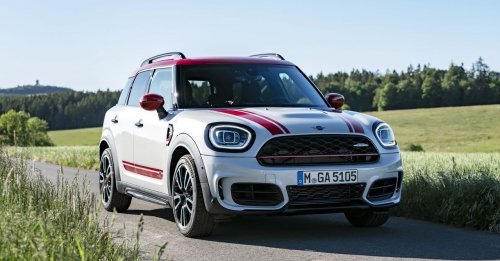