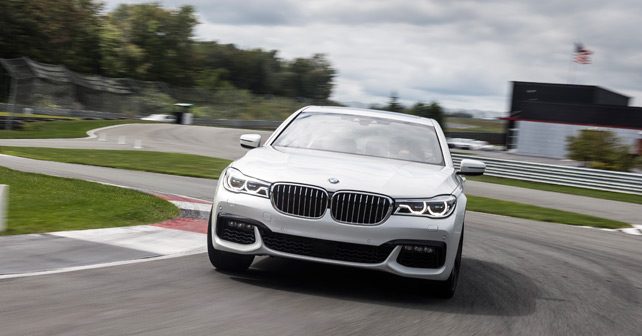 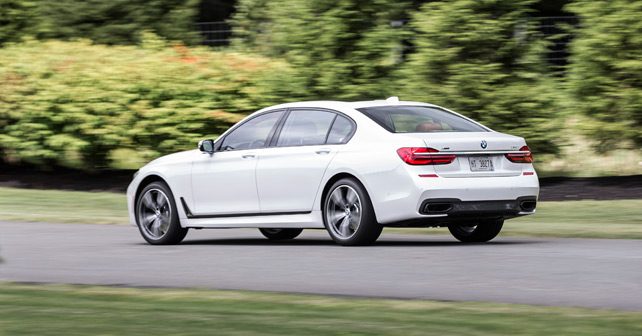 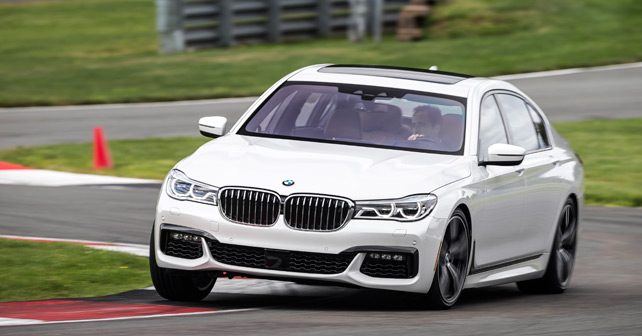 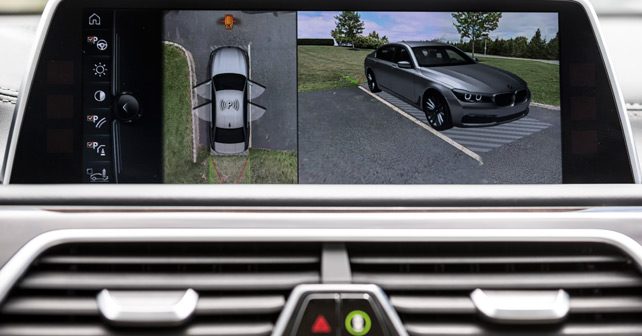 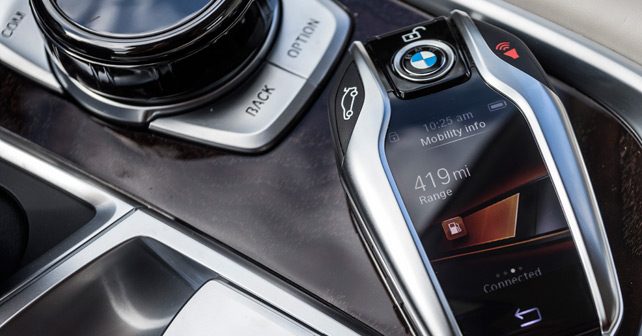 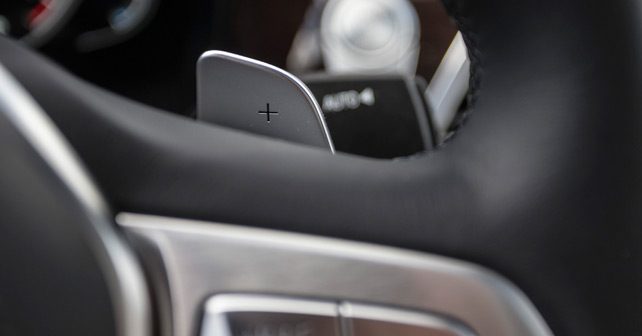 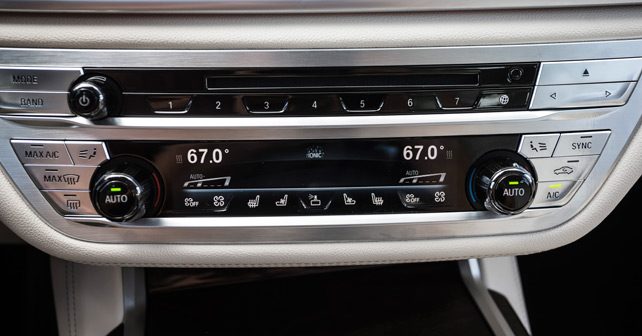 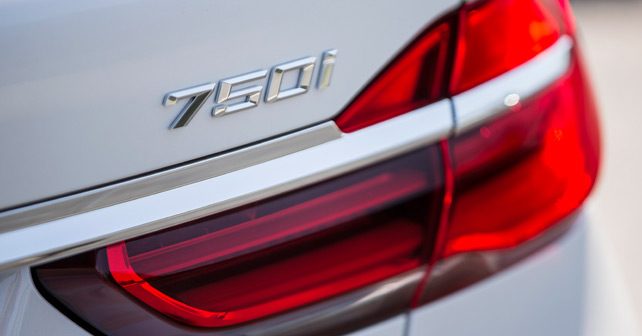 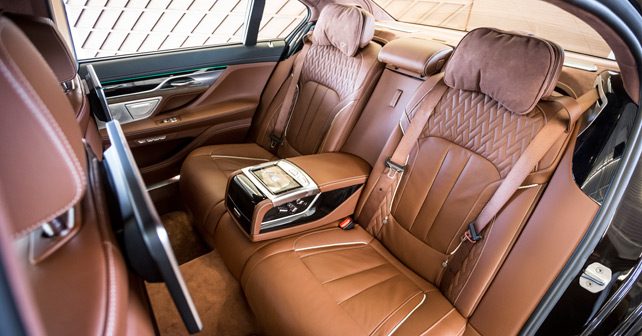 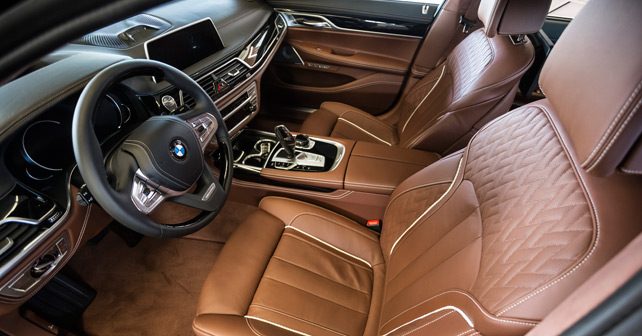 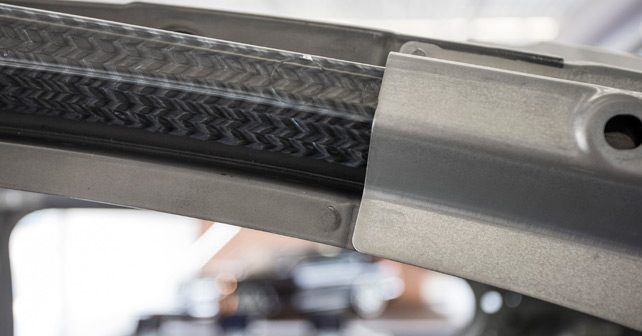 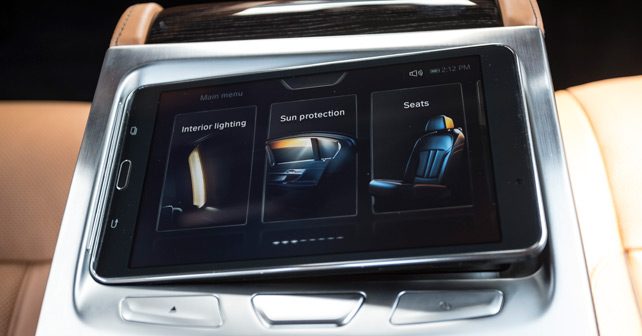 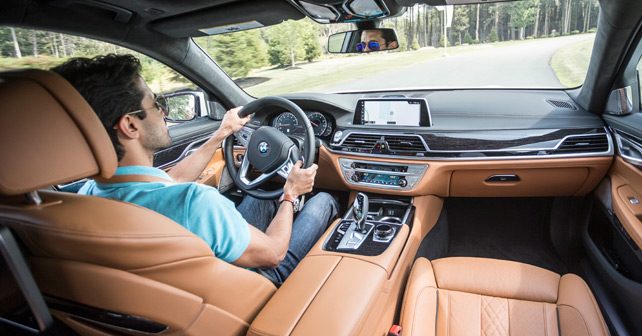 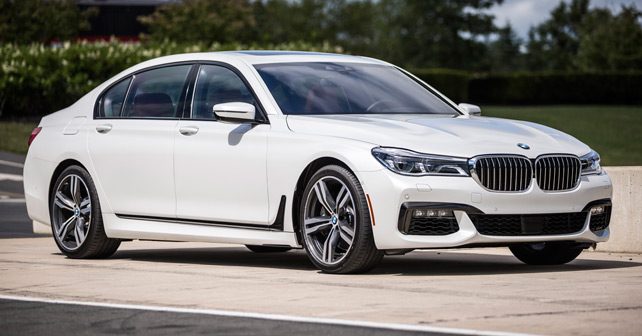 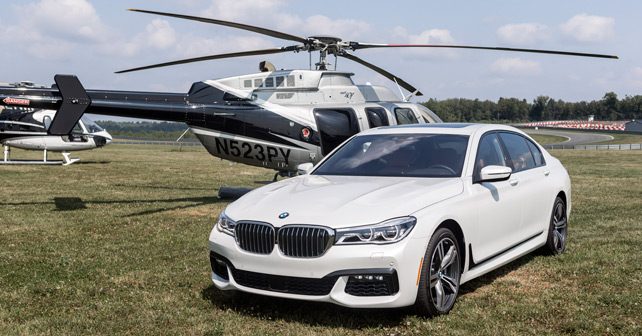 These flagship German luxury sedans have always spearheaded new and revolutionary technologies. So, does the brand new 7 Series live up to its heritage?

All the devices that we interact with on a daily basis appear to be getting smarter by the day – smart phones, smart TV’s, smart watches, etc. Well, in the case of the cars we drive, since the idiot behind the wheel has reached his or her evolutionary peak, it was time for the ‘car’ to finally become ‘smart!’

Enter the all-new BMW 7 Series. In this new Bavarian flagship, you don’t merely turn a knob or press a button – that’s so passé. No, in this, you twirl your finger in mid-air to adjust the volume, or swipe your hand to reject a phone call. The 7 has taken its cue from your favourite smart TV and become the first automobile to introduce gesture controls in the automotive space.

It’s quite simple really. There’s a camera in the headliner that maps the heat signature of your hand to keep a lookout for up to five gestures – twirl your index finger clockwise to increase the volume, counter-clockwise to reduce the volume, point and retract an index finger to take a call, swipe to reject the call, and, finally, the two-finger point – which can be configured to perform one of many functions, such as selecting the next track or radio station. And, of course, showing the car the middle finger ejects the front seat passenger. Okay, I made that one up but I highly recommend that BMW considers it while developing the second generation of gesture control.

Now, you may scoff at tech such as this as being unnecessary and irrelevant. But, if history has proven anything it’s that these flagship German machines herald new technologies that eventually make their way onto more mainstream machines – this is true for everything like ABS, airbags, traction control, and, specific to BMW, iDrive.

There’s more to the new 7 than just gesture control though – that’s just the most visible party trick! On the outside, the 7 looks more evolutionary than revolutionary. The front is bolder – the nostrils are bigger and the lights extend all the way to the grille, as appears to be the norm with all new BMW’s nowadays. The rear is a lot sleeker than before. The overall proportions, in fact, seem tighter and the car appears more squat and purposeful than before.

The revolution, in fact, takes place under the skin. BMW has incorporated all the learnings from it’s i program, which has given them a lot of expertise in carbon fibre body construction. The new 7, therefore, has a fair amount of carbon fibre under the skin. In fact, there’s an intricate interplay of steel, aluminium, and carbon fibre that takes place throughout the body. This has enabled the engineers to reduce not only the weight of the body in white by 40 kilos, but also reduce the centre of gravity by using carbon fibre as a structural member in areas such as the roof. The total weight reduction is quite substantial – to the tune of 130 kilos – and they’ve done that by examining every single component in the car with a fine toothcomb. They’ve lightened everything from the brake rotors and calipers to the insulation used in the firewall.

Of course, the benefit of reduced weight not only works to improve fuel economy but also performance and handling. This is especially true of unsprung weight, such as brakes and suspension components. And this is where BMW has worked its magic. We drove the car in upstate New York – on the public roads of course, but also on a private racetrack known as the Monticello Motor Club. Monticello is a great place. It’s like a private country club, but instead of a golf course as their centrepiece there’s a 6.5 kilometre racetrack. That being said, it’s a strange place to organize the drive of what is still a two-tonne flagship luxury sedan.

But it’s on the track that the 7 reveals its real party trick. You see, it feels eerily like a sports car and luxury sedan rolled into one. Now, the previous generation 7 Series was the best driving luxury barge out there already for whatever it’s worth. But this one has truly upped the game. You see, while the previous gen 7 was fast, and it handled, it still felt like a big, heavy machine. This just doesn’t. We only got the chance to sample the xDrive 750i, which has sensational performance – it accelerates from 0 to 100km/h in an M3 rivalling 4.4 seconds. But what surprised me wasn’t the speed, it was the way the 750i stopped and steered. A lot of big, heavy cars have a lot of grip and power engineered into them, but their weight is exposed the first time you get hard on the brakes – that’s when the bitter truth is revealed by the laws of physics. But that just doesn’t happen with the new 7 Series. It simply tiptoes from corner-to-corner with the utmost precision and accuracy. It darts into tight bends, doesn’t roll or understeer – it just feels light, sharp and precise. Quite how the BMW engineers have been able to achieve this is a mystery.

But the best part is that this sports car rivalling performance hasn’t come at the expense of comfort. In fact, the levels of comfort are unprecedented. While the previous generation BMW flagship would, at times, crash through bumps and betray its driver focussed nature, this new generation machine plays the dual role of drivers’ car and luxury barge to absolute perfection. In the cabin as well, levels of luxury seem to have been taken to the next level. The rear seat executive seating package, especially, makes the 7 feel like your very own private jet on wheels. Rear seat passengers also get a detachable Samsung tab that sits in the centre armrest that lets you control everything from seat functions, massage options, climate, entertainment, and interior lighting, to anything else you can think of with the exception perhaps of getting a manicure and pedicure en route to your high-power lunch. The only criticism I can think of is that, while the main iDrive screen is now also touch operated, the two rear seat entertainment screens aren’t. Plus, it feels like some of the revisions in the cabin appear to imitate the S-Class – like the soft, feather filled rear seat headrests or the silver finished controls in the centre console. In fairness though, the S-Class and 7 Series have always kept a close eye on each other – and if imitation is the best form of flattery, then both have been equally impressed with one another over the years.

Certainly the S-Class upped its game and moved the segment forward. But the 7 is a fitting reply, and – as is typically the case – moves the game even further! Take just the key for instance. It’s like your very own mini Starship Enterprise. Not only does it look the part, but it also gives you vehicle status, and a host of very useful information. Of course, it also allows you to prepare the cabin for your arrival, but the real party trick here is the remote parking feature – which allows you to get out of the car and let the car completely park itself. Now, this feature isn’t offered in the US due to regulatory reasons and won’t be offered in India either but it certainly heralds the advent of autonomous technology in production cars. The adaptive cruise control, as well, will allow you to follow the car in front – even around bends – without requiring any input whatsoever from the driver.

So, the new 7 Series certainly lives up to its reputation of providing cutting edge and sometimes-disruptive technology. It’s your private jet, Starship Enterprise, sports car, and luxury barge all rolled into one. Now, all we have to do is wait to see how quickly all this technology takes to filter down to the ordinary cars that you and I drive everyday. The new 7, meanwhile, will be launched at the Auto Expo in February next year. Well, it’s certainly worth waiting for...