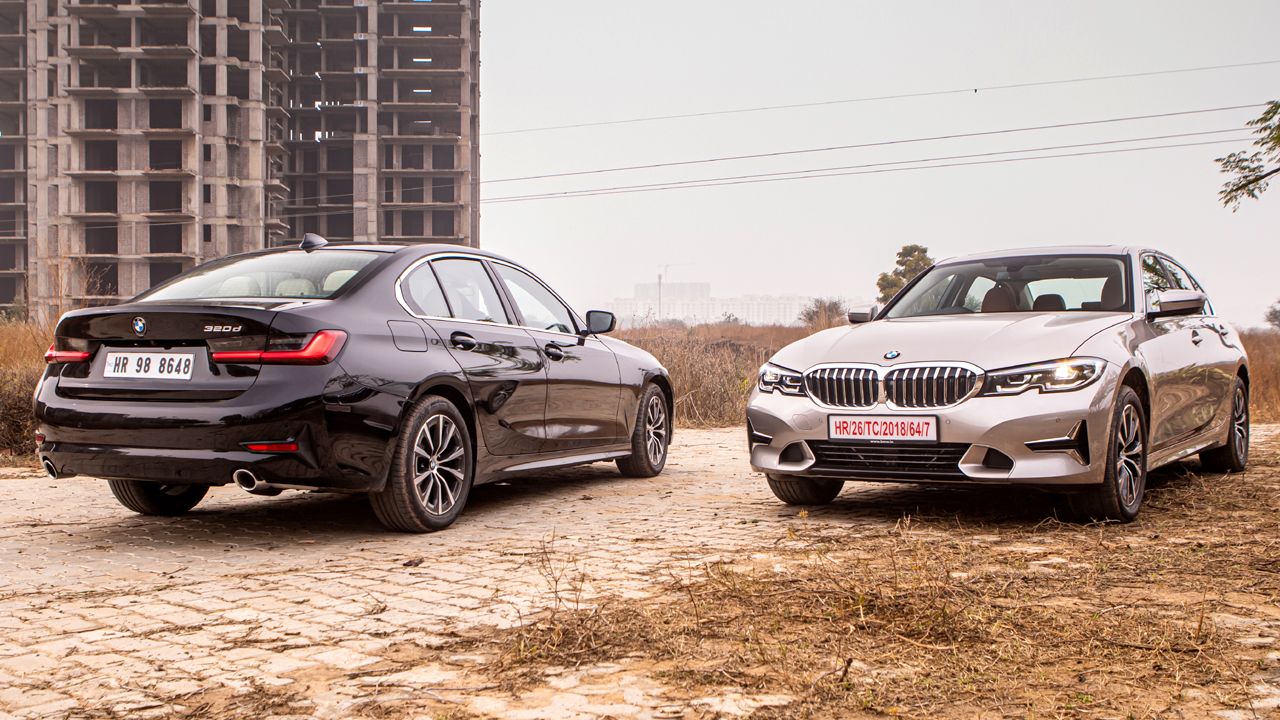 43mm – that's the precise size of the fuss surrounding the new BMW 3 Series Gran Limousine. Should you really care, or are you better off with the regular 3 Series?

The Gran Limousine – that’s what BMW has christened the long-wheelbase version of the 3 Series sedan in India. Now, with only 43mm of extra knee room over the regular version, calling it Gran Limousine seems like a bit of a stretch. The question, however, is – should you really care about it or is it just a marketing gimmick to trick luxury car buyers into thinking that they’re getting more space for relatively less money?

Well, to find out the answer, we pitted the long-legged 3 Series against the regular version. 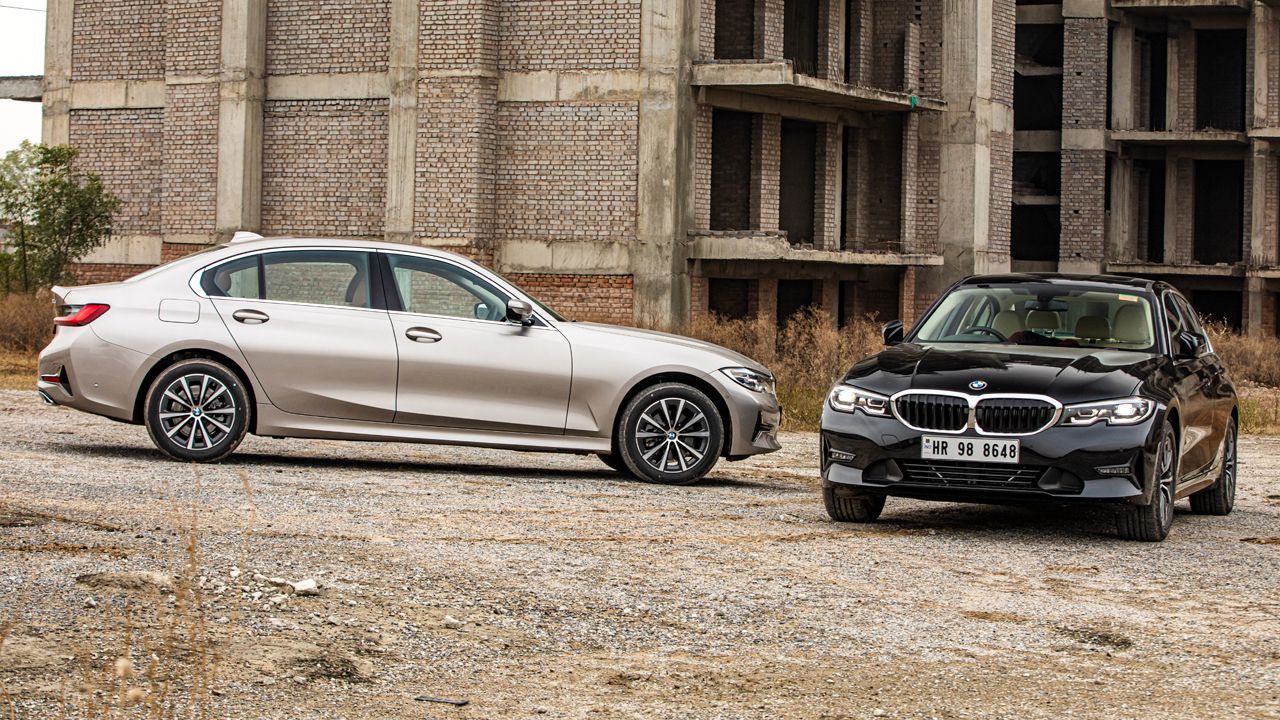 Take a facile look, and you won’t be able to tell the difference between the 3 Series Gran Limousine and the standard model. Sure, the wheelbase is longer by 110mm and so are the rear doors, but it’s really hard to differentiate it from the regular 3. The rose gold paint finish of the test car that you see on these pages looks fantastic though. And, of course, you also get an ‘L’ badge at the back of all variants – 320Ld on the car you see here –  which refers to the fact that it’s a longer vehicle. 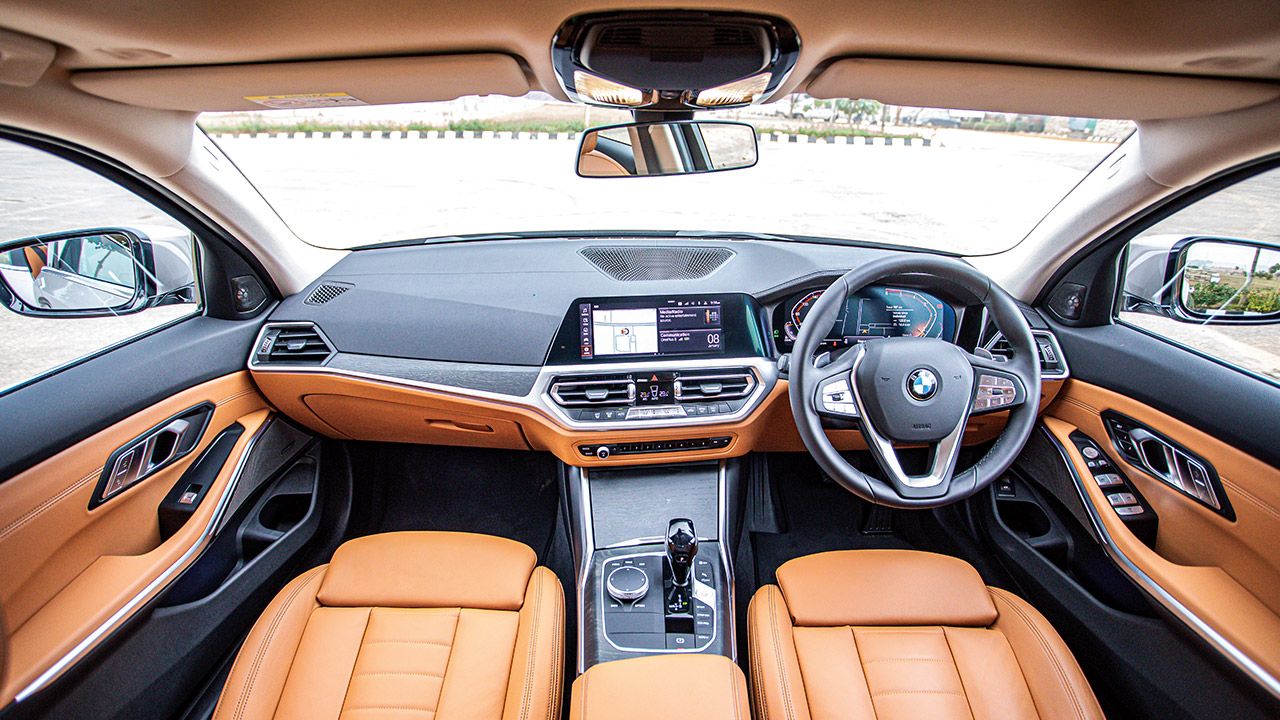 The interior of the car, however, tells a different story, for the changes here are more noticeable. First and foremost, the 3 Series Gran Limousine comes with nice a walnut-brown-and-black upholstery, which not only looks very classy but also gives the cabin a more opulent and airier feel. In terms of equipment, almost everything has been borrowed from the regular 3 Series, which means that you get the same 10.25-inch iDrive touchscreen infotainment system and 12.3-inch digital instrument cluster of the regular version. However, compared to the standard 3 Series, the long-wheelbase version does have more features. For instance, it now packs wireless Android Auto – Apple CarPlay was already available – a Harman Kardon sound system, a panoramic sunroof, and a powered tailgate.

BMW’s iDrive system is one of the best, if not the best in the business, and quite intuitive too. The touchscreen works flawlessly, however, for some reason, I couldn’t get Android Auto to run through my phone. I tried it with another Android device, but it just didn’t connect. Apple CarPlay, however, connected instantly.

Like the regular 3, all the controls in the long-wheelbase version are driver-focused. The seating position is quite sporty – you can set the driver’s seat really low. The front seats offer good side support and come with adjustable thigh-support as well – something that is not offered in the regular 320d. Long story short, the Gran Limousine feels exactly the same from the driver’s seat, which is a good thing. 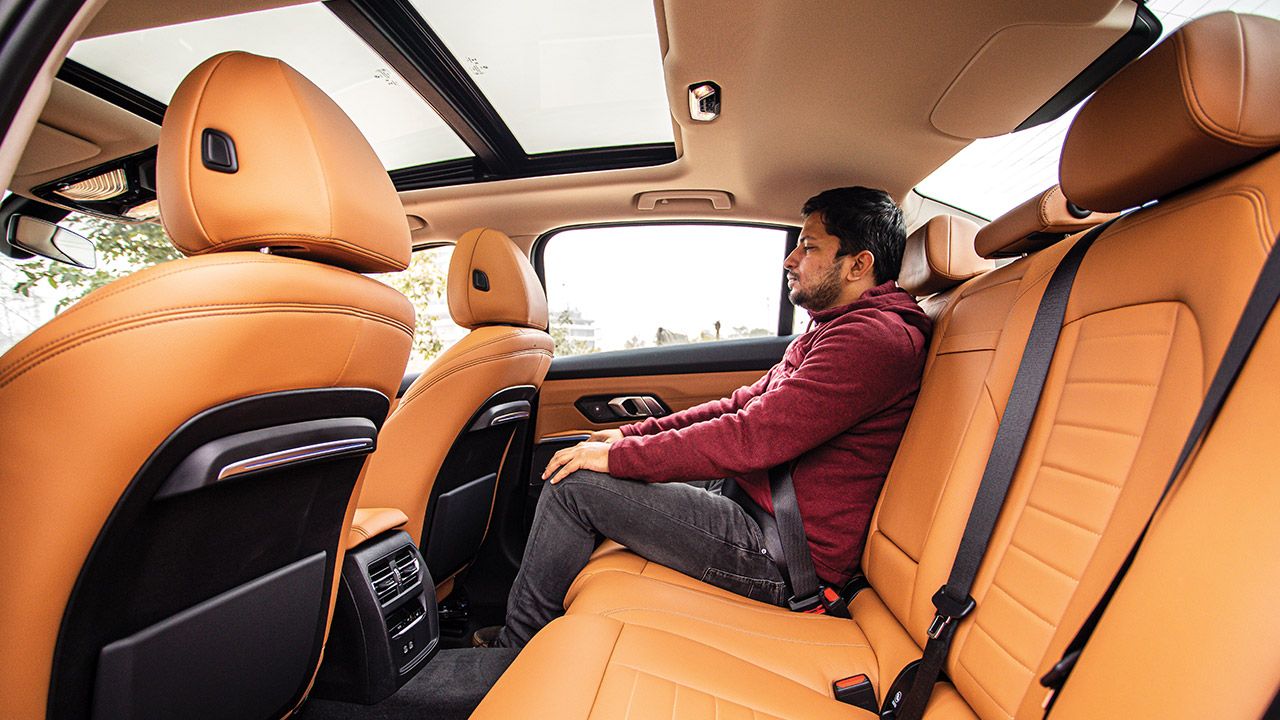 As soon as you hop into the rear seat, you instantly become aware of the extra space on offer. 43mm may not sound like much, but the Gran Limousine is considerably more spacious at the back. Thanks to its long doors, getting in and out of the cabin is easier too.

According to BMW, the rear seats get extra padding, which is quite evident – the seats are plusher and have better thigh support. Because of the increased legroom, you don’t sit upright as you do in the regular version. Here, it’s more comfortable, and you can stretch your legs a bit more. The headroom is also slightly more than that of the regular version. Also, the rear bench has more premium elements – for instance, the cup-holders are of better quality. The back of the front seats is nicely scooped with soft-touch plastic, making it feel more premium. 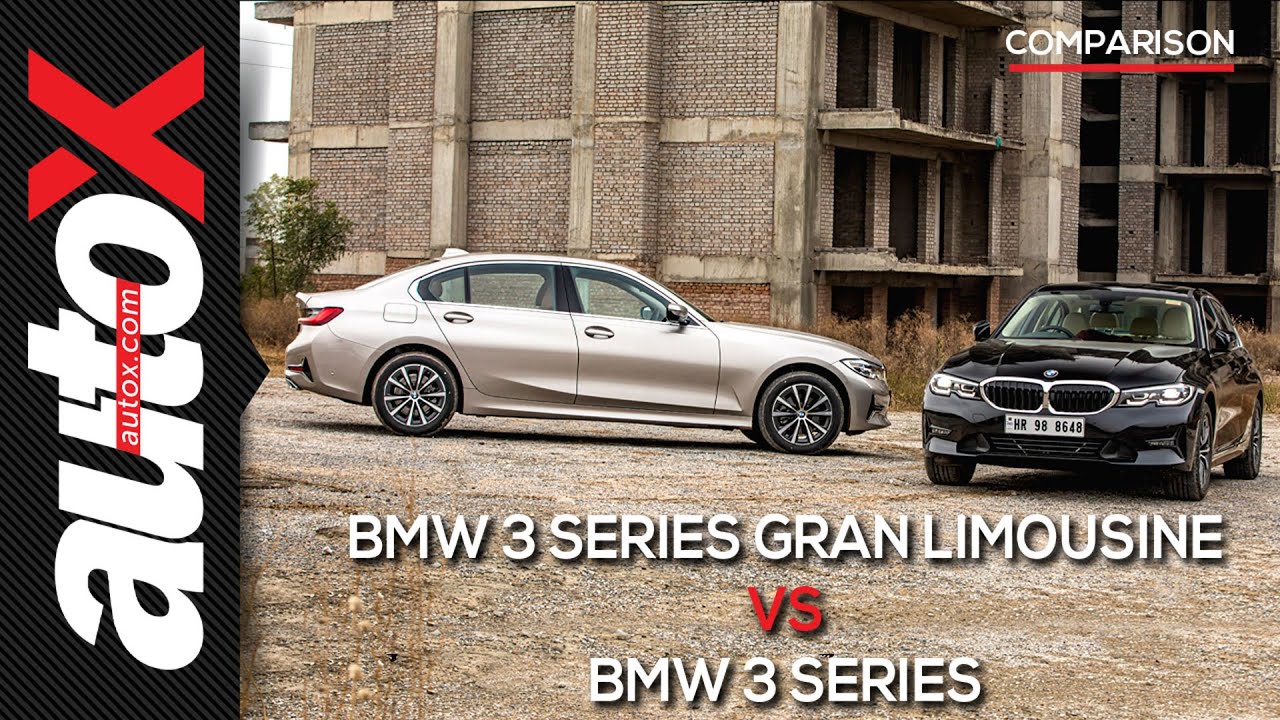 Overall, I was really impressed by the extra space on offer. I wasn’t expecting it to be this good. The regular 3 Series already offers decent rear-seat space, but the GL is better in every way.

BMW will offer the same 2.0-litre turbo petrol and diesel engines with the Gran Limousine. The diesel version, or the 320Ld, is powered by a 2.0-litre four-cylinder unit, which develops 188bhp and 400Nm of torque. The petrol version is available in 330i spec, featuring a 2.0-litre turbo petrol unit, which churns out 254bhp and 400Nm. Both are paired to an 8-speed automatic gearbox, which sends the drive to rear wheels. For this test, we had the diesel version of both vehicles. 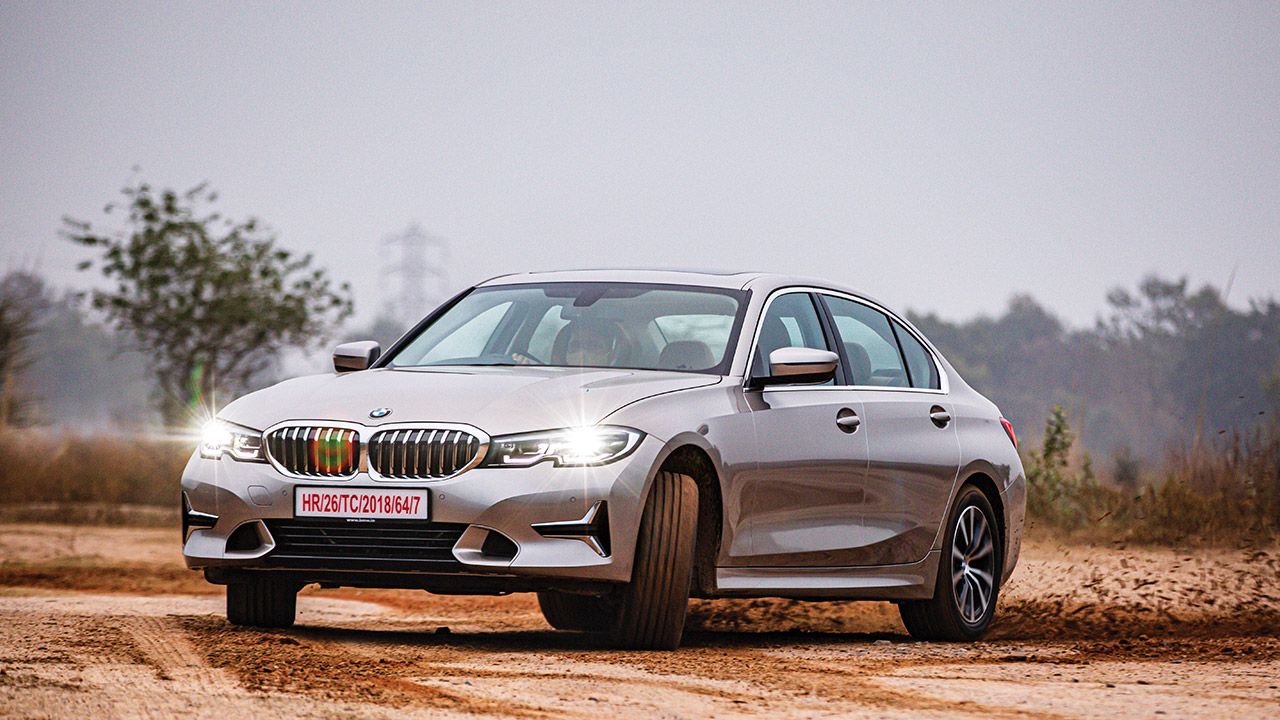 In terms of engine performance, both the regular and long-wheelbase derivatives behave exactly in the same manner, as expected. The power delivery is linear and buttery smooth, and despite featuring a diesel engine, these cars don’t feel slow or underpowered. There is no dearth of torque, and the motor revs quite freely. You do, however, notice some lag during part-throttle inputs, but in Sport mode, the throttle response is markedly sharper. After 4,000rpm, the engine sounds gruff, but overall, it’s a punchy powertrain in all sorts of driving conditions.

More than the engine, it’s the gearbox that impresses you. This 8-speeder from ZF is a masterpiece. It’s almost telepathic – it seems as if it can read your mind. You always find yourself in the right gear at the right time, especially in the Sport mode. And with lightning-quick responses, the paddle-shifters further add to the whole driving experience. 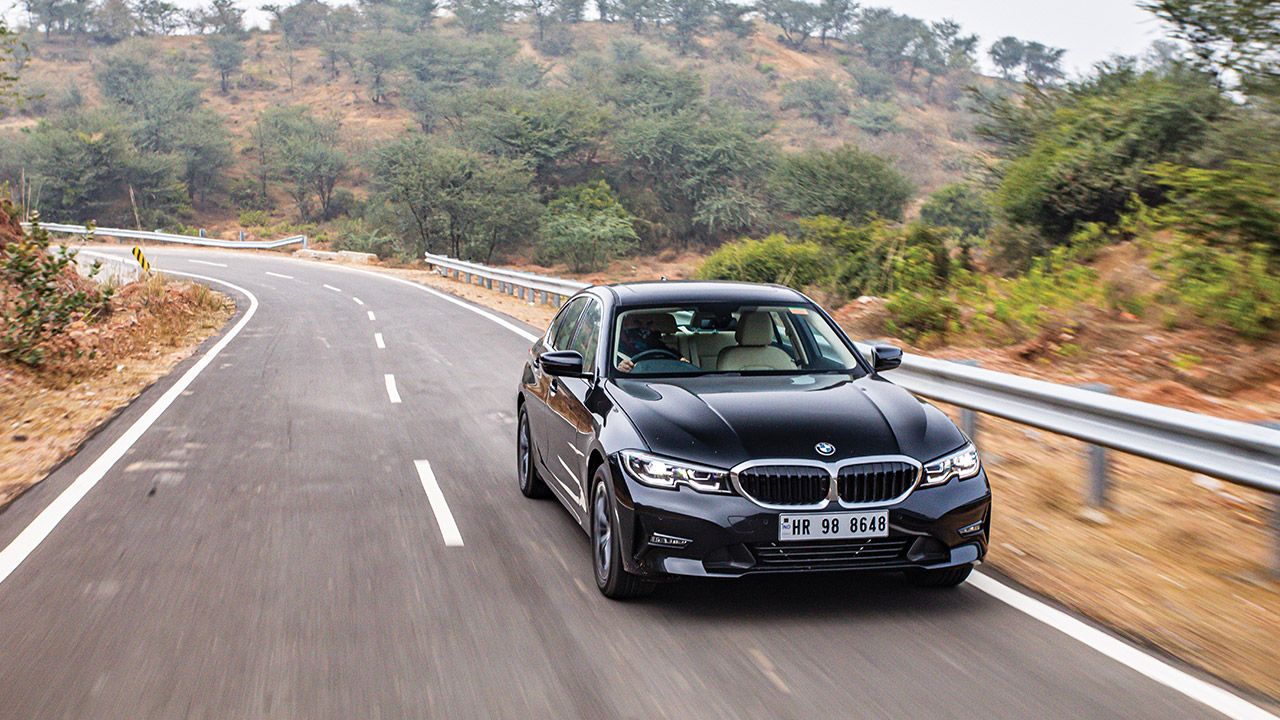 Having said that, if you enjoy the experience of driving a vehicle, the 330i is the one to go for – it’s available in both regular and long-wheelbase version. In 330i-spec, the engine offers an even better and more engaging experience. Not to mention, it’s much quicker.

The great thing about the long-wheelbase version of the 3 Series is that it wasn’t an afterthought. In fact, it was developed alongside the regular seventh-gen 3 Series. Originally, it was only meant for China, but given the kind of ego boost it offers to entry-level luxury sedan buyers, it was only obvious to bring the Gran Limousine to India. It’s also worth reminding that India is the first right-hand-drive market in the world to have received the long-wheelbase 3 Series.

With the previous-gen F30, BMW had kind of lost its way, but with the G20, they have gone right back to their ‘Sheer Driving Pleasure’ roots. The current-gen 3 Series is a proper sports sedan. 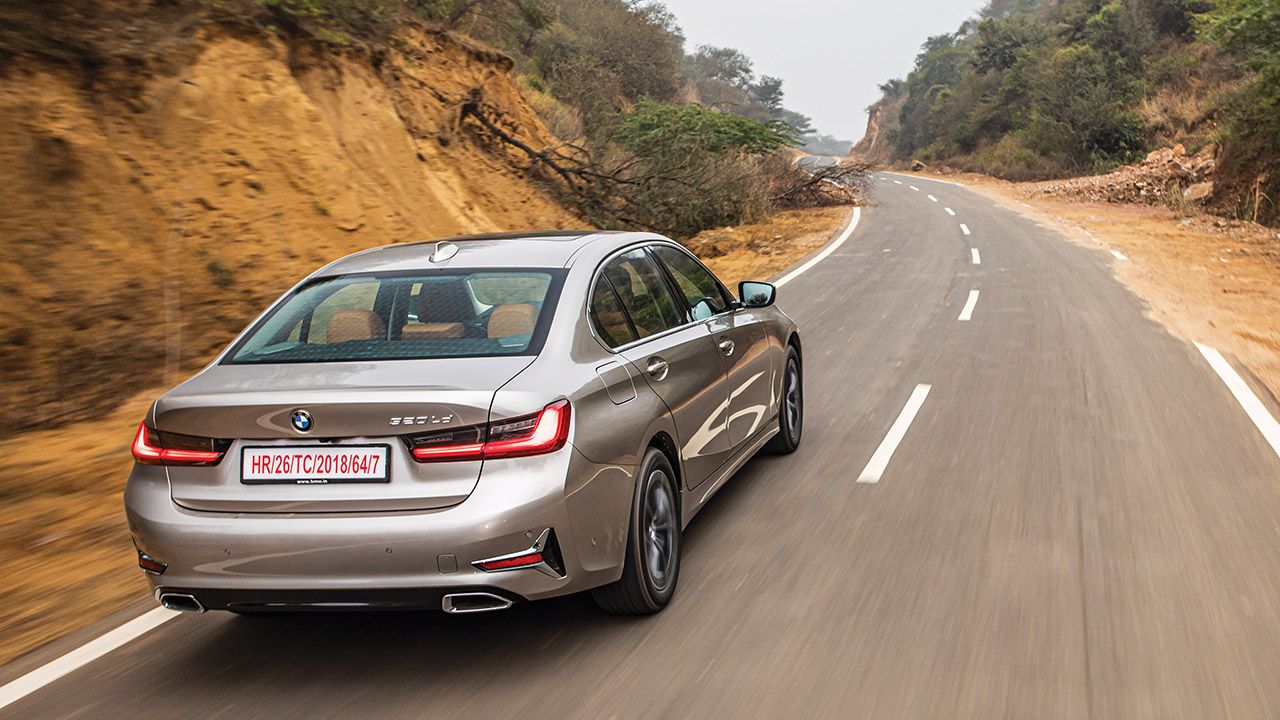 You might think that the GL has compromised that playful nature of the standard 3, but you’d be wrong, for that is surprisingly not the case. You see, the 3 GL maintains the 50:50 weight distribution of the regular 3 Series, with the same chassis stiffness. As a result, it’s as much a sports sedan as the standard car and feels just as engaging from behind the wheel, regardless of its extended wheelbase. The steering feels a little dead at the centre, but it’s sharp and direct, just like the regular version.

The front-end is sharp and the car is stupendously stable around corners. Remember, I’m talking about the regular 320Ld here and not the 330i M Sport variant, which comes with fatter tyres, stiffer suspension, and bigger wheels. And even then it’s so involving to drive.

Just like the regular 3 Series, the joy of driving here doesn’t come at the cost of comfort. The ride quality is brilliant. In fact, it feels a bit better and softer than the standard car – but not too much to make it sloppy. At really low speeds though, you can feel jolts as you go over big speed humps. But overall, the ride is pliant and well-damped – the GL can do luxury car duties equally well. 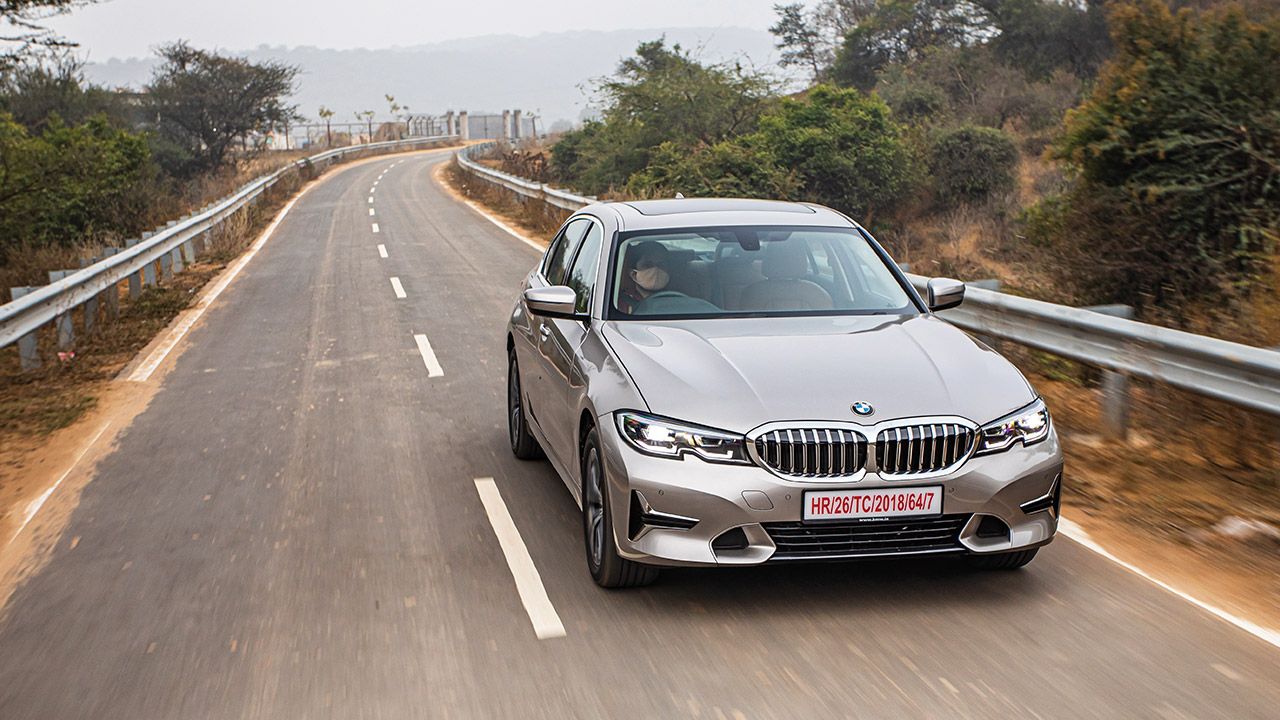 The Gran Limousine hits the sweet spot between the 3 and the 5 Series. This means that not only the 3 but also the 5 Series may bear the brunt of this. You see, despite a longer wheelbase, the 3 GL hasn’t lost the agility and playful nature of the 3 Series – it’s still a sports sedan at heart. On the other hand, the space at the back is nearly comparable to the 5 Series, which means that the 3 GL is an accomplished luxury sedan. And if you take your BMWs seriously – in other words, if you are one of those who never allow anyone else behind the wheel – there’s the sporty 330i M Sport variant on offer as well.

Now, all that is great, but my only concern is, why would anyone buy a 3 or 5 Series over the Gran Limousine? I know, I won’t!

X-factor: As sporty to drive as a 3 Series with nearly as much rear space as a 5 Series. What’s not to like?

X-factor: If the rear seat isn’t your top priority, the regular 3 Series is still your best bet – plus, it’s also more affordable.