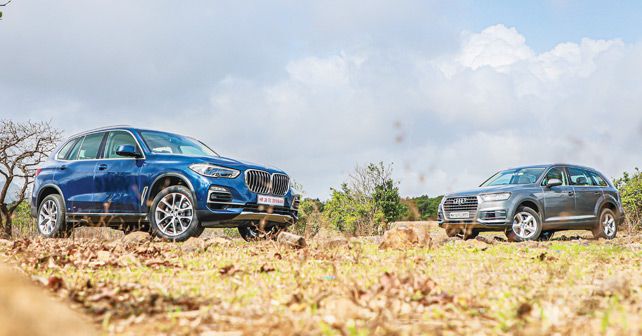 With new technology and better engineering, the X5 wants to be the most complete SUV you can buy. But, is it though?

With the X5, BMW’s goal, it seems, is to make the most complete luxury SUV that you can buy. In fact, the German luxury carmaker doesn’t even want to call it an SUV. Since its creation, the X5 has been called an SAV, or Sport Activity Vehicle.

For now, let’s put the marketing jargon aside and stick to the facts, and the fact is that the X5 is a seriously good car. Nearly twenty years ago, the X5 brought sportiness and performance into the world of luxury SUVs, and since then every manufacturer has tried to replicate its driving dynamics.

Now, with the new fourth-generation model, BMW hopes to regain that title. But, before it can do that, it must take on the Audi Q7. 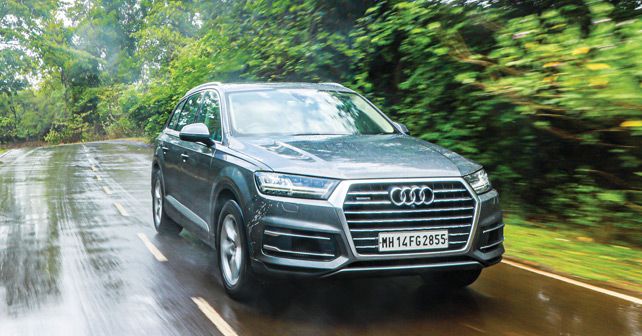 Why the Q7?
The Audi Q7 is arguably one of the best luxury SUVs on the market. However, it feels a little dated now. In fact, the face-lifted Q7 has already been revealed. But it’ll be at least another year before it hits our roads. The one that we have here is the second generation Q7.

Customers of luxury SUVs have very high expectations, regarding features, engineering and technology, and the Q7 comes stacked with plenty of modern technology and gadgetry. It gets LED lights, climate control, cruise control, electrically adjustable everything, air suspension, different driving modes and, of course, a great infotainment system with mind-blowing speakers. But what is it that makes the Q7 so good? 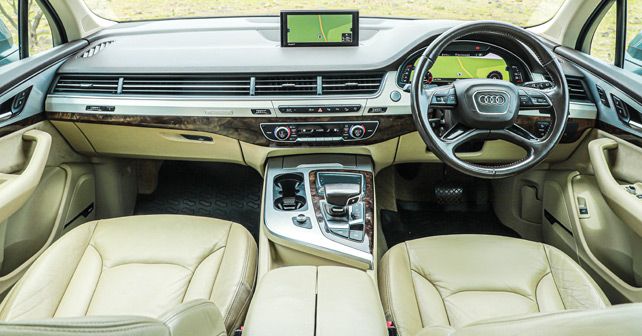 Well, for one, it’s got the quattro full-time all-wheel-drive system that really does wonders for the car. It also has tons of assistance systems and safety tech, such as Hill Hold assist, Audi Pre Sense, Airbags and ABS. And let’s not forget that fabulous Audi Drive Select, which gives you the freedom to choose how you want your car to drive. You can choose between Eco, Comfort, Dynamic and Individual modes. Once selected, the air suspension, engine and transmission, as well as the steering, work as per your needs. 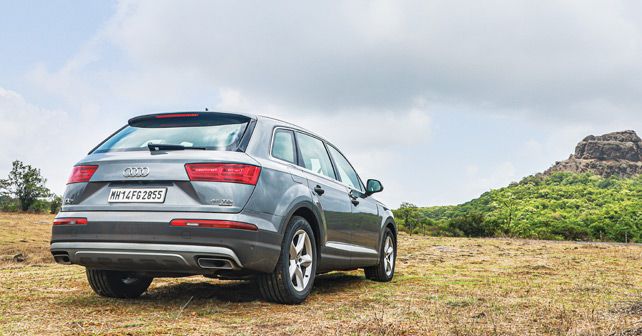 But the Audi Q7 really shines in terms of quality and refinement. The cabin is beautiful and sets a luxurious tone. The ride quality is impeccable, and you can’t help but notice the phenomenal refinement of the engine.  The 3.0-litre V6 turbo-diesel is a piece of remarkable engineering and also the primary reason why the Q7 is such a wonderful vehicle. Mated with an equally impressive 8-speed transmission, the Q7 is powerful and comfortable to drive on any road.

The X-Factor
Now, let’s see if the new X5 can top all that. Let’s start with something simple like the car key. One look at the X5’s key is enough to make you feel that the X5 has moved up a notch when it comes to technology. Similar to a smartphone, this smart key can control and monitor some important functions of the vehicle, even when you’re not inside the cabin. 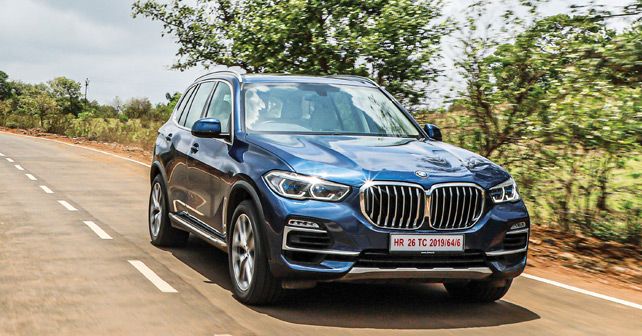 And once you step inside the X5, that sense of wonder refuses to subside – it’s got a whole bunch of goodies, with the most important one being the BMW Connected Drive system. This interface between man and machine has not been replicated in any other luxury SUV so far. It has gesture control, so you don’t even have to press any buttons for simple functions, such as adjusting the volume or switching tracks. Oh, and there’s also iDrive touch, with handwriting recognition and voice controls. The car also gets wireless charging for your phone, and USB ports are splattered all over the car.

The cabin of the car is marked by the presence of the new dazzling digital screens, and the nice wood veneer on the dash further adds to the overall look and feel. The gear knob is crystal, and so is the start/stop button and the volume control knob – but this does give you a sense that BMW is trying a bit too hard to jazz up the cabin. There are also more driver-assistance features in the new X5, such as the Parking Assistant, which allows you to view your surroundings with multiple cameras. It’s really wonderful for a big car like this. Other added safety features, include cornering brake control, run-flat tyres and an attentiveness assistant. 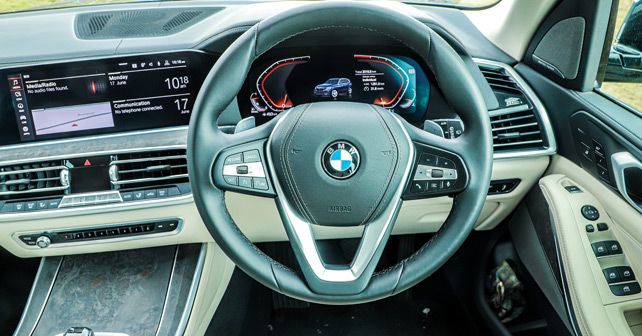 Equipped with all these new tech and safety features, the X5 has a clear edge over the Q7 in terms of providing that hi-tech feel. But, when it comes to driving dynamics, well… surprise, surprise, it’s got that covered to! The new X5 has improved significantly in terms of ride quality and engine refinement.

The diesel engine is a more refined version of the existing 3.0-litre in-line-six turbo-diesel, with power output that’s slightly more than that of the Q7. The X5 also gets an 8-speed auto transmission, which means that, at least on paper, it might look like the X5 and Q7 are similar but, in the real world, the X5 is much more enjoyable to drive.

With BMW xDrive, the Intelligent 4WD system offers variable torque distribution, as a result of which the X5 feels very planted on the road and handles much better as well. The steering feels more direct and responsive, and so does the throttle. Of course, it gets comfort mode for city driving, but irrespective of the driving mode, the X5 is much more responsive to your inputs than the Q7. For the first time, the X5 also gets air suspension – an adaptive 2-axle air suspension – which has dramatically improved the ride quality of the car.

The total package
Interestingly, both cars are equipped with drivetrains of similar outputs. But the similarity doesn’t end here – they also share an air suspension setup and all-wheel drive. The BMW, however, gets a few more features and looks more imposing on the road, and it’s also a better driving car. But that doesn’t make it a better luxury SUV. The key word here is luxury, and, in this department, the Q7 still reigns supreme.

The interior quality and the components used in the Q7 are simply sublime. Its cabin is also more spacious, especially in the rear, and more comfortable. Most luxury SUV customers in India prefer to be chauffeured around, and, in that respect, the Q7 is a better option than the X5. Both cars are also priced roughly the same. The larger BMW X7 – Munich’s new flagship SUV – is just around the corner for India, but it will be more expensive.

Don’t get me wrong, though, the BMW X5 is close to being perfect, and it is more capable on the road than the Q7, but, as a total package, the Q7 is still a great car to drive – it’s comfortable and it’s got plenty of great features and safety tech. Another thing to note is that the new Mercedes Benz GLE and GLS will be launched next year as well, so there’ll be a lot more to choose from in this segment in 2020. The Range Rover Sport is another option to consider, but, still, when it comes to meshing luxury with SUVs, Audi continues to lead the way. 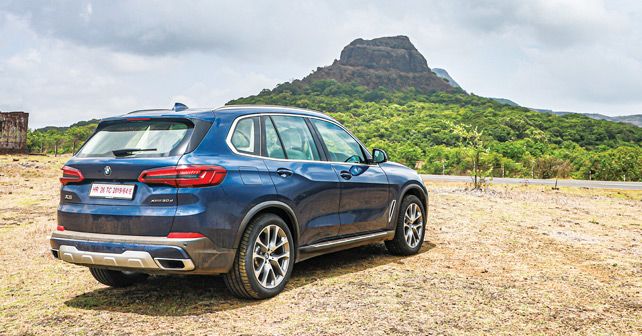 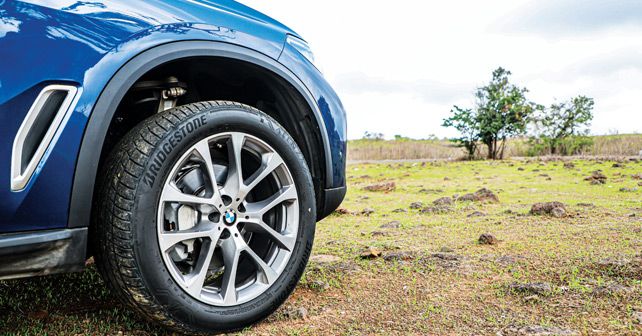 The BMW X5 is more responsive than the Q7 & is a driver’s delight. It feels supremely planted & handles beautifully. Like the Audi Q7, the new X5 is now equipped with air-suspension. 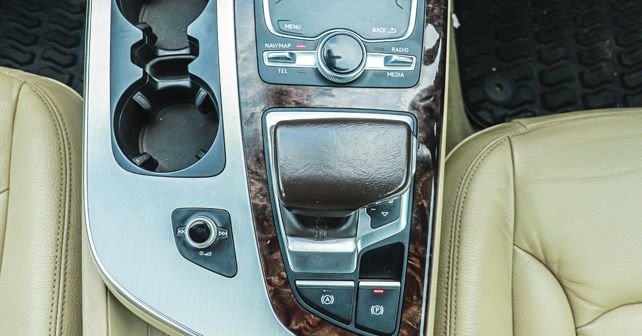 The quality of components used in the Q7 are simply sublime. Its cabin is also more spacious, especially in the rear, and more comfortable. If you want to be chauffeured around, the Q7 is a better option than the X5.

X-factor: The most comfortable, luxurious and reliable luxury SUV on the market. 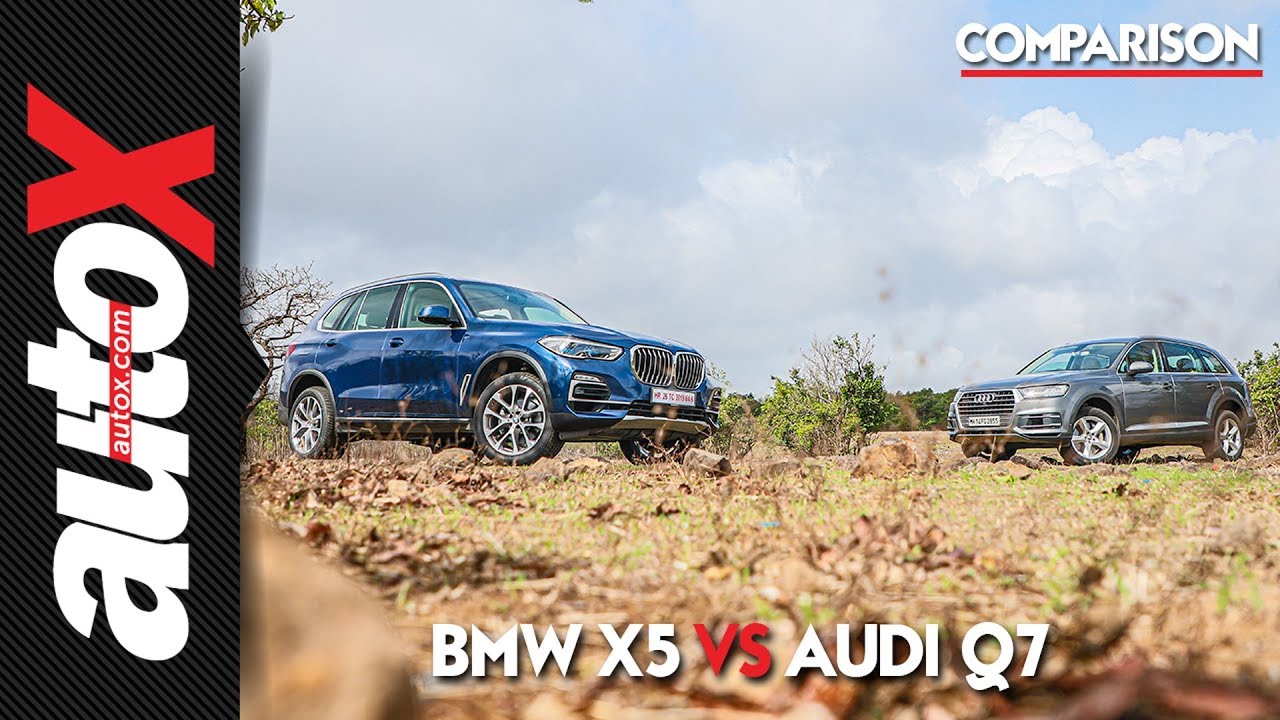