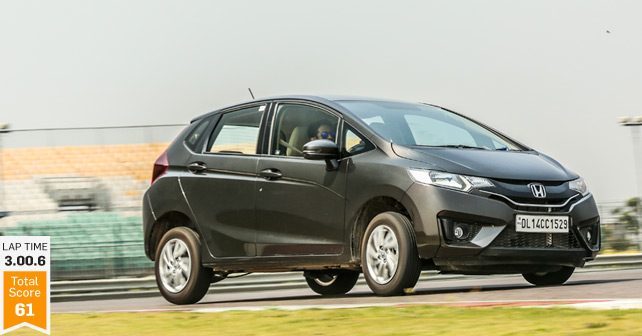 It was once regarded as a Jack of all trades – a benchmark for a premium hatchback. But, in time, the market matured, the competition stepped up their game, and, honestly, somewhere along the way, Honda missed a golden opportunity – it could well have been the market leader. Instead, it’s playing catch up. Still, it’s good to see that the Jazz is back, as it remains one of the most practical cars in its class. There’s simply no match when it comes to cabin space and flexible luggage space. Also, now that Honda finally has a diesel engine, the Jazz is truly in the running.

In a sense, Honda has been unlucky. The previous Jazz was truly an incredible machine but the timing was slightly off – not to mention the price, which was way off! By the time Honda corrected the price, the initial sheen was gone. And while the new Jazz retains much of what made the previous generation machine desirable it just doesn’t have that same individuality and character. 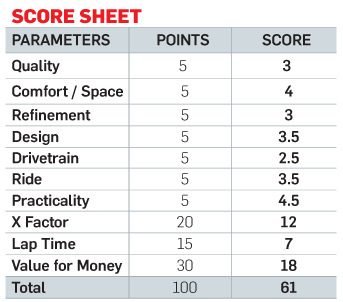 Sure, the design of the new Jazz is contemporary and stylish – but it’s not quite as futuristic and forward-looking as before. It’s the same problem in the cabin. The design is very similar to the City, and yet the quality levels have been compromised. It feels functional, but not premium – and, in this segment, that no longer works. There are some nice touches however, such as the 6.2-inch touch-screen infotainment system, which comes with a navigation system and is quite intuitive. The touch panel A/C control is another smart move by Honda.

When it comes to space, the cabin is undoubtedly very versatile. Four six-feet plus adults can stretch their legs and sit comfortably. It’s an incredible family car, as there are numerous storage spaces available – to the tune of nine cup-holders, no less. The rear bench and front passenger seat both recline to simulate the comfort of a lounge chair. The split rear seats can also be folded individually, or dropped completely to increase the boot space substantially.

In terms of refinement, though, the Jazz takes another hit. The 1.5-litre diesel is noisy, and the NVH levels aren’t at the level of its competitors. The power delivery, though, is suitable for city driving and the car is very fuel-efficient as well. The petrol is a lot more silent, but its power delivery is underwhelming. Honda’s are normally a blast around the track, and you can feel the potential hiding in this chassis – but in focusing on economy and price Honda just hasn’t been able to unlock the inherent goodness of the Jazz.