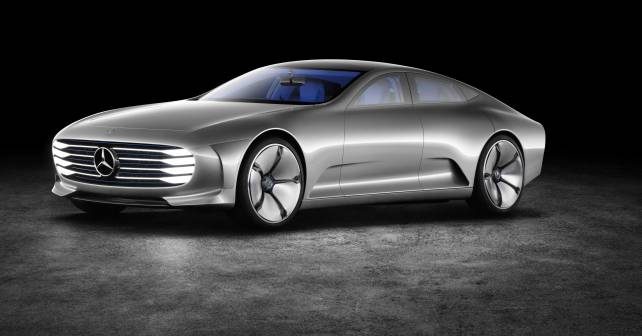 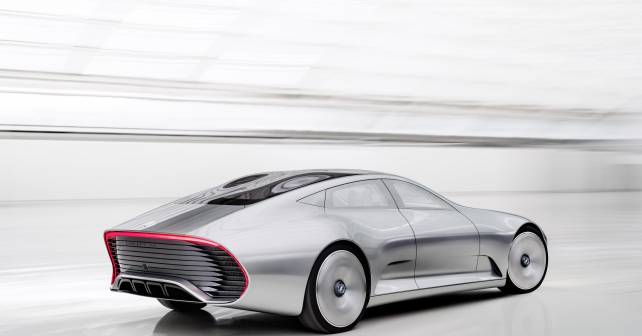 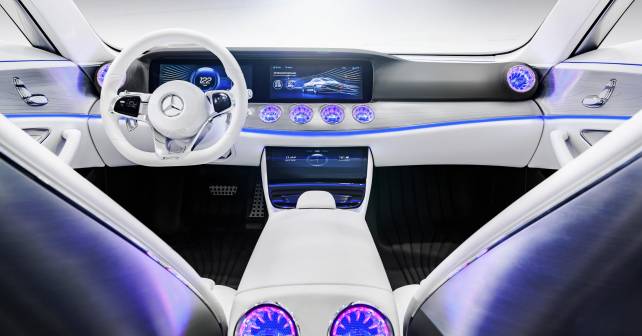 Christened as the IAA, the vehicle transforms itself automatically into an aerodynamic beast at speeds in excess of 80km/hr or with a press of mode. Eight segments extend at the rear, increasing its length by 390mm, while front flaps in the bumper extend by 25mm to the front and 20mm to the rear. In this mode, the car has an aerodynamic drag coefficient of just 0.19.

"Fascinating and technically sophisticated cars form the core of Mercedes-Benz. The 'Concept IAA' applies intelligent innovations to resolve the conflicting aims of functionality and aesthetics and shows that we still have plenty of ideas on how to achieve further improvements in efficiency," says Prof. Dr Thomas Weber, Member of the Daimler Board of Management responsible for Group Research and Head of Mercedes-Benz Cars Development.

In normal mode, the IAA functions as any other four-door coupe, featuring a large rectangular grille up front, with rounded edges.

Inside, the IAA sports a two-spoke steering wheel which incorporates touch-based operating functions. Mercedes have tried to amalgamate the interiors of its flagship S-Class with that of its vision of a future business saloon.

Under the hood, the concept car carries a hybrid engine capable of producing 279 bhp, with top speed electronically limited to 250km/hr.