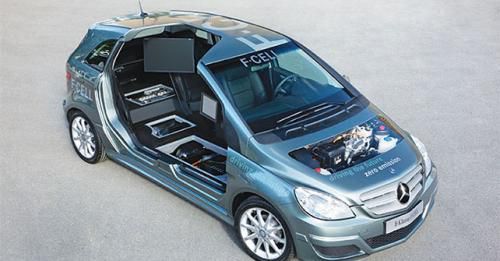 In part two of a four part series, we take a look at Hydrogen Fuel Cell – a green technology that holds a lot of promise in the automotive world.

In our last issue, we looked at what is the most popular eco-friendly vehicle propulsion technology that currently exists – Hybrids. However, in this month’s article, we widen our horizon to look at a technology that holds massive promise for automobiles in the future.

As is commonly believed, fossil fuels are finite in nature – and, therefore, at some point or the other, they will run out. Now, concentrating on the automotive industry, most of uscan’t imagine a life without automobiles. The freedom and comfort they provide, combined with the passion they inculcate in many of us, and the fact they allow us to travel huge distances in safety, mean that we rely on them heavily. But the fossil fuel problem is a real one,which is evident by the ever-spiraling price of fuel – a trend that’s hurting economies and consumers worldwide.

For many years now, however, some companies and governments have been working on a technology that offers much of the benefits of fossil fuels – without the limitations. At the heart of this are Hydrogen Fuel Cells. What differentiates Fuel Cells from other technologies is the fact the cells use Hydrogen to produce energy. When Hydrogen mixes with Oxygen, it produces a chemical reaction that generates energy within the cell, which is used to charge a high-capacity battery that in turn powers electric motors connected to the wheels.

Now that might sound similar to electric cars, but the difference is – since Hydrogen is stored onboard in a high-pressure tank – it allows the Fuel Cell powered car to cover distances similar to a conventional powered one. Secondly, since refueling Hydrogen is almost as quick as refilling petrol, no extra time is spent replenishing the vehicle’s range. Thirdly, combining the two elements that produce the energy creates water (H20) as a byproduct.So, the only emissions that a Fuel Cell car produces is water – making it one of the most environmentally friendly means of transport. Fourth, and perhaps one of the biggest factors in favour of Fuel Cells, is that their efficiency hovers around the 60 percent mark, which is a massive jump from internal combustion engines that have an efficiency of 20-25 percent at most. This means that for the same amount of fuel used, a Fuel cell powered car can do three times as much work as a traditional car.

But, there are significant challenges before the technology can be commercially viable – the first of which is producing Hydrogen in the first place, a process that’s still in the development stage. The other challenge is to safely store Hydrogen.Unless stored in a safe, pressurized container, it can be highly volatile and dangerous. Third is that for Fuel Cell vehicles to work there would need to be a parallel storage and distribution network similar to the one that exists for petrol pumps. And since this will be neededon a global scale, it’s a massive task (with estimates putting the cost of this above $500 Billion), which most stakeholders are not ready to commit on.

Multiple companies have been at the forefront of Hydrogen vehicle development, with Honda, BMW, and Mercedes-Benz being some of them. In fact, in Los Angeles, a pilot project has seen a few Hydrogen pumps already set up.

Fuel Cells hold massive promise for clean, environmentally friendly motoring in future, but there’s yet much work to be done before we can expect to see these machines out on our roads. 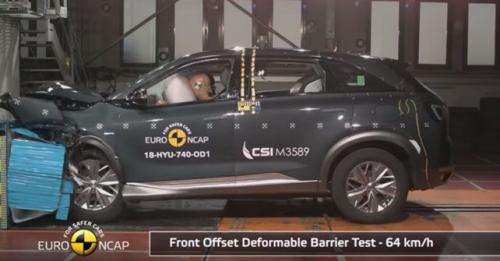