TECH: For Bosch, The Future is Now 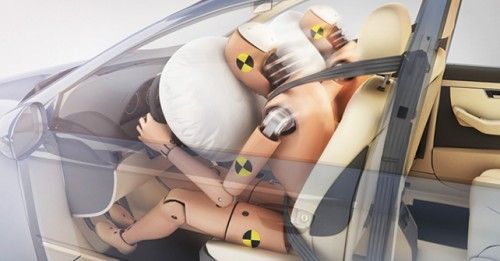 It’s not often that you find a car component manufacturer come out in the open and invite the journalist fraternity to capture a glimpse of what is currently baking in its oven. But Bosch India is an exception to that rule.

We had with us the top brass of Bosch India to discuss, showcase and demonstrate the German company’s elaborate plans and technology that we will soon get to see in the cars of today and the future. Mr. Manfred Duernholz, Joint MD of Bosch Limited, started the proceedings by telling us about the agenda for the day.

As Mr. Baskaran R, VP diesel systems R&D started with his presentation, it was quite clear how Bosch had evolved in the past 4 years only in the field of Common Rail systems. Bosch is working on systems like the exhaust gas treatment and one such tried and tested system was the Denoxtronic 6.5 which provides an improved fuel efficiency in cars of up to 3%. With the technical centre, for both two and four wheeler testing capabilities in Bangalore, Bosch is looking to ramp up the production of such systems while also taking into consideration the market trends.

Moving on Mr. Murlidharan, VP Automotive Aftermarket, explained to us how the company was all geared up to invest and start Bosch operated Bike Service Centres across the country. The Bosch product portfolio for bikes is extensive and it covers spark plugs, charging coils, clutch plates, brake pads, oil filter, air filter and many more. It would be a sensible option for them to directly enter into after sales service segment in India and so they have. Since Bosch even makes diagnostic systems for two-wheelers, it would be easier for the company to source it and set it up at their own facility. Having already opened 100 outlets in South India, Bosch plans to increase the number of outlets for better reach.

Coming to safety features; it was Mr. Mohit Kochar, Head Marketing – Bosch Chassis System India, who gave us a realistic picture about the current scenario. Systems like ABS, airbags and ESP are standard in the developed nations but India still lags behind and though price perception is the one enemy that prompts the consumer to opt for a lower variant of a car, the awareness of ‘safety before anything’ has to be created and Bosch India is already taking steps towards making this possible.

Car multimedia is another area in which Bosch has continuously showed interest and development in. The car infotainment system is a rather big business now and Bosch definitely wants to stay ahead of its competitors in this area of expertise and their hard work to making such complicated systems has paid off and we will soon see a lot more development in that area.