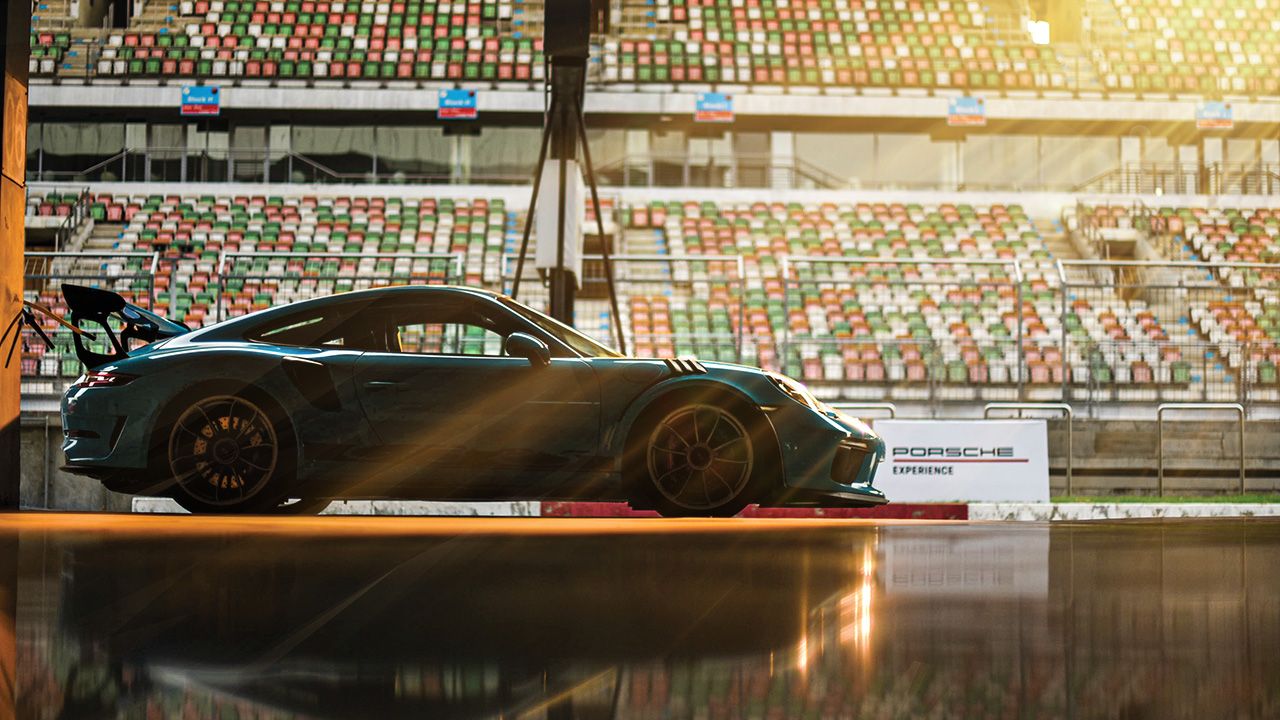 We lust at the beautiful machines being driven at the Porsche Experience, from the sidelines.

A manual Porsche is at the top of every enthusiast’s to-drive list. It has to be. There are phrases in the bible directly referencing the magic felt when you drive something Weissach’s engineers have cast their spell upon. Get enough petrolheads together around a table and hero stories of manual-flat-six Porsches inevitably come up. The track-focused RS models grab the headlines, but it’s the non-RS GT cars (with manual gearboxes) that tug at the heartstrings. And there it was right in front of me, sitting pretty in BIC’s pitlane, the lucid GT Silver Metallic paintwork flowing over its haunches – a 718 Spyder. 4.0-litre flat-six, six-speed manual – no turbochargers, no PDK, no roof. The dream.

Right behind it is the antichrist. A 991.2 GT3 RS, screaming in Miami Blue with satin Aurum rims. This one gets a naturally-aspirated flat-six that shrieks to 9,000rpm, a 7-speed PDK and, wait for it, no climate control. An absolute boss spec. Perhaps not as loud, but equally bright is the Python Green Macan GTS. Turbocharged of course, but the 2.9-litre twin-turbo V6 should still make a sweet, sweet symphony down the back straight.

There were more Porsches around, including a GT Silver Metallic Panamera Turbo S which, at 621bhp, had the bragging rights of being the most powerful car there. The Guards Red 911 Carrera S Cabriolet was cool too, as was the Crayon Cayenne Turbo complete with the stunning Club Leather interior in Cohiba Brown-Truffle Brown. 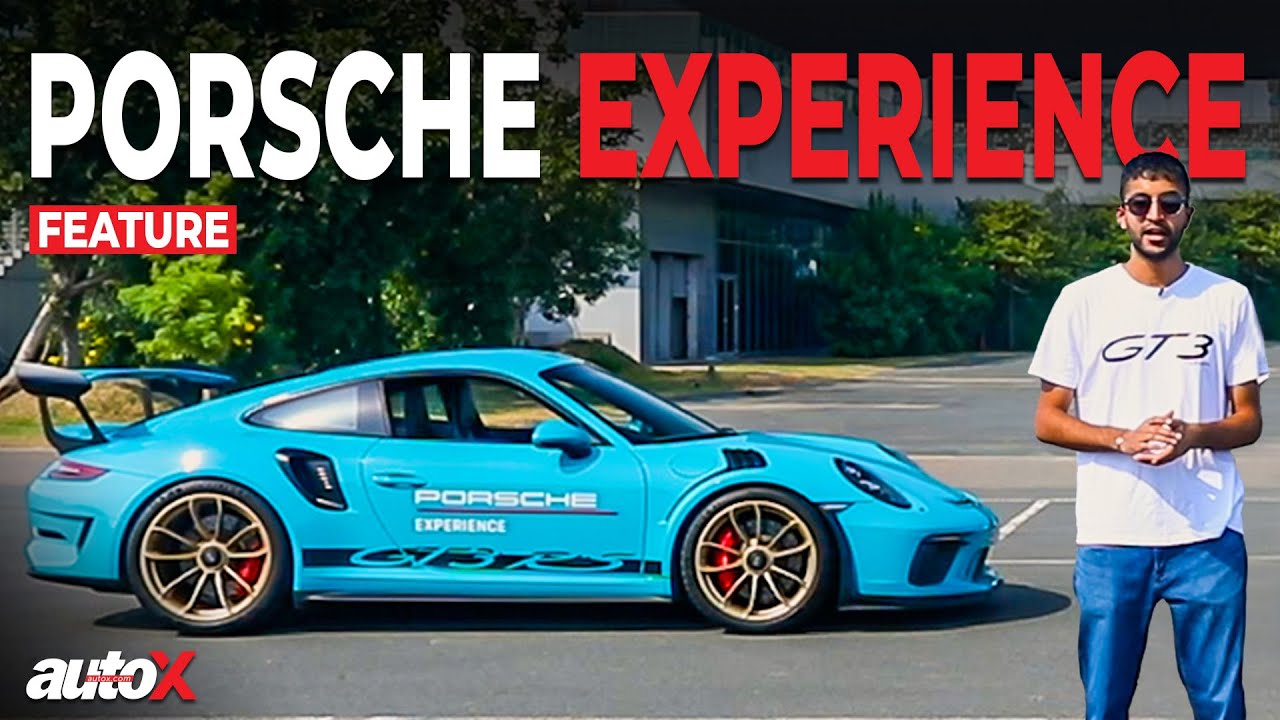 Keeping the carbon footprint in check were a pair of Taycans – a Frozenblue Metallic example, and one draped in Carmine red. Both were standard Taycans, but with almost ₹20 lakh worth of options on them that include LED Matrix Main Headlights Glacier Iceblue with PDLS+ on the Frozenblue car – a ₹3.19 lakh extra on its own. The Carmine Red one isn’t far behind on the spec game though, with its 20-inch Taycan Turbo Aero wheels costing ₹3.13 lakh. Sheesh!

It’s almost eye-opening to see such bold, well-thought-out specs make it to India, and to Porsche India’s press fleet no less. Don’t tell anyone, but they also have a 718 GT4 RS on order in some shade of blue. Yes, the bonkers, more-expensive-than-a-GT3, no-holds-barred, 718-on-steroids is coming to India. Three of them. And there might be a PTS (Paint To Sample) example as well. Shh.. you heard it here first.

All these cars were here for the Porsche Experience which included driving activities like a slalom, a brake test, lessons on cornering and a few laps on the track to sample each car. Me? I was there to dream. 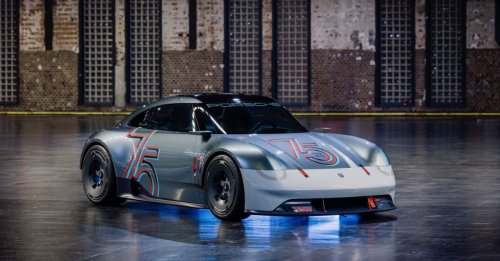 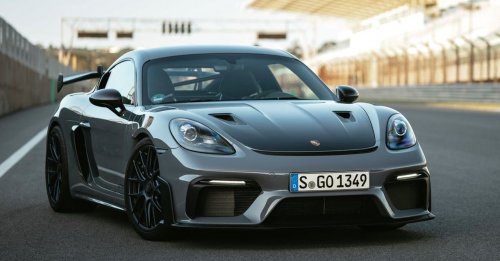 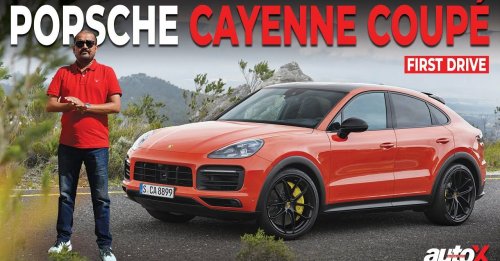 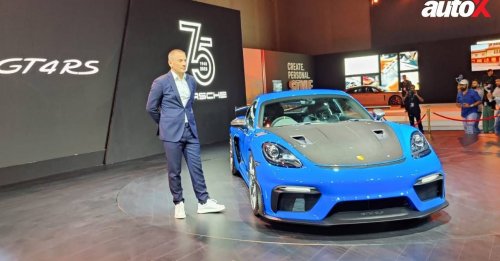 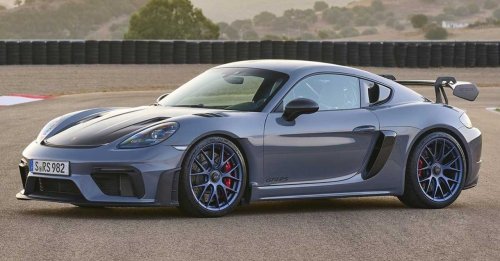 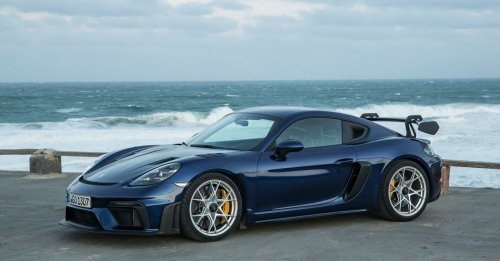