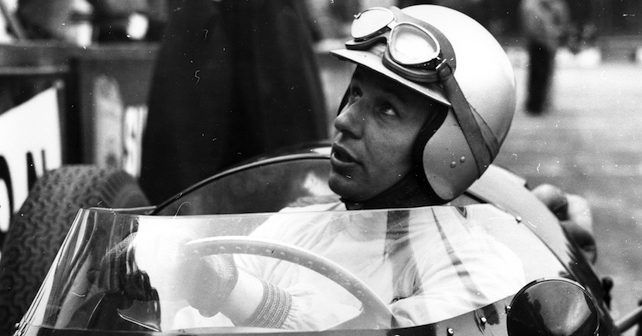 John Surtees\' racing career stands alone in motorsports history due to being a grand prix world champion on two wheels and four. 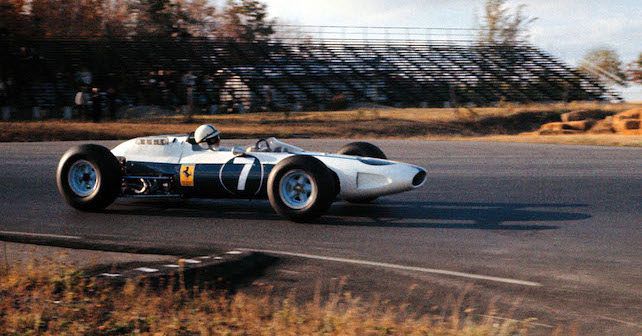 Surtees sealed the F1 world title with a second placed finish in the Mexican Grand Prix in 1964, when he was competing with Graham Hill and Jim Clark for the crown. 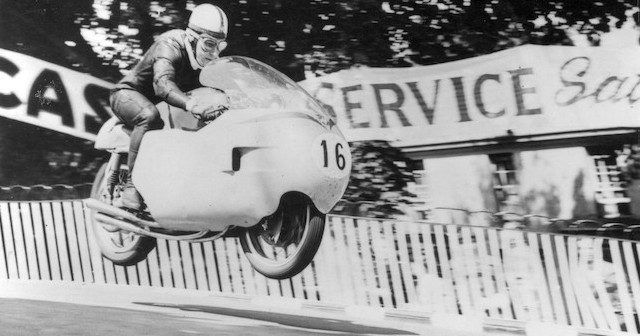 MV Augusta was the Italian marque on two wheels that took Surtees to glory in motorcycle grand prix racing\'s premier class first in 1956. 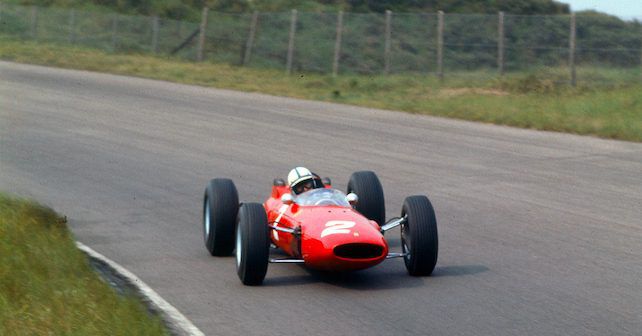 Six wins in F1, all but one of those with Ferrari along with 38 in the 350cc and 500cc class of motorcycle grand prix racing highlight a remarkable career. 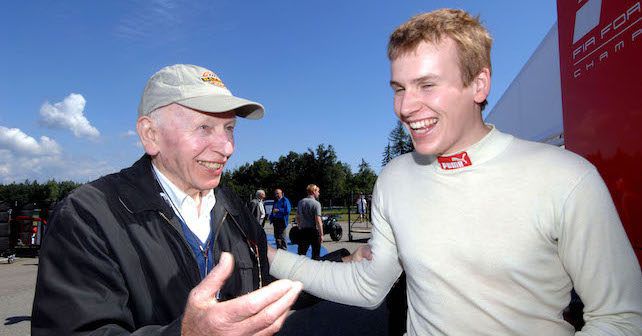 Surtees cheated death in a deadly era of motor racing, but unfortunately lost his son Henry in 2009 - who was 18 at the time - after a crash in Formula 2 racing.

Ordinary folk who live their lives from nine to five a day at a time often make bucket lists. Things to check off their list so that when the time comes to call it quits permanently, they can look back and say "Yes! I did that!" For those who have an interest in sports, that bucket list may include seeing such an event live instead of on a television or simply reading about it.

It is not all that different for those who participate in such events. There is always that one particular event or title that a sportsperson will want to lay claim to. When it comes to motorsport, few achievements top being a MotoGP champion, Isle of Man TT winner and a Formula 1 world champion. And that is exactly what the recently deceased John Surtees could lay claim to.

For the Englishman, who passed away last Friday at the age of 83, the years 1956 and 1964 hold particular significance for him. Although his winning ways were not restricted to just those two seasons, those were the years when he was able to claim a premier class MotoGP crown, a TT win and an F1 title, respectively.

1956
Motorsport is as much about luck and timing as it is about skill and technical superiority. The 1955 season had marked Surtees' fourth year with British motorcycle firm Norton. His record since 1952 had seen him start just five races in the premier 500cc class of motorcycle grand prix racing, out of which just two resulted in points scoring finishes.

The reason was fairly clear. Norton was in severe financial difficulty and was unable to compete hard at the top level of MotoGP, something that the precociously talented Surtees was eager to do. This eagerness led to a switch to Italy's MV Augusta in 1956. The marque had been beaten to the premier class crown the previous year by Gilera but the combination of their bike and Surtees proved to be potent, to say the least.

A victory at the opening round at the Isle of Man TT was followed by two more wins and then not participating in the remaining three races of the year. It didn't matter, however, as Surtees' points total was unable to be eclipsed and he was crowned champion at the age of 22.

Surtees also competed in the 350cc class where he notched up a win and a second place. The 1957 season was a slight blip before he and MV Augusta utterly dominated the MotoGP in its premier 500cc class and 350cc class from 1958 to 1960. Eighteen wins, three 500cc titles as well as 14 wins and three titles in 350cc racing too. A bigger challenge beckoned, however, and late in 1960, Surtees turned his attention to the pinnacle of four-wheel racing.

1964
Much like his two-wheel triumphs, Surtees' greatest day in F1 came with an Italian team after trying to make it big with British squads, only to be noticed by a big factory team from Europe.

Racing campaigns from 1960 to 1962 resulted in three second place finishes from 21 F1 starts. Reliability in those days was nothing like it is today and retiring from a race was common for a lowly independent team.

Things changed drastically in 1963 when Surtees joined Ferrari to score three podiums, including his first win at the German GP.

Reliability played a part in the year he won the title, where his Ferrari retired four times from the ten races that counted towards the F1 crown. Five podiums from the five races he did finish until the season finale in Mexico City - including two wins - kept Surtees very much in the hunt for the title along with fellow Britons Jim Clark and Graham Hill.

Hill was the favourite, having a five point lead over Surtees and nine ahead of Clark. In order to win back to back titles, Clark would have to win but also count on his rival compatriots running into trouble. In qualifying, the Scotsman took pole and got away perfectly at the start. His two rivals did much worse: the strap on Hill’s goggles broke, while Surtees was slowed with an engine problem which rectified itself during the race.

At the end of the first lap, led, with Hill tenth and Surtees 13th before the two of them clawed their way up the order.

However, Hill was then slowed by a collision with Lorenzo Bandini in the other Ferrari. Hill's BRM was damaged and had to pit for repairs. At this point, it looked as though Clark was heading for the title but, with seven laps to go, the Lotus began to lose oil. On the final lap, the Lotus breathed its last and his race was over. Dan Gurney now led in the Brabham, followed by Bandini and Surtees. With Hill out of the points, Surtees still needed to finish second to take the title. Bandini did the decent thing as a team player, and Surtees went on to secure both titles.

Although technically, Surtees won the title for the North American Racing Team, as Ferrari had named itself following a dispute with the Italian racing authority over homologation of its new mid-engine racing car.

Of course, the bigger story was Surtees' unique feat of becoming a grand prix racing world champion on two and now four wheels was the far bigger story.

The Englishman stayed with the Italian squad for two more years before leaving to race with three more squads before doing so with a team bearing his own name until 1972.

But the years 1956 and 1964 are what will stand out as the definitive ones in a truly remarkable career.