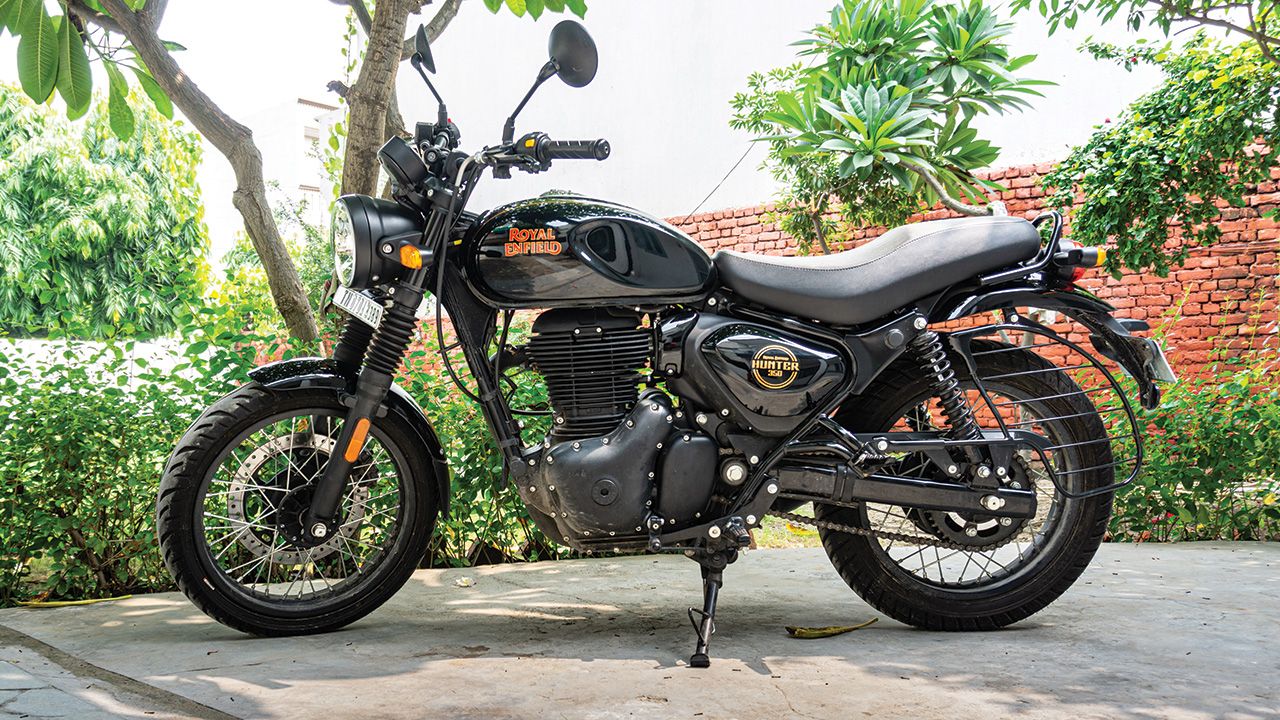 Our long-term Hunter wasn’t used much this month, thanks to our hectic schedules owing to the anniversary issue, followed by a week-long Diwali break. That said, I did take it out a couple of times in between. So, here are some quick thoughts.

The version we’ve got with us is the Retro, whereas the one that you must have already seen in our ‘Best of 2022’ feature is the top-end Metro. Now, the Retro looks a little plain Jane in comparison, we’ve to say. Sure, the Retro is classy but it’s not as cool as the Metro with its dual-tone paint schemes and fatter tyres. The Metro also feels more premium and upmarket for sure. One more key difference between the two is that the Retro’s ride quality which, courtesy of its spoke wheels and skinnier tyres, is a smidgen better than the Metro’s, which feels a bit harsh on bad roads. However, the latter handles and brakes better (dual-channel ABS & rear disc). Having said that, the brakes on both versions could be better. The front brake has a spongy feel, and while the stopping force is just about adequate, you don’t have that initial bite and progression that you expect from a motorcycle in this segment.

What’s good: Ride quality is better than the Metro 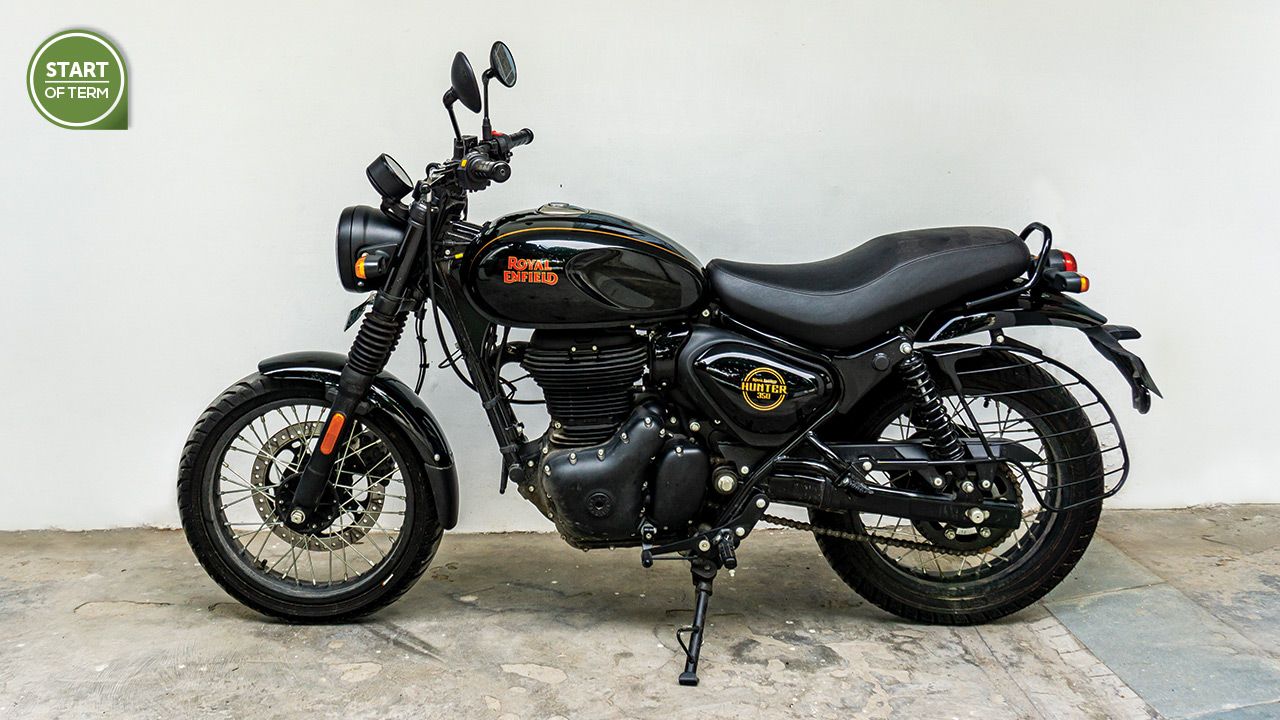 Another month, another new entry to our long-term fleet! The latest entrant to our garage is a motorcycle that’s probably the most happening two-wheeler launch in recent months. Yes, I’m talking about the Hunter 350. We’re now living with one – it’s been over a month, in fact.

Now, the Hunter 350 that I rode in Thailand during the press ride was the Metro version. The one we’ve got here in Delhi, however, is the Retro version. What’s different? Mechanically, nothing, but there are some cosmetic differences. The Retro variant gets fewer features and is more of an old-school design. And this means that it’s a lot more affordable too, which also means that it’s the base model of the line-up.

Compared to the Metro, the Retro doesn’t get alloy wheels – you get a set of classic spoke wheels instead. Get closer, and you’ll realise that even the switchgear, levers, and instrument cluster are different – they are more basic as compared to the Metro. What’s more, the single-piece seat doesn’t have the ribbed effect of the Metro, and the tyres are also skinnier on both ends.

On the move, there’s not much difference though. The Retro is agile, fun, and quick during daily commutes. At city speeds, the vibrations from the 350cc J-Series motor are well controlled, and there is oodles of torque to play with, irrespective of the gear you’re in. This long-stroke motor, in this application, is quite free-revving too, as more often than not you’ll find yourself hitting the limiter without realising. And because it’s much lighter than the Classic or Meteor (around 14kgs), the acceleration is quite sprightly. 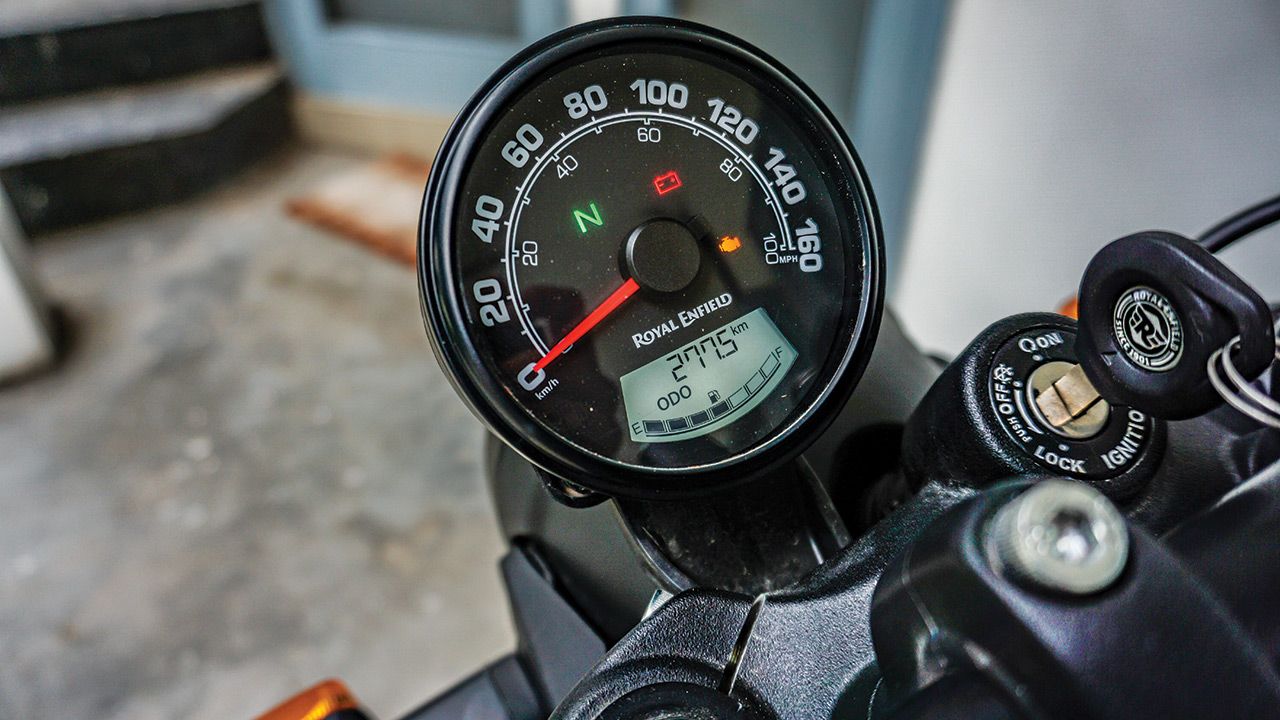 Thanks to its sharp geometry, it tackles the daily grind with aplomb. You can squeeze in and out of tight spots, which, frankly, is not quite Royal Enfield-like. However, there’s no denying that it has a firm ride quality. The rear suspension definitely is a bit stiff than what you’d like on our roads. As for its fuel efficiency, it’s returning close to 28 – 30km/l, which is quite impressive, considering 70% of my daily commute is on the highway, where the throttle always remains wide open. 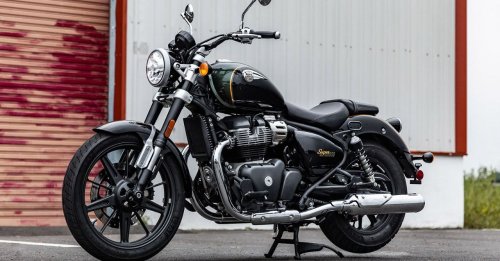