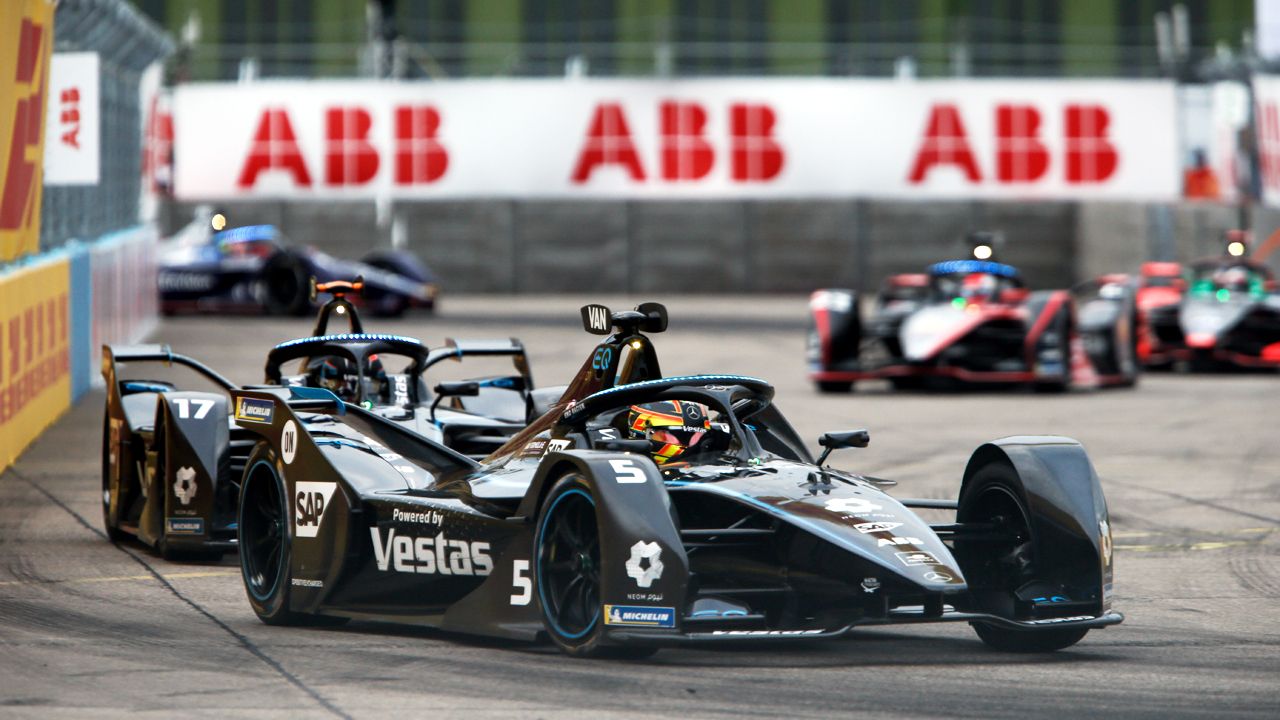 It was a 'dream' finish for Mercedes-Benz EQ FE team in the final race of the 2019/20 Formula E Berlin finale, as drivers Stoffel Vandoorne (#5) and Nyck de Vries (#17) secured a stellar one-two finish for the team, wrapping up the current season. Not only was this Mercedes' first victory of the season, but it was also Vandoorne's maiden Formula E win and de Vries' first-ever Formula E podium finish.

Mercedes' dominance in the final race began right in the Superpole session  – it was the only team to have both its drivers in the session. Vandoorne started the race from pole, while his teammate started from fourth place.

This time, Sebastien Buemi (#23)) led the charge for Nissan and started the race from second on the grid, followed by Audi's Rene Rast (#66) who once again stunned everyone and took the third spot on the grid. De Vries made a clever move on Buemi and Rast, who were running short on usable energy during the race, and successfully managed to get ahead of them into second place. Meanwhile, Vandoorne led the race from start to finish, claiming the victory.

Folks at Nissan weren't too sad either, as Buemi claimed the final spot on the podium, followed by Rast in fourth place. Frijns' teammate Sam Bird (#2 - Envision Virgin Racing) rounded off the top five.