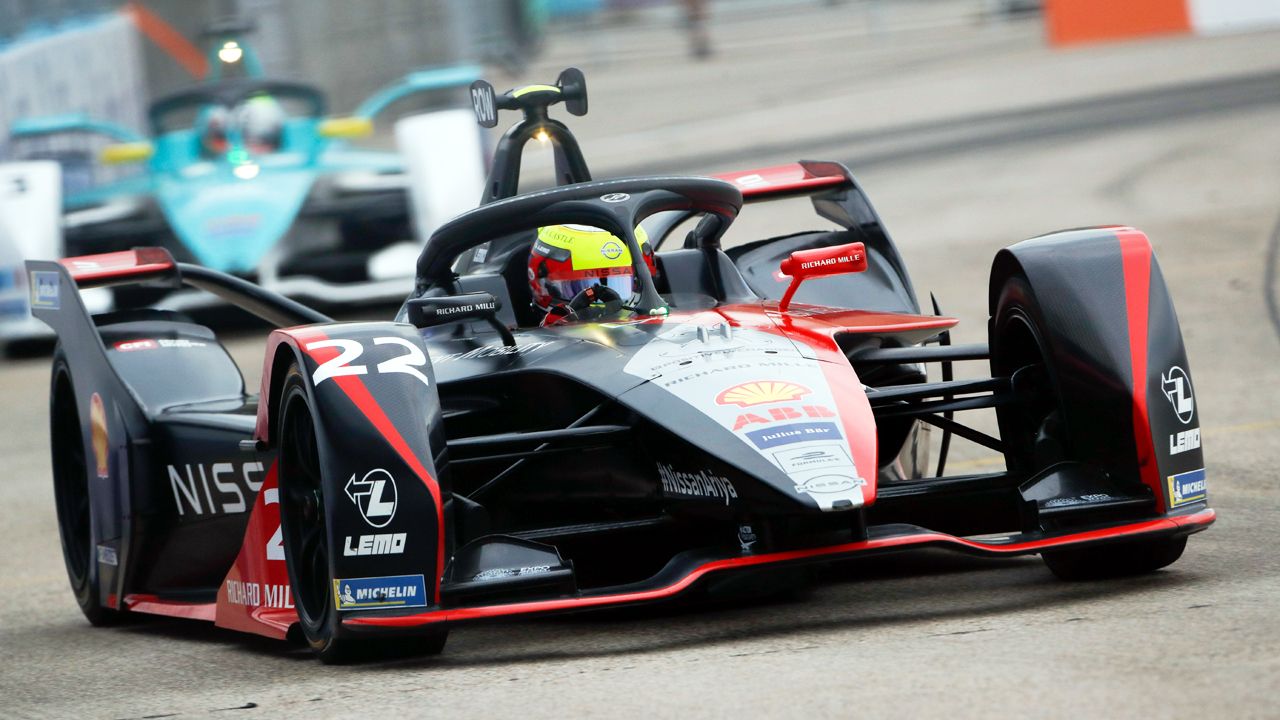 The fifth race of the six-part Formula E Berlin finale saw an unexpected reversal of fortunes, as underdog Oliver Rowland fetched Nissan its first victory of the season.

The penultimate round of the 2019/20 Formula E Berlin ePrix finale saw some gutsy racing. Since the championship was already sealed in the previous round, racers had the opportunity to look forward to some hardcore racing and put in their best effort to secure the remaining places in the overall championship.

The fifth race belonged to Nissan e.dams' Oliver Rowland (#22), as he topped the Superpole session and led the race from start to finish to register his first-ever Formula E win. The Brit was clearly ecstatic about his maiden Formula E on the team radio as he crossed the finish line. Behind him, Envision Virgin Racing's Robin Frijns (#4) gave Rowland some good competition. Frijns started from and finished the race in second place, fetching his team & himself some valuable points.

DTM champion Rene Rast (#66), who signed up with Audi Sport ABT Schaeffler to take over Daniel Abt's spot in the Berlin ePrix finale, surprised everyone, as he managed to claim fourth place in the Superpole session and took home a podium finish after a very hard-fought duel with Porsche's Andre Lotterer (#36). Side-by-side on numerous occasions on the final lap of the race, both Rast & Lotterer were at their aggressive best, bumping into each other while overtaking (all legitimate moves). In the end, though, Rast went pass Lotterer on the final turn and snatched the final step on the podium.

Behind Lotterer, Mahindra Racing's Alex Lynn (#94) finally found his lucky streak and managed to bring home a well-deserved fifth-place finish, after starting from the same place. Lotterer's teammate Neel Jani (#18) too had a good outing, with the Le Mans champion securing the sixth place after he started from an impressive third place.

The current champion though, DS Techeetah, had an unfortunate fifth race, as the champion, Antonio Felix Da Costa (#13), suffered a DNF and his teammate, Jean-Eric Vergne (#25), finished 18th.