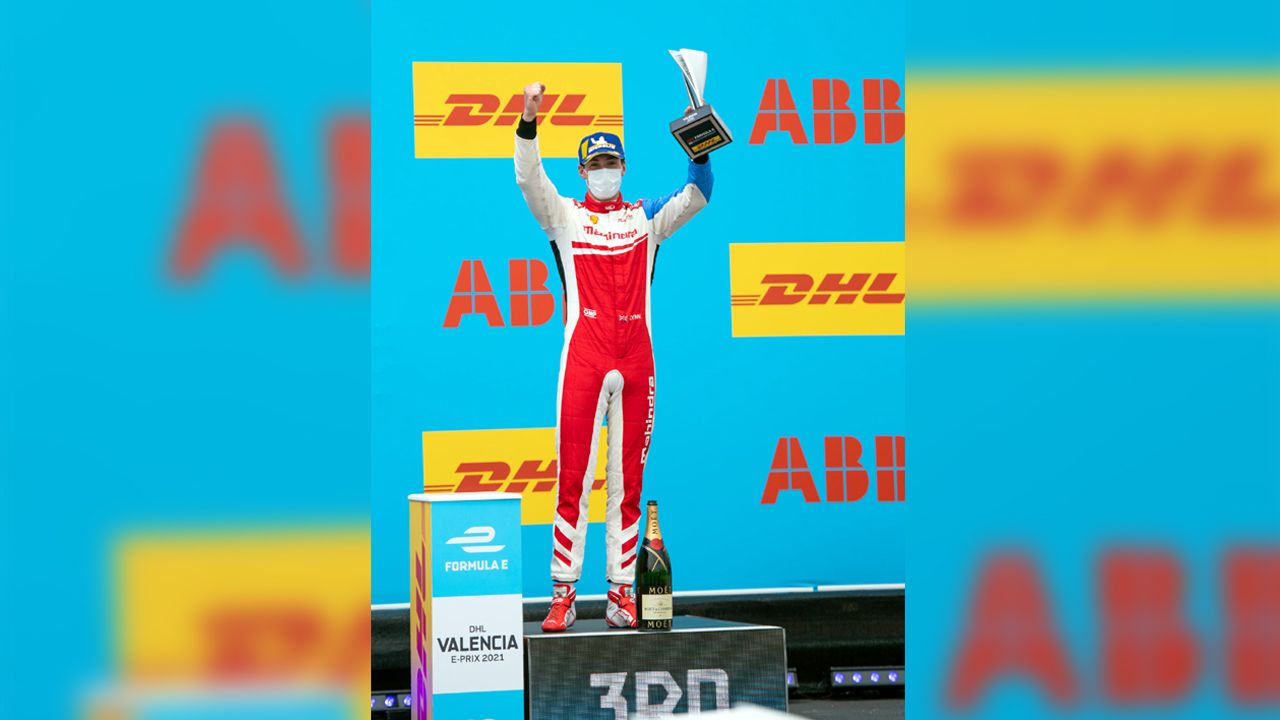 After scoring his maiden podium finish of the season last month in Valencia, Alex heads to Monaco with a renewed confidence and, of course, hungry for more such results!

We head to Monaco this week for the next round of the ABB FIA Formula E World Championship. It’s been an extremely busy time for the whole team, running a third of the season 7 races in a five-week period, but we head into this weekend hungry and confident after our podium last time out in Valencia.

I’ve been close to a podium so many times in Formula E, and to finally get my first one with Mahindra Racing in Spain felt super sweet! The whole team and I have been working so hard, and it feels right to finally get one on the board.

We can say we could or should have won that race but, unfortunately, we got taken out of a nice position [by Norman Nato], but that’s the way it goes sometimes. I could tell the drivers behind me were getting anxious and a bit racy and that ended with us being pushed into the gravel. It was a high-speed game of chess really, but we showed the fortitude to come back from ninth to finish on the podium and I’m really happy about the result.

From Valencia we headed a couple of hours away to the Calafat circuit, also in Spain, to do a test day, and then I have been back in the UK on the simulator doing preparation work for Monaco, so it’s been a really busy time between races.

Monaco is a special track and this year, for the first time, Formula E will be running on the full track; a slightly modified version of the famous Formula 1 circuit. It’s a track every motorsport fan knows - I have memories of watching F1 when I was young – it was always a mythical and special event to watch on TV. I was the biggest Michael Schumacher fan and he always went well in Monaco.

The Formula E race is going to be a real challenge because the track is very technical, even as a street circuit. I really like the circuit and have got some good results there in the past in different series; I have a fourth and fifth-place finish there on the big track from when I raced in the GP2 Series and I also finished in the points the last time Formula E raced there, albeit on the shorter track, in 2019.

It’s that race that you want to win but, by the same token, it’s worth exactly the same amount of points as every other race, so you need to drive the race and not the occasion. I don’t think overtaking will be that easy, so qualifying is going to be key. As a team, we’re building on some good momentum and starting to get the maximum out of the package we have, as well as starting to build a winning mentality. We’ll be approaching the challenge one session at a time in Monaco and focusing on the job at hand.