Shivank attempts to push harder in the TVS Media Race 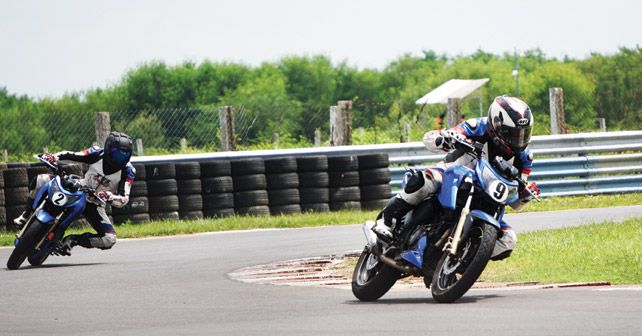 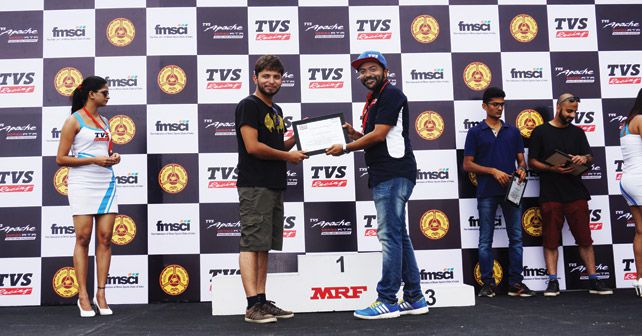 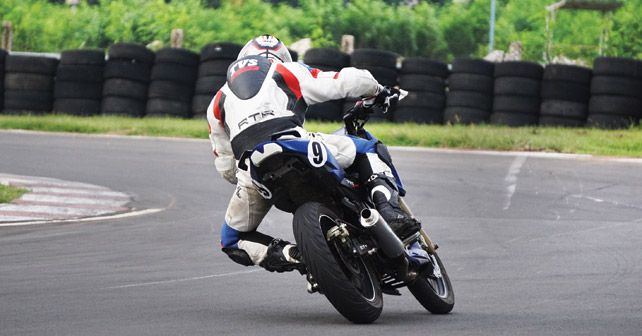 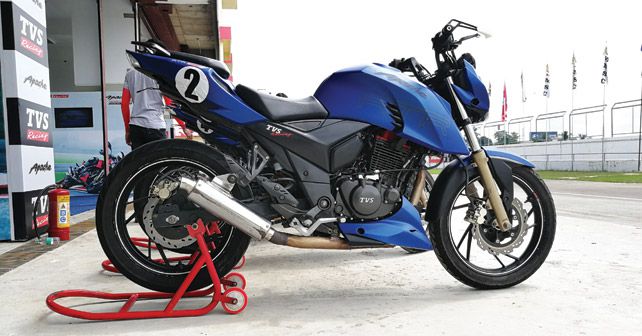 Shivank gets his first real taste of motorcycle racing in the third round of TVS Young Media Racer programme.

If you’ve been following the previous race reports about my experience at TVS Young Media Racer programme, you’ll recall that I was over the moon after finishing fourth in the last race. Now a couple of weeks ago, I found myself back on the Madras racetrack yet again for the third round. This time, though, I told myself that I needn’t be delusional anymore and should work on ways to go faster. In a nutshell, this race was all about observing the faster riders to understand where all I can cut crucial time from my lap times.

Actually, all my aforementioned plans were about to go for a toss on the night before the race weekend. I was contemplating to miss the third round since I was quite ill – stuffy nose, constant headache and what not. But then, greed got the better of me and I decided to fly to Chennai, hoping I’d feel better the next day. Things didn’t go to plan though. I reached Chennai in worse shape.

After taking a couple of pills, I felt a bit better and was on my way to the racetrack. As always, the two day event for us media guys would kick off with the practice and qualifying sessions on day 1 while day 2 would see us slug it out in the main race. Our practice session was only in the afternoon so I had enough time to recover from the flu. Everything was normal about the race weekend, save for the fact that we were using the short-loop instead of running the full circuit distance. That was a bit of a downer since I wouldn’t be able to compare my current lap times with previous ones.

The practice was going to be a 30 minutes session as usual. And for most part of it, I was busy getting back the hang of the race-spec RTR 200 rather than going for outright fast laps. Towards the end of the session, I started pushing a bit and it reflected in the lap times. My fastest time was posted in the 16th lap and I was the fifth fastest. That said, I was still 5 seconds off the fastest rider’s pace.

In the qualifying session, I decided to try and follow two of the fastest riders of our group – Rishaad Mody (Autocar) and Ashok George (Top Gear). Now while they left me trailing in their wake after just a couple of corners, I noticed a few things that they were doing differently. First of all is the body positioning. Their transitions were super smooth and they were hanging off the bike way more. In comparison, body positioning is something that I still haven’t got my head around. I mean, theoretically, I am all clear on where my head, shoulders, butt or knees should be pointing at while preparing for a corner, but it’s just so hard to put’em all in the right place during the race. And when my body posture is not right, I tend to lean the bike more in order to go faster. This means I run out of clearance sooner – the foot-pegs start scraping – and I lose a couple of tenths or a full second to get the bike back in shape.

That said, I still managed to qualify fifth, albeit I knew that there wasn’t much improvement from practice session. My lap times were more or less the same, but you could say that I was being consistent with my times. Leaving that aside, I now had to concentrate on finishing the race in the best possible position the next day.

Day 2 or the race day was pretty chilled out. I was feeling much better than the day before. Now, while I was placed fifth on the grid, I knew I had to have a cracking launch to defend my position as well as to take the fight to faster riders. Launching the race-spec RTR 200 is no easy task, though. The clutch is brutal and has a high bite point. You really have to be precise with it. If you botch it, you’ll just pop wheelies in first and second gear, while the rest of the grid will fly past. Thankfully, I didn’t mess it up this time and got a decent launch. I only lost a place to Abhik Das (Auto Today), who as I had found out in the last race is quite an expert when it comes to launching a bike off the line. I, however, didn’t lose sight of him and by the end of C2, I was right on his tail.

The rest of the laps were pretty exciting to say the least. For this was the first time that I felt like I was “racing”. You see, in all the previous races, I have never been with a rider that had an identical pace to mine. On most occasions I was just running a lonely race. Abhik and I, however, were evenly matched in this race – our qualifying times were within a second of each other. This resulted in some close racing between the two of us.

I followed Abhik for around 3 laps, trying to figure out the areas where I was stronger. And during all this time, I noticed that he was braking a little too early in C2 while he’d run wide around C10. I knew if I was going to overtake, these two spots were where it should be done. On lap 4, I decided and took a plunge on Abhik. I picked him in C2, braking later and harder and taking the wider line out. It was quite some feeling, I have to say. For the remainder of the 2 laps, I gave it all to keep him at bay and finished the race in fifth.

Overall, it was a great run, the last race. Sure, my body positioning is still not ideal and I am struggling to get it right. But, on the flip side, I had been pretty consistent with my lap times over the weekend. Plus, I just had my first taste of actual motorcycle racing. Now all I have to do is wait for the final round, where I intend to work on my body position as well as get some more adrenaline pumping by picking up battles with fellow riders.