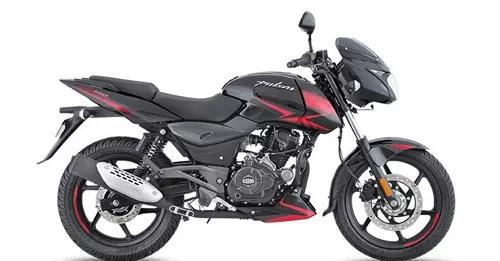 The Bajaj Pulsar 180 Mileage is 45 kilometers per litre.

The Pulsar 180 is one of the highest-selling motorcycles in the country. First launched in 2001, the 180 has been tweaked by the manufacturer over a couple of times in the past decade to keep up with the competition, however, the exterior design of the motorcycle has started to show its age. Updated for 2021, the Pulsar comes equipped with features like an LED taillamp, a semi-digital instrument cluster, and twin disc brakes.

The Bajaj Pulsar 180 comes powered by a 178cc single-cylinder air-cooled engine, which churns out 16.7bhp and 14.5Nm of torque. The power is sent to the rear wheel via a five-speed manual gearbox. As per the manufacturer, the Bajaj Pulsar 180 mileage is 45km/l.

The Bajaj Pulsar 180 new model features LED pilot lamps for the halogen-powered headlamp. The taillamp, on the other hand, is a full-LED unit. The instrument cluster is part digital, wherein the tachometer is analogue, while the digital cluster shows average speed, fuel, trip meters, and odometer.

When did Bajaj introduce the Pulsar 180 in India?

How many variants of the Bajaj Pulsar 180 are currently on sale?

The Bajaj Pulsar 180 is currently available in 1 variant.

Bajaj Pulsar 180 Price in Near By Cities