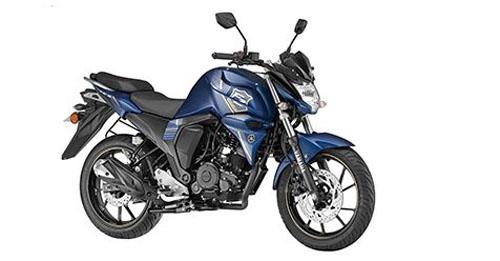 The Yamaha FZ S FI Mileage is 45 kilometers per litre.

The FZ S V 3.0, as the name suggests, is the third iteration of the racy Yamaha FZ. In comparison to the model it replaces, the V 3.0 brings a mere aesthetic update to the FZ-S series. The bike now gets a re-profiled fuel tank and large faux air intakes so that it retains the muscular stance associated with the FZ series. The seat is now a single piece unit and it now comes with a modified grab handle. The updates continue to the feature list too, as the bike now gets a negative LCD-backlit instrument cluster. All in all, the cosmetic updates make the FZ S V 3.0 heavier by around 5kg.

Since the updates are only cosmetic, the FZ S V 3.0 is powered by the same 149cc single-cylinder mill that propelled in the model it replaces. The engine is capable of churning out 13bhp and 12.8Nm of torque, and it is mated to a five-speed manual transmission. The Yamaha FZ S V 3.0 mileage, on the other hand, is rated at 45km/l.

To comply with the standard safety norms, the Yamaha FZ S V 3.0 new model comes with single-channel ABS as standard. On the electrical front, the headlamp and taillamp are now fitted with LEDs. The already-mentioned negative LCD-backlit instrument cluster shows vital information such as a tachometer, speedometer, odometer, and a clock.

Yamaha FZ S FI Price in Near By Cities