Since Moto Guzzi has fewer or no BS6-compliant vehicles in its product line-up, there is not much to show here. Stay tuned, as we'll update this page as soon as BS6-compliant products are introduced.

On 15th March 1921, Societa Anonima Moto Guzzi Bikes, one of the longest continually-running European bike manufacturers, was constituted in Genoa, Italy for "the fabrication and sale of motorcycles and all other activities pertinent or correlated to the metalworking and mechanical engineering industries". The partners in the company were the renowned Genoese ship owner, Emanuele Vittorio Parodi, his son Giorgio Parodi and his friend Carlo Guzzi. Guzzi was a former comrade of Parodi's in the Italia Air Corps during the First World War, as was another friend Giovanni Ravelli, an aviator - like Parodi - who died on 11th August 1919 during a test flight. It was in memory of this friend that the spread-winged eagle motif in the Moto Guzzi badge was chosen.

Moto Guzzi’s first motorcycle was the legendary 500cc Normale. This was followed by more successful models such as the 1928 Guzzi GT, titled ‘Norge’ to commemorate the polar expedition to the Arctic Circle undertaken by Carlo Guzzi’s brother on it and the Airone 250, launched in 1939 which remained Italy's best-selling medium capacity motorcycle for over 15 years.

In the meanwhile, the marque also notched up numerous racing successes. The first was in the prestigious Targa Florio in 1921, which marked the beginning of an impressive succession of victories: Up until its withdrawal from motorsports in 1957, Moto Guzzi two wheeler accumulated an enviable collection of accolades including, among other titles, an astonishing 14 World GP championships and 11 Isle of Man Tourist Trophies.

In 1950, Moto Guzzi bikes became the first motorcycle company in the world to build a motorcycle-specific wind tunnel, installed at Mandello del Lario in Italy. Soon, Moto Guzzi motorcycles achieved legendary status for creating the Otto Cilindri, a V8-powered racing bike which could hit speeds of up to 285 km/h in the 1950s, a bike much ahead of its time. Unfortunately, its extreme speed ensured its minimal success, even on the track.

On 30th December 2004, Moto Guzzi motorcycles became a part of the Piaggio Group. Expressing the spirit of this new era for the brand was the Moto Guzzi Breva 1100, presented in March 2005 which signified a new and successful Italian offering for the naked bike segment. 2005 also saw the widely-acclaimed launch of the Griso 1100, a bike boasting original engineering solutions and unique styling. From April 2006, the Breva and Griso have also been offered with Moto Guzzi’s hallmark 850cc engine.

Piaggio entered the Indian two-wheeler market in 2012 by opening Northward Motors, India’s first Moto Guzzi dealership in Gurugram, Haryana. In other parts of the country, Piaggio sells the Moto Guzzi bike brand with other marques such as Vespa and Aprilia under one roof, through their ‘Motoplex’ dealerships. The Pune Motoplex showroom, opened in 2015, was the first one from the company in all of Asia. Initially, the Moto Guzzi bike models on offer were the Griso 1200 8V SE, the V7 and the Breva V1100, all models brought as CBUs to the country. In 2013, Moto Guzzi added the Bellagio to its India line-up. 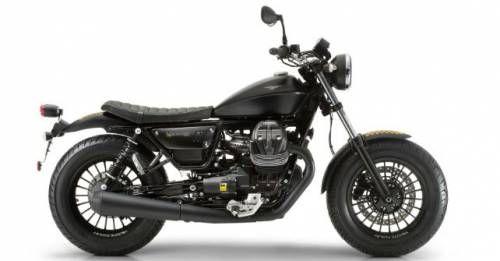